XRP stumbles as Polkadot takes over becoming the fourth-largest cryptocurrency 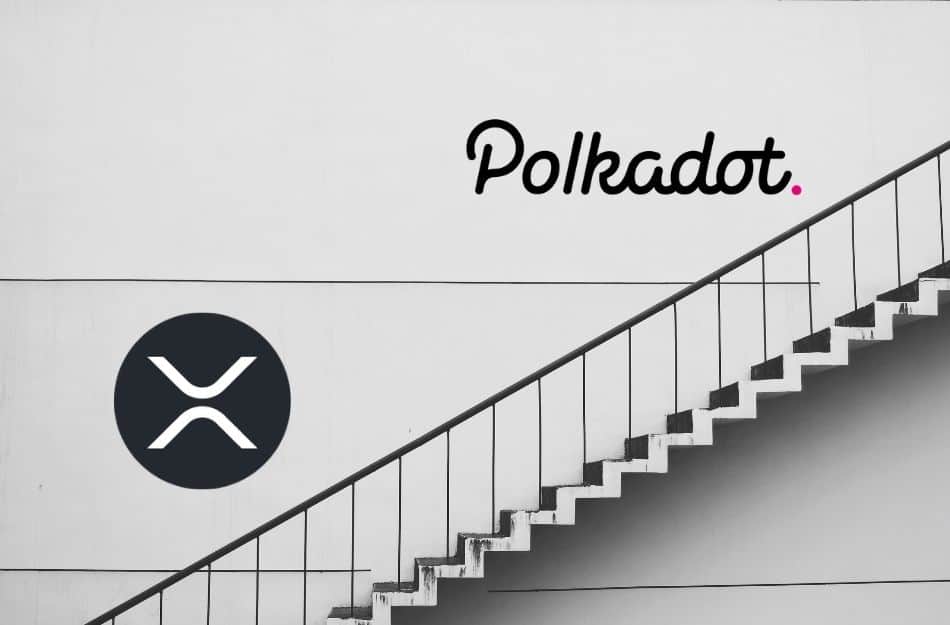 XRP has been grabbing headlines ever since the American Securities and Exchange Commission (SEC) filed a lawsuit against Ripple. After the altcoin was accused of being a security, it bid adieu to several exchanges. As a result, the crypto platform onboarded over 21 lawyers to precede the case against the financial regulator.

However, over the last few weeks, XRP has been witnessing a slump with regard to its price, and the coin’s market cap also seems to be going for a toss. Even though Litecoin [LTC] had previously ousted XRP from the fourth position, the latter managed to recapture it after a brief moment. However, now XRP has stayed in the fifth position for quite a while and a new coin has taken its spot. Polkadot [DOT] slid under the crypto spotlight after soaring past $10 billion in market cap.

Polkadot [DOT] has been on an upward trajectory with its price surging by over 65% since the last seven days. The asset continued hitting a new all-time high each day. At the time of writing, DOT was trading for $15.07 with a 6.50% daily rise.

XRP proceeds to face the reverberations of the lawsuit as exchanges continue to remove support for the altcoin. Prominent cryptocurrency exchange, Kraken is the latest to halt trading for XRP in the US. Citing the lawsuit, the firm said:

“Given the recent SEC filing against Ripple Labs Inc., we are halting XRP trading for U.S. residents no later than January 29, 2021 at 5pm PT (January 30, 2021 at 1:00 UTC). We may begin implementing this process at any time on January 29, 2021, so all U.S. clients are strongly encouraged to resolve their positions prior to that day.”

The price of the altcoin had slipped down to $0.28, at press time. The coin was dropping by over 3.27%. Will XRP ever see good days ahead?

The low volume in the XRP market revealed that the asset being barely traded. The 50 daily moving average was above the 100 daily moving average, which is considered to be bullish. However, both these lines were above the candlesticks which paved the way to bearish momentum. The Chaikin Money Flow Indicator also revealed a bearish sentiment as the marker was below zero.

Polkadot Ripple and XRP SEC
Disclaimer
Read More Read Less
The information provided on this website shouldn’t be considered as investment, tax, legal, or trading advice. Morning Tick is not an investment advisory platform, nor do we intend to be. The publication, its’s management team, or authored-by-line doesn’t seem liable for your personal financial losses, which may be due to your panic decisions based on the content we published. We strongly recommend considering our stories as just a piece of information, unlike advice, recommendations, or requests. Some of the contents may get outdated, updated, or inaccurate despite our profound editorial policies. We urge readers to do their due diligence before making any investments decision with ongoing IDOs, ICOs, IEOs, or any other kind of financial offerings. Few outbound links may be commissioned or affiliated, which helps us grow financially and maintain healthy editorial norms. For more information, visit disclaimer page.
Share. Facebook Twitter Pinterest LinkedIn Email Reddit WhatsApp
Previous ArticleRipple teams up with 21 lawyers to fend off SEC’s $1.3B lawsuit
Next Article Ethereum fails to navigate the road back to its ATH; staggers at $1.2K