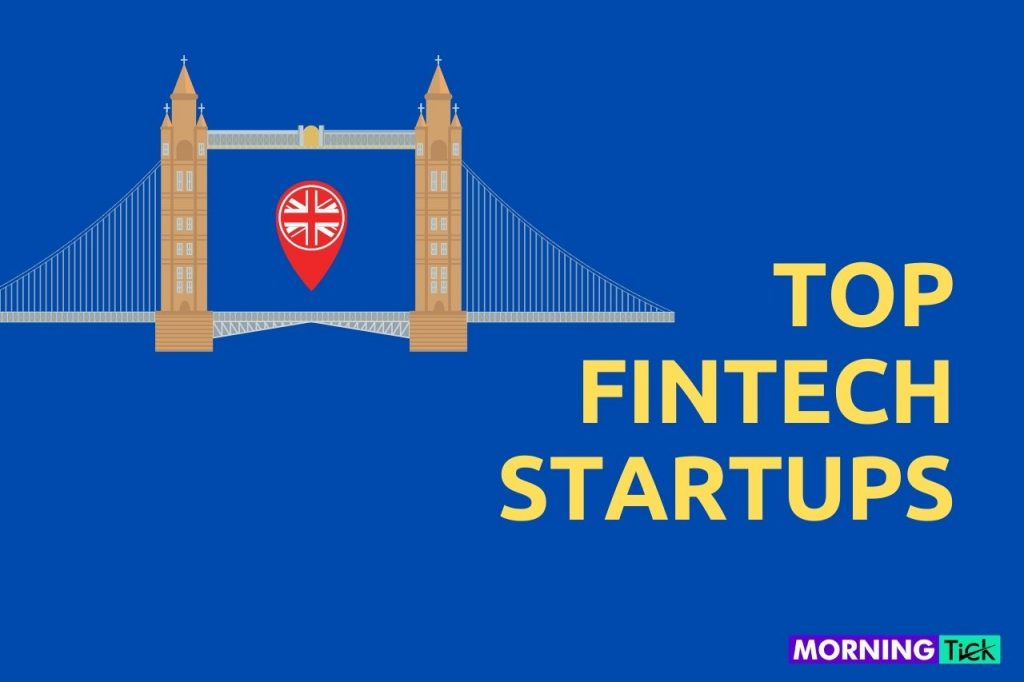 The ongoing pandemic has caused businesses in all sectors to remodel internal processes. Applications in the likes of Microsoft Teams and Zoom have catapulted into most people’s living rooms as key meetings and conferences have gone online.

Those who were unable to make the switch to digital regretted not doing so. For instance, retail and hospitality businesses witnessed a massive blow with many established companies going under. However, one sector which has flourished with billions of dollars being pumped in is tech. Investment into UK tech companies reached a record £10.1bn – up 44% compared to the previous year according to a study by Tech Nation.

In specific, the fintech industry in the UK has gone from strength to strength, making the country second to the US for attracting the maximum investment globally. Startups and challenger banks such as Monzo, Revolut and Starling Bank are innovating in everything from open banking to insurtech and are competing with established behemoths. Given how the sector attracted $1.1 bn in Q1 of this year alone per Innovate Finance, it’s easy to see why more fintechs are sprouting all across Blighty.

Here is a round-up of five fintech startups to watch out for:

Most of us have been in a situation where there is money to be exchanged or collected between a group of people, whether it’s for a big purchase, a charity fundraiser or a pot for an upcoming holiday. The Coronavirus-induced lockdown hasn’t stopped anyone from planning a stag or hen do or any sort of group activity.

That’s where Collctiv comes in. The app creates a virtual money pot with the amount and deadline for the payment which can be done via a QR code linking to Apple or Google Pay. 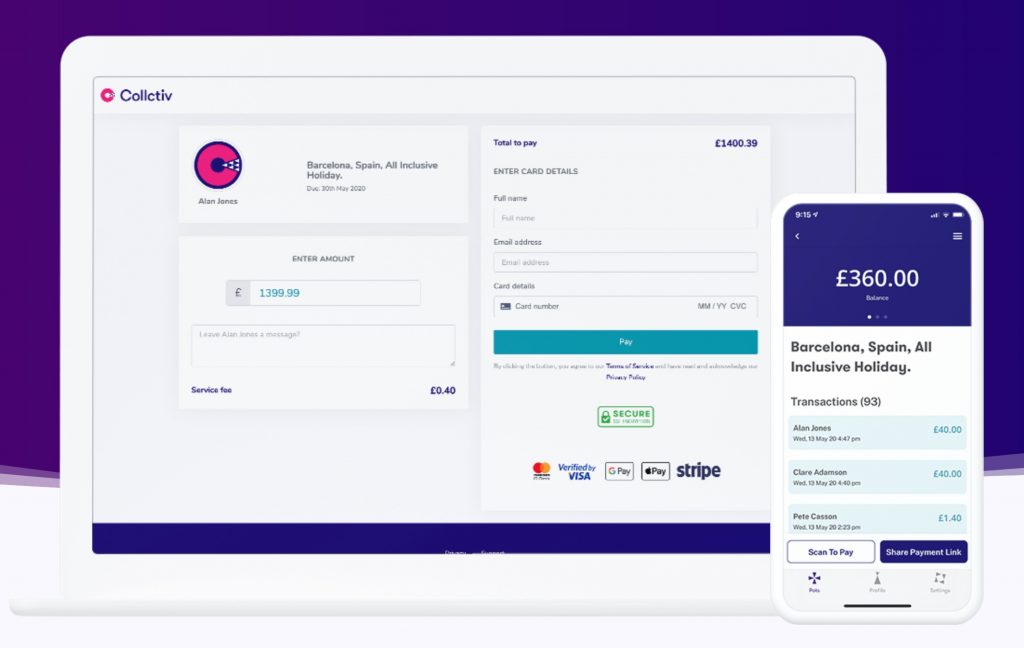 With more than 3,200 users so far, the Manchester-based fintech startup was founded in September 2019 by Amy Whitell and Pete Casson. The firm has already been successful in attracting customers around the globe in just a few months of operation. Per the company, circa 8% of all transactions are carried out from the US.

There is no doubt that the app is garnering quite a lot of interest as the firm secured £140K co-investment from GC Angels in May this year. Indeed, cash is no more king.

The pandemic has caused economies across the globe to struggle and employment opportunities have reached an all-time low. Given how companies are finding it hard to increase revenues, employees are getting laid off, therefore, giving a rise to the gig economy. Employers prefer to have independent workers as they don’t require a monthly salary. However, to ensure that freelancers and gig workers get paid on time, Tom Howsam founded Paid in 2017.

It’s not uncommon how gig economy workers wait for months before receiving their dues. Paid allows them to get the remuneration they deserve as soon as the work is done. 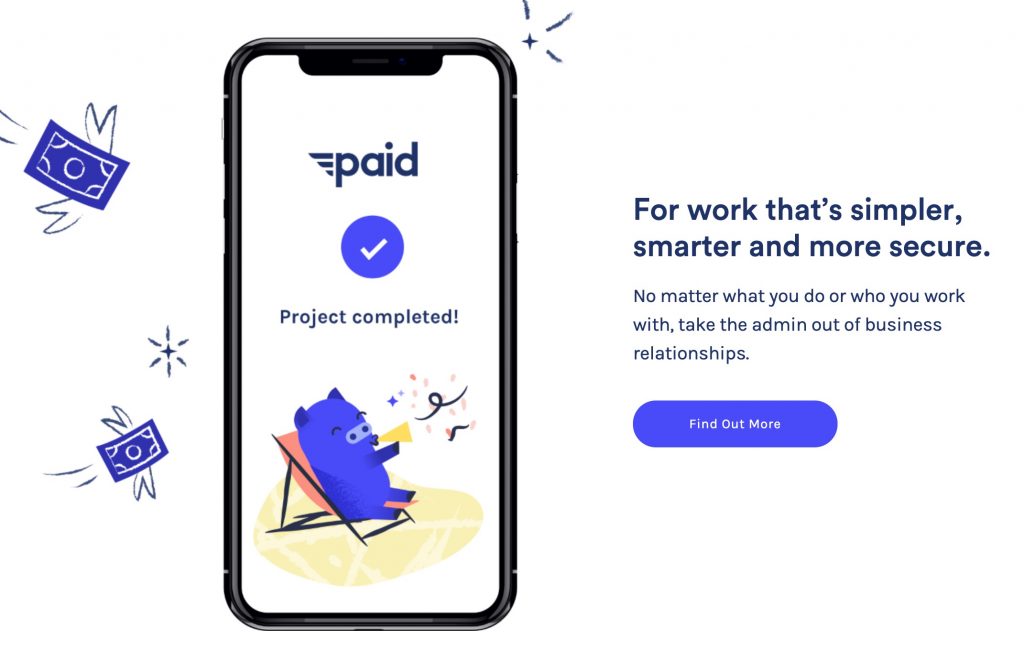 The Durham-based startup plays its part after a freelancer has taken on a project. Using automation, the app creates an online contract guaranteeing payment within days after the work is done therefore making it simpler for both parties. It buys the invoice, pays the payee instantly sans a small fee and takes on the responsibility of getting the money from the client who owes the invoice. Essentially, Paid undertakes the risk of non-payment.

Apart from workers, companies can use the app for making timely and more efficient payments to suppliers. In the words of co-founder Natasha Foster, the main goal of the firm is to ensure “Instant invoice, instant payment.”

Corporations and big businesses have much power today. In the same way that governments and politicians are questioned, business magnates too must be held accountable for their actions. As Ayn Rand says: “The ruling principle of capitalism is justice.”

Investors, therefore, must have a platform to voice and vote for their concerns – good or bad. Keeping this in mind, Georgia Stewart founded Tumelo in 2018.

The idea for the Bristol-based firm, spawned while Stewart was studying at Cambridge University, was to facilitate sustainable investing and aiding investors to have a social or environmental impact. 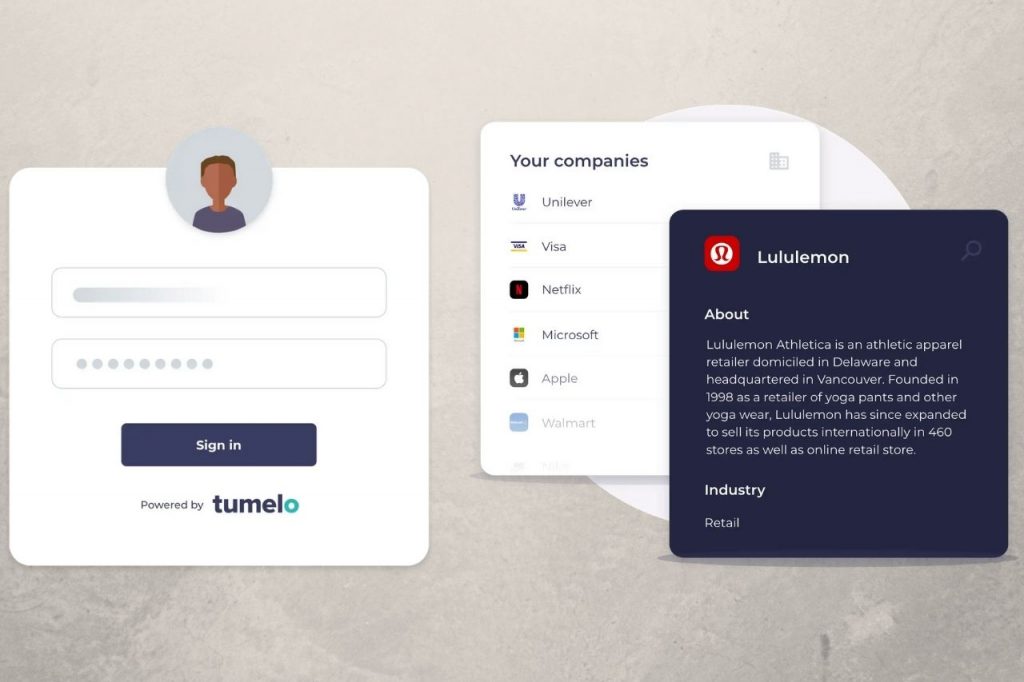 In simple words, the Tumelo platform gives investors complete transparency about where their savings and pension funds are being invested. Alongside, it also equips them with shareholder votes, the tools to question companies on their values should it engage in any unethical practices and even allows them to switch to a more ethical portfolio in areas they are passionate about –  be it climate change or diversity.

As Stewart puts it, Tumelo’s goal is to disrupt the present investment system so it “serves both people and planet.”

Cryptocurrency, until recently, was seen with much apprehension. However, in just a few years, it has now become more mainstream making its way to all sectors. In fact, given that in the wake of the pandemic global economies are moving towards a cashless system of payment, corporations are looking at digital currencies to boost trade.

Inevitably, a digital currency wallet was the need of the hour. Enter Zumo. From cryptocurrency startups and businesses looking to integrate a digital asset platform to crypto traders, Zumo’s Convertible Debit Card allows users to store, exchange and spend crypto such as Bitcoin and Etherium as well as traditional currency seamlessly. One of its features deemed ZumoKit is a wallet which lets users manage their own crypto payments infrastructure. 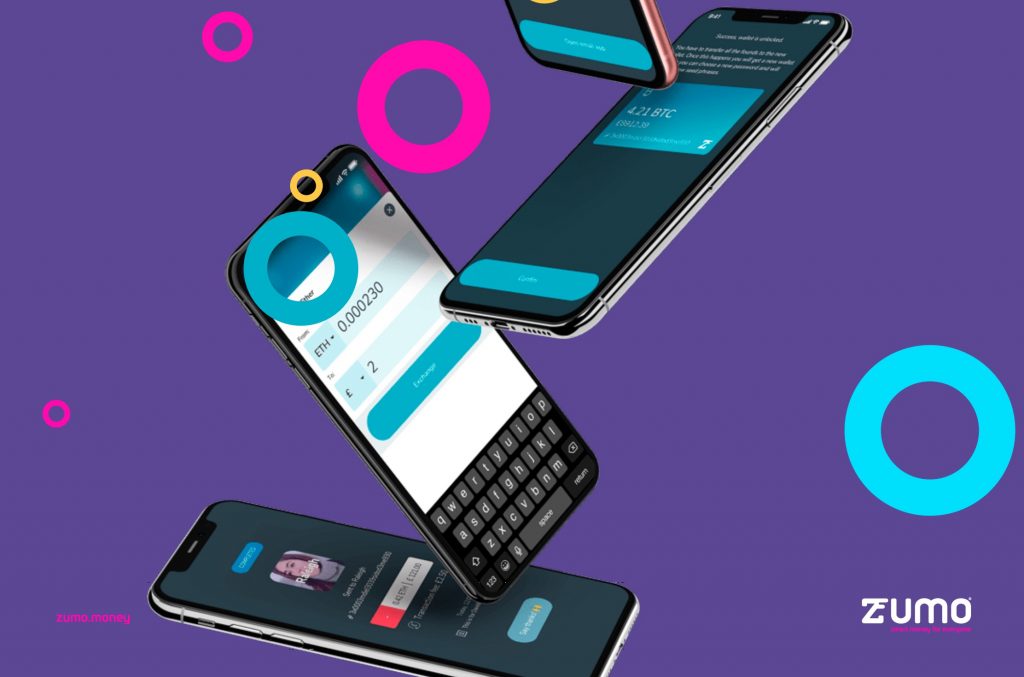 With the aim to encourage more people use crypto, the blockchain-powered company launched its sterling exchange function. With this feature even routine activities such as paying friends or getting a meal outside can be done seamlessly through its app.

Backed by Coldplay musician Guy Berryman, the Edinburgh-based firm was founded in 2017 by Nick Jones and Paul Roach. The startup raised over £1m within 48 hours of launching its crowdfunding campaign on Seedrs last month, totalling the funding amount to £2.6m till date.

Given how a similar startup like payments platform Square became a unicorn after a few years after launch, it’s easy to see why customers are getting lured by Zumo.

One of the biggest bane cited by most professionals in Britain is saving. After basic expenses and countless cheeky pints, the amount left at the end of each month in one’s account is negligible. AI-based Plum aims to change that through its savings pot.

After analysing your expenditures and everyday transactions, the app uses AI to automate financial tasks such as saving and investing. Linking to your bank account, it sets aside a particular amount each month or every few days which can be changed by setting different ‘moods’. 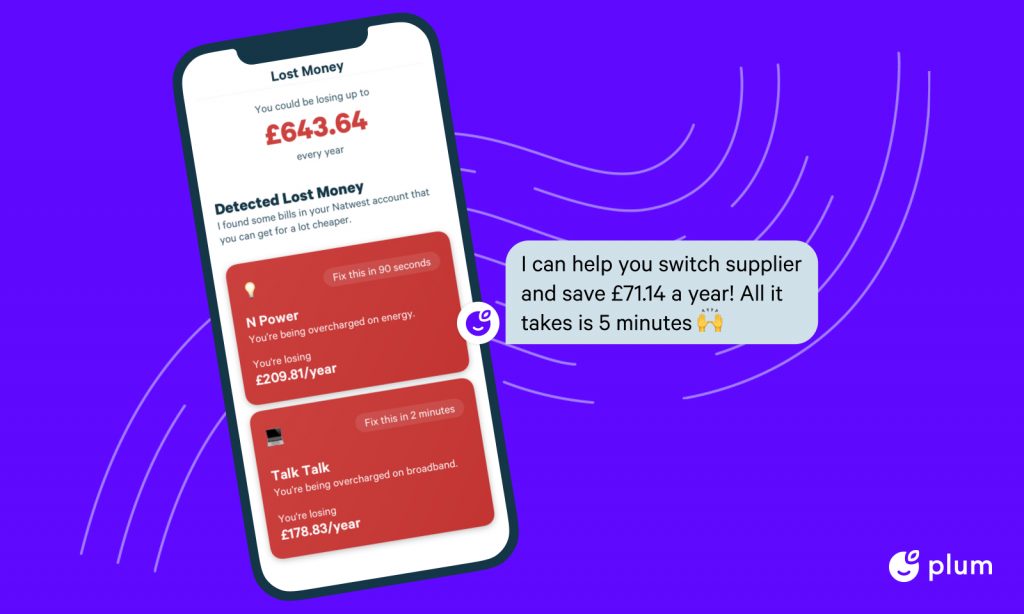 Launched in 2017, the app already boasts of garnering more than a million users till date. In June this year, the company reported an increase by five times in customer saving in just six months therefore helping its users to create extra wealth for future. Furthermore, in July the firm even announced its $10m funding round led by Japan’s Global Brain and the European Bank for Reconstruction and Development, which it aims to use for international expansion.

In the words of CEO and co-founder Victor Trokoudes, Plum is here to disrupt financial management for all. “From saving, interest and pensions, to trading of stocks and ETFs, Plum is the brainy app that doubles your money,” he said in a statement. Indeed, money saved is money earned.

Featured Fintech Startups United Kingdom
Disclaimer
Read More Read Less
The information provided on this website shouldn’t be considered as investment, tax, legal, or trading advice. Morning Tick is not an investment advisory platform, nor do we intend to be. The publication, its’s management team, or authored-by-line doesn’t seem liable for your personal financial losses, which may be due to your panic decisions based on the content we published. We strongly recommend considering our stories as just a piece of information, unlike advice, recommendations, or requests. Some of the contents may get outdated, updated, or inaccurate despite our profound editorial policies. We urge readers to do their due diligence before making any investments decision with ongoing IDOs, ICOs, IEOs, or any other kind of financial offerings. Few outbound links may be commissioned or affiliated, which helps us grow financially and maintain healthy editorial norms. For more information, visit disclaimer page.
Share. Facebook Twitter Pinterest LinkedIn Email Reddit WhatsApp
Previous ArticleUS private prison operator comes clean about ransomware attack in August
Next Article Crypto exchange CEO makes one of the largest donations to Biden campaign