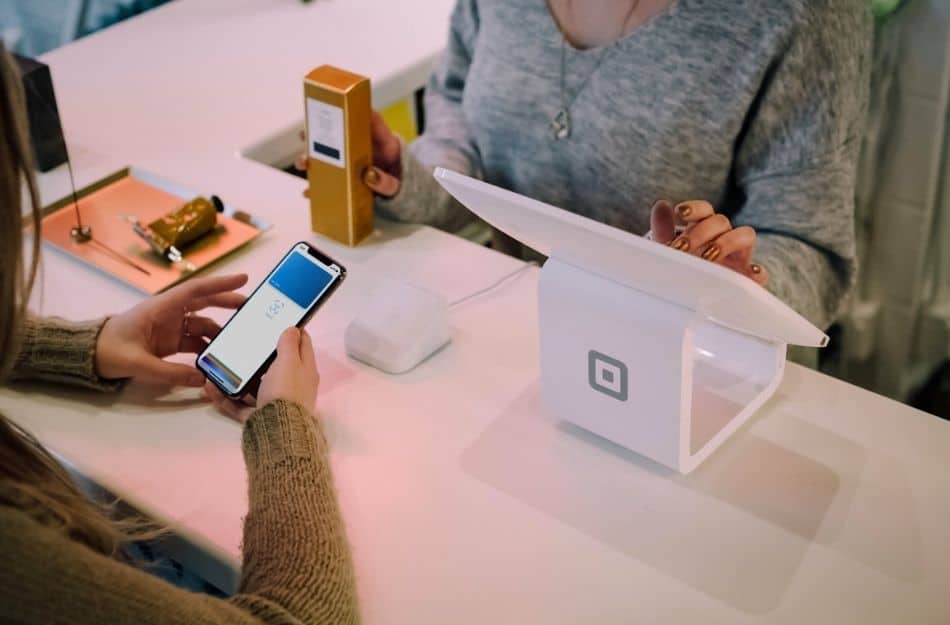 The financial sector has witnessed a complete transformation. Gone are the days when cash was king. Irrespective of how big an amount is – transactions are now possible across the world with a touch as the industry is now dominated by a slew of mobile wallets and e-payment apps. Indeed, the smartphone has become a digital version of a physical wallet housing your credit/debit cards as well as encrypted financial information.

In fact, the global mobile payment market which was valued at $1140bn in 2019, is projected to be worth $4574bn by 2023 per ResearchandMarkets – a figure which is only to increase in the light of the ongoing Covid-19 pandemic.  As a result, most retail stores have increasingly adopted applications such as PayPal, Samsung Pay, Apple Pay, AliPay, Google Pay, Venmo and WeChat Pay to ease payments for customers.

Apple Pay, for instance, equips users with features such as contactless payments in stores using fingerprint authentication or Face ID making financial transactions extremely secure. Apps such as Venmo eases sending and receiving money from friends and family through its platform.

Alongside making transactions conducive to a safer and more secure experience, payment apps have catapulted e-retail sites in every consumer’s hands causing the mobile commerce industry to boom. It’s therefore easy to see how almost a third of consumers are now using mobile wallets, per data from FIS 2020 Global Payments Report. From the stakeholder’s point of view, digital payments help in giving a detailed analysis of trends, key players and plan future business strategies.

While most already use some of the aforementioned apps, a one-size-fits-all approach doesn’t work in all situations. We’ve rounded up five mobile wallet and payment apps which are increasingly gaining traction.

Square: No cash no problem

Helmed by Twitter boss Jack Dorsey, Square has been in the fintech sector since a decade when cashless payments were far from mainstream. Founded in 2009, the firm came into being when Dorsey’s friend and Square co-founder Jim McKelvey was unable to make a payment in a store which didn’t accept credit cards. 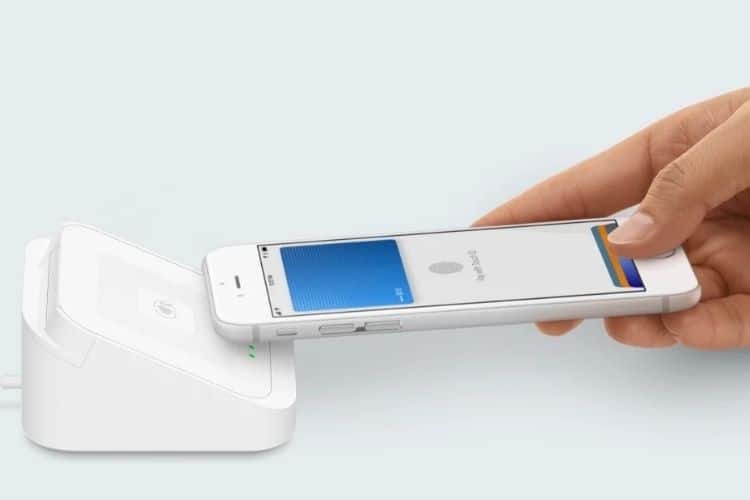 Since then, the fintech has gone from strength to strength. Its card reader device makes processing payments smoother, therefore, aiding traders and SMEs to scale their business. It now allows merchants to accept chip cards and NFC payments, send and receive payments through its Cash app and has also launched a self-serve ordering feature post the Coronavirus crisis.

This month, the enterprise incorporated cryptocurrency on its app where users can trade bitcoin. Looking at how the industry is booming, it’s hardly surprising that Square’s shares have doubled since May 2020, as reported by Bloomberg.

We’re sure to say this app is ensuring its consumers gets paid fair and square.

Zelle: Pay on the nail

The app’s tagline ‘This is how money moves’ sums up how convenient it is to make payments. Whether one needs to share costs after a meal, pay rent, give collective presents, pitch in for charitable donations or send and receive money from friends and family, the app has it super simplified for users. Any amount can be transferred in real-time from the payer’s bank account to the recipient.

While initially the payee was required to have an account with a financial institution that is a member of the Zelle network or register on the Zelle app, now all one needs is a contact number or email address to send money. 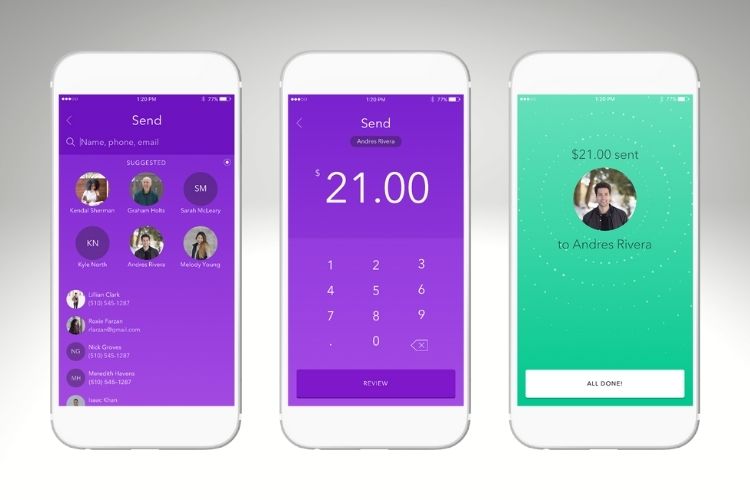 Despite having behemoths such as Paypal and Venmo already in the sector, Zelle witnessed $133bn worth transactions through its app in just the first six months this year. To boost its reach even further amid the pandemic, the company tied up with non-profit Older Adults Technology Services to provide free classes for the elderly on safe digital banking and how to avoid fraud.

With Zelle, it seems like one can send funds from the comfort of your home sans any risks.

Jaxx: The one bitcoin app to rule them all

When talking about the fintech industry, one can’t leave out cryptocurrency. As consumers are increasingly investing in digital currency, a wallet is indeed the need of the hour. Enter Jaxx.

Jaxx Classic & Jaxx Liberty was spawned in 2014 by Decentral, a software development company which was founded by the co-founder of Ethereum Anthony Di Iorio. Since its launch, Jaxx has become one of the most downloaded crypto wallets in the world. 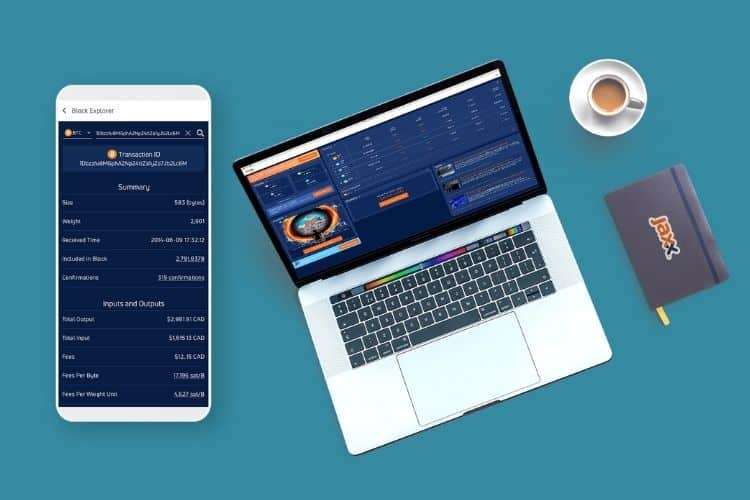 Whether you need to check your personal asset balance, track individual coins, its value changes in real-time, or stay updated on the top 100 assets with price changes, trends or even get your daily blockchain news, the app is for all crypto enthusiasts.

Essentially, the platform allows users to create, store, transfer and receive value from anyone anywhere sans the extra cost of a middleman, supporting over 90 digital assets, including stable coins. All one has to do, is set up an account by getting the free app. Users can use various features for additional security such as multiple platforms wallet linkages and shapeshift integration.

Contrary to the saying, Jaxx of all trades is a master of crypto.

Freelancers would agree that getting paid on time for their work can be a herculean task and late payments by employers continue to be a bane of the gig economy.

Launched in 2015 by entrepreneur John Rampton, Due was aimed to focus on providing an invoicing and time tracking solution for freelancers and SMBs. In just five years of operation, the firm ventured into offering users a digital wallet equipped with ePayment, eBank, and payment processing capabilities. This means companies can pay workers on time via a plethora of methods including eCash, eChecks and ACH. 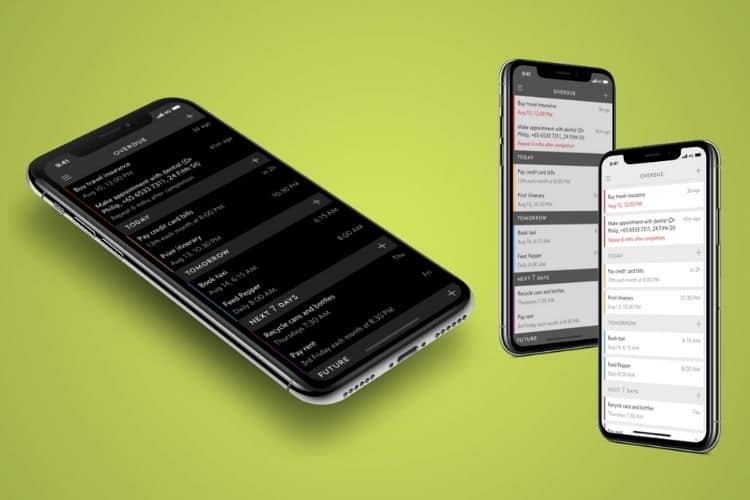 Its wallet enables one to make financial transactions without any hidden fees instantly as well as securely stores personal and financial data for your business and your customers. The Due Cash payment system allows people to make, share or receive payments from anyone in the US with a phone number or email address.

As the firm itself puts it, the main ideology is “Payment processing made awesome”.

Social media has been the biggest invention in the tech industry since the internet. Buying and selling on Twitter and Instagram has become a norm now. When the revolution was hardly beginning, that’s when Chris Teso jumped on the opportunity and launched Chirpify in 2011.

In a nutshell, Chirpify’s digital wallet syncs with your various social media apps enabling you to sell, buy, send, and receive money using the app. The social media loyalty platform offers greater social engagement and loyalty solutions through its app where one can shop using a hashtag. 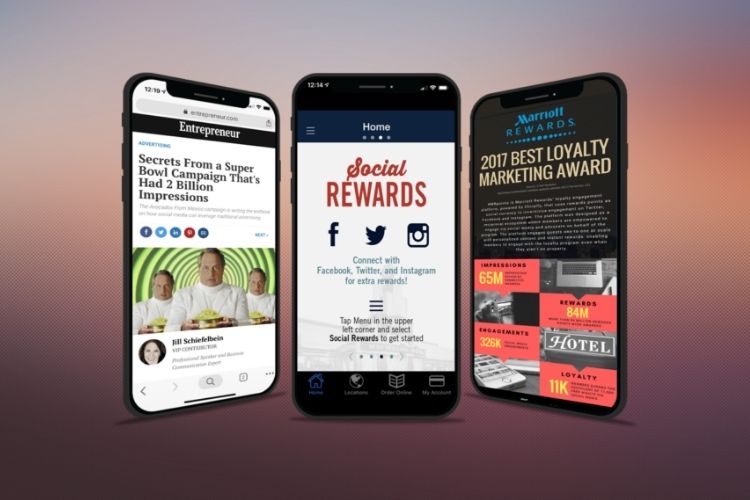 When a potential buyer sees an item being sold on Instagram or Twitter, they just need to enter ‘buy’ in the comments to facilitate a transaction through the app.

Additionally, the platform also offers p2p transactions. For instance, to pay a friend or relative back, one could ‘donate’ the amount via Twitter. The firm clearly has a lot of fans as it boasts of having done campaigns for brands namely Adidas, Wildfang, Lady Gaga and Green Day.

At a time when going outdoors to shop might be risky due to the pandemic, getting that retail therapy while scrolling can make anyone’s mood chirpier.

Fintech Payment
Disclaimer
Read More Read Less
The information provided on this website shouldn’t be considered as investment, tax, legal, or trading advice. Morning Tick is not an investment advisory platform, nor do we intend to be. The publication, its’s management team, or authored-by-line doesn’t seem liable for your personal financial losses, which may be due to your panic decisions based on the content we published. We strongly recommend considering our stories as just a piece of information, unlike advice, recommendations, or requests. Some of the contents may get outdated, updated, or inaccurate despite our profound editorial policies. We urge readers to do their due diligence before making any investments decision with ongoing IDOs, ICOs, IEOs, or any other kind of financial offerings. Few outbound links may be commissioned or affiliated, which helps us grow financially and maintain healthy editorial norms. For more information, visit disclaimer page.
Share. Facebook Twitter Pinterest LinkedIn Email Reddit WhatsApp
Previous ArticleAutonomy Network can help Defi traders automate arbitrary transactions
Next Article Crypter Network debuts an engage-to-earn reward system