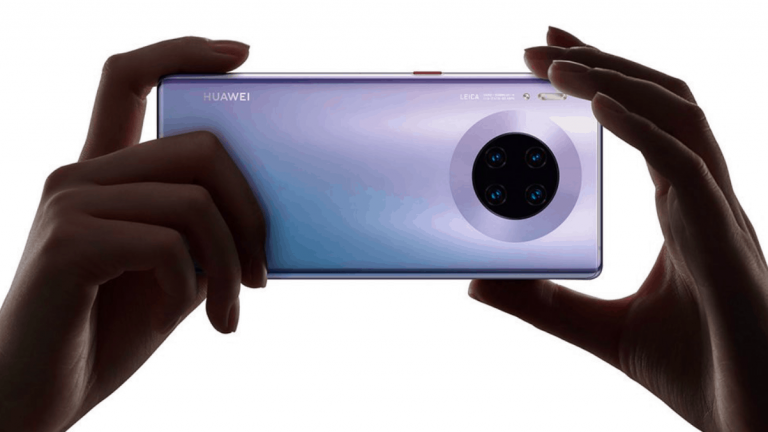 Huawei Mate 30 Pro is one of the recent installment into flagship range from Huawei. The phone was launched back on 19th September 2019. And it comes with some of the groundbreaking features. And it is making a lot of buzz around the smartphone lovers. Also, recently Dxomark released the Mate 30 Pro DXOMARK and in case if you are looking for these details, you are at the right place.

Also, the phone comes with a 6.53-inch touchscreen display on the top. As well as it comes with a resolution of 1176×2400 pixels. Under the hood the device sports a 1.86GHz octa-core HiSilicon Kirin 990 processor. Along with that, you get 8GB of RAM and 128Gb of storage.

The phone runs on Android 10 and backed by a 4,500mAh battery. Moreover, Huawei Mate 30 Pro supports wireless charging along with fast charging.

Even the rear camera setup comes with PDAF and laser autofocus. And on the front panel, the device comes with a 32-megapixel shooter for selfies, with an f/2.0 aperture.

Now coming to the Huawei Mate 30 Pro DXOMARK. Well, the primary camera of the phone comes with a 1/1.7 40Mp quad sensor which produces 10MP image output. There is also the 27mm-equivalent lens comes with an f/1.6 aperture, and it is optically stabilized. There are also a 20Mp super-wide-angle (16mm-equivalent) camera and a stabilized tele-camera that uses folded optics to achieve a 5x optical zoom factor (125mm equivalent).

Talking about the DXOMARK score, they have rated the phone for its exposure at 96. In color, it got a number of 88. The phone also got a 100 rating for autofocus, and for texture, the number is 79. Moreover, for noise and artifacts, the numbers are 81 and 84.

For night image quality, it received a number of 61 along with 91 ratings for zoom. Also, for Bokeh and Wide, the numbers are 70 and 34.

Apart from photography, if we talk about video quality ratings. It has received 85 for exposure, 86 for color, 98 for autofocus, 58 for texture. Also, for noise, artifacts, and stabilization, the numbers are 77, 85, 94 respectively. You will find the full Mate 30 Pro DXOMARK overall score over here:

The Mate 30 Pro’s SuperSensing Cine Camera received an overall score of 121, four points higher than the second-highest score of 117, as well as the highest photo score of 131. Both accolades recognize the HUAWEI Mate 30 Pro as the new king of smartphone photography, raising the bar for competitors.

“With an overall DxOMark camera score of 121, the Huawei Mate 30 Pro is the new number one in our smartphone camera ranking. The new record is largely due to a phenomenal photo score of 131, a full five points ahead of the previous leader,” DxOMark commented.

Do watch the video review below and check out the full review Huawei Mate 30 Pro’s rear camera and the selfie camera.

Consumer Tech Huawei
Disclaimer
Read More Read Less
The information provided on this website shouldn’t be considered as investment, tax, legal, or trading advice. Morning Tick is not an investment advisory platform, nor do we intend to be. The publication, its’s management team, or authored-by-line doesn’t seem liable for your personal financial losses, which may be due to your panic decisions based on the content we published. We strongly recommend considering our stories as just a piece of information, unlike advice, recommendations, or requests. Some of the contents may get outdated, updated, or inaccurate despite our profound editorial policies. We urge readers to do their due diligence before making any investments decision with ongoing IDOs, ICOs, IEOs, or any other kind of financial offerings. Few outbound links may be commissioned or affiliated, which helps us grow financially and maintain healthy editorial norms. For more information, visit disclaimer page.
Share. Facebook Twitter Pinterest LinkedIn Email Reddit WhatsApp
Previous ArticleHere’s Everything Announced at Amazon Hardware Event 2019
Next Article Dropbox announces Dropbox Spaces, a collaborative digital workspaces