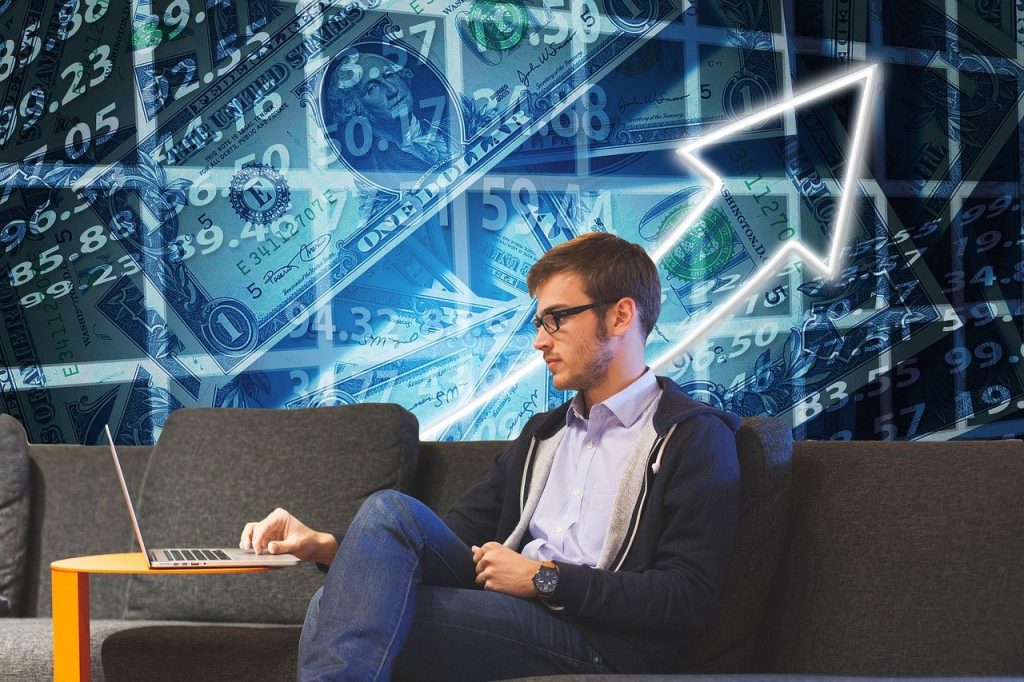 We’re beginning to see a little bit of a divide in the investing world between the old and the new — or perhaps more accurately, the old and the tech-forward. The truth of the matter, really, is that most any investment today can be perfectly compatible with modern technology. You can invest in stocks and bonds, explore the real estate market, and even buy gold all from the palm of your hand, on your smartphone. Perception, however, tends to be that these are more old-school methods of investment, and some modern alternatives are more appealing.

This at least appears to be the case among young people. The common refrain is that millennials don’t want to invest, or that they’ve been driven to fear the markets by the financial crises through which they came of age. Undoubtedly there is some truth to these notions. But this isn’t the whole story, either.

In recent years, we have seen people — and particularly young people — gravitation toward more overtly tech-friendly investment opportunities. For instance, it is often millennials and Gen Zers taking advantage of commission-free investing apps, even if these have been said to increase risky investing behaviour. These apps provide access to traditional stock exchanges but do so in a smooth, quick, and affordable way that appeals to young people who are used to quick, intuitive mobile processes. Similarly, we’ve seen people in younger generations among those who have most quickly embraced cryptocurrency — another somewhat risky prospect, but one that is literally grounded in new technologies that young people understand. Even peer-to-peer lending has caught on among millennials as something of a tech-friendly option, not because it has much to do with technology but because it’s being promoted by distinctly modern, intuitive apps and websites.

All of this makes one wonder what might be next in this emerging suite of vaguely tech-forward investments. And one of the answers that makes the most sense is the forex trade. To explain why we’ll quickly define this market and then discuss why it fits in with some of the other markets discussed above.

The forex market is the currency trade. It’s a gigantic, worldwide market in which people buy and sell what is known as currency “pairs,” which measure one currency against another. So for instance, if a trader wants to invest in the Euro’s value against the British pound, he or she would buy the EUR/GBP pair — signifying the Euro’s value in pounds. That investment would result in a favourable return if the trader then sold the EUR/GBP pair at a higher number than it was originally purchased.

In the forex market, these kinds of transactions occur at a non-stop pace, and they concern currencies all over the world (though a handful of currencies control the bulk of the activity).

How can you trade?

One is through trading forex CFDs or contracts for difference. A CFD is not an option unique to the forex market, but it is a popular option that enables investment without the need to buy and sell currency pairs. This kind if contract instead denotes the investor’s anticipation of where a currency’s value will go. So using the same example from above, an investor expecting the Euro to gain value relative to the pound could secure a CFD predicting a spike in the EUR/GBP, instead of actually buying the EUR/GBP pair.

Another option is to make literal trades in currency. This is not a common method given its general inconvenience, but it is worth knowing that any time you exchange one currency for another — say at an airport or dedicated currency exchange centre — you are effectively engaging in a form of forex trade.

Where can you trade?

Aside from the in-person practice (again, not really a typical method for intentional investment), forex trading is much like other forms of modern trading. You can do it through online platforms supporting the forex market, as well as through certain mobile apps doing the same.

Why forex fits the tech-friendly trend

Now that we’ve explained forex trading, we’ll cover why it may fit the trend of tech-related investment opportunities that are becoming more popular among younger people in particular. And really, it comes down to two factors: blockchain and apps.

Blockchain technology is something young people are learning to understand, and it’s already being used in ways that go far beyond its initial purpose of supporting bitcoin. It’s changing the banking industry, revolutionising data transfer, and more…. We even pointed out the world’s first blockchain smartphone last year. And as it turns out, among all of the advancements and adaptations in blockchain tech, forex is being affected too. The last year or so has brought about a continual stream of stories about forex trades being made via the blockchain — which lends a whole new tech-friendly vibe to the market.

Then of course there’s the fact that it’s more and more common to be able to conduct forex trades via app. That’s not unique to this market by any means, but as we’ve seen with investing apps more broadly, a clean interface and modern look can go a long way. The right forex app could almost certainly attract droves of young people largely by way of stylistic appeal alone.

Add it all up and you have a long-standing, established method of investment that could come to represent something new and trendy. Trading platforms that embrace the blockchain and establish app-based trading could well turn forex into the next big thing for young investors.

Fintech Forex Trading
Disclaimer
Read More Read Less
The information provided on this website shouldn’t be considered as investment, tax, legal, or trading advice. Morning Tick is not an investment advisory platform, nor do we intend to be. The publication, its’s management team, or authored-by-line doesn’t seem liable for your personal financial losses, which may be due to your panic decisions based on the content we published. We strongly recommend considering our stories as just a piece of information, unlike advice, recommendations, or requests. Some of the contents may get outdated, updated, or inaccurate despite our profound editorial policies. We urge readers to do their due diligence before making any investments decision with ongoing IDOs, ICOs, IEOs, or any other kind of financial offerings. Few outbound links may be commissioned or affiliated, which helps us grow financially and maintain healthy editorial norms. For more information, visit disclaimer page.
Share. Facebook Twitter Pinterest LinkedIn Email Reddit WhatsApp
Previous ArticleEuropean tech developer Sopra Steria hit by ransomware, Ryuk group suspected
Next Article Google launches new data protection service for businesses and enterprises