The Digital Yuan vs the US Dollar: Shifting Financial Order? 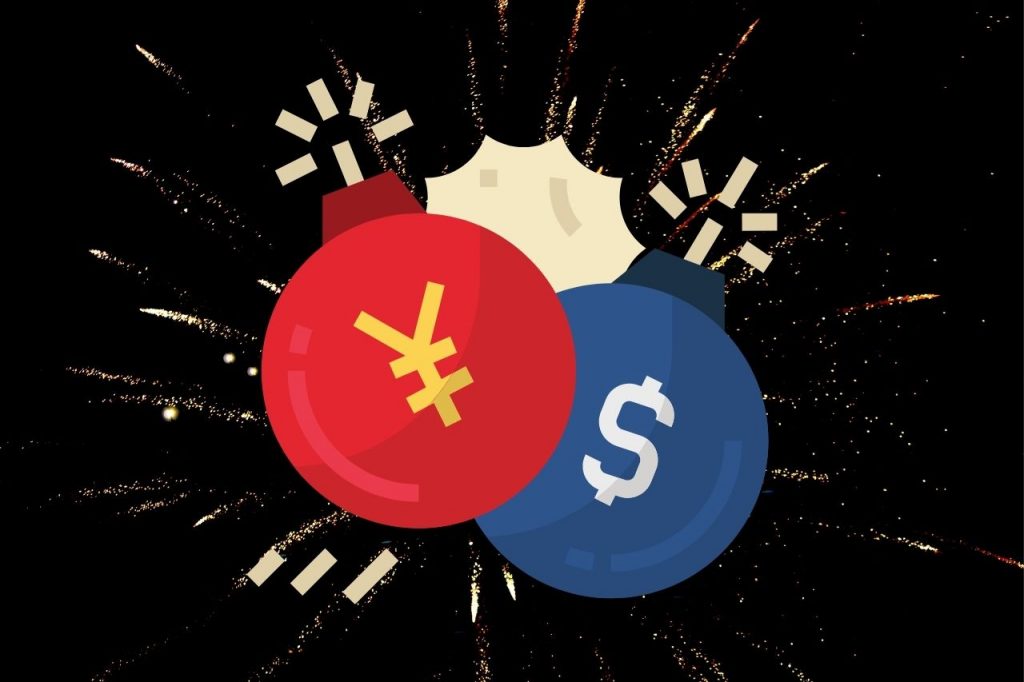 We are accustomed to the U.S. dollar because of its supremacy, but recent developments signal the end of its reign. In April this year, China achieved a significant milestone – conducting a pilot test of its digital currency in four cities. Could this be the beginning of a new economic arms race? Will the dollar retain its supremacy?

As a matter of fact, China is way ahead of the United States in abolishing paper money. Chinese consumers are already used to making payments for their purchases without cash, courtesy of their popular smartphone apps, such as Alipay and WeChat. With these apps, customers simply walk into any restaurant and scan a code to pay for their meals.

With tech companies paving the way for digital payments, the central bank now wants to get a piece of the action. For the last six years, the People’s Bank of China has been developing a digital currency. However, the initiative gained momentum after Facebook revealed that it was developing its digital currency – the Libra.

The Libra is a digital token administered by a syndicate of finance and technology companies and backed by the Euro, British pound, Japanese yen, Singapore dollar, and the U.S. dollar. Knowing the power of the over 2.7 billion Facebook users having their digital currency, the Chinese central bank raced towards developing its digital currency- the digital yuan.

Despite sparking China to develop its digital currency, the Libra has faced scepticism from other countries, with privacy being a major concern. Some of the original partners, such as Visa and MasterCard, have already backed out of the initiative.

Operationally, the digital yuan will be remarkably different from Bitcoin. Its value will be tied to the regular yuan at the rate of 1:1. Moreover, the Chinese central bank will scrutinize every transaction, denying it the anonymity of Bitcoin.

So far, President Trump has banned Huawei from the U.S. Other companies under threat from the Trump administration are TikTok and WeChat, which continue to operate because of court injunctions. Although president-elect Joe Biden is set to take office on January 20th, 2021, the Trump administration insists that the ban will go through as earlier envisaged. One of China’s main worries is that the U.S. may ultimately cut it off from not only engaging with American companies but prevent it from using the U.S. dollar.

Specifically, the U.S. can decide to use SWIFT (Society for Worldwide Interbank Financial Telecommunication) as a weapon to deny China cross-border financial transactions. For clarity, SWIFT is the U.S. financial system’s spine that gives the superpower its financial dominance. Most cross-border payments are directed through SWIFT messages, with a significant amount of them being channeled through U.S. correspondent banks.

Most importantly, SWIFT gives the U.S. a lot of leverage over other nations. U.S. sanctions cutting off a country from this network can be significantly devastating. It’s not lost to observers that Washington has relied heavily on sanctions as a foreign policy tool over the years. Increasingly, nations who’ve been subjected to these sanctions have become very resentful and are looking for alternatives to the SWIFT to undercut the leverage.

For example, China has been working on alternatives to SWIFT for years. It has developed its version called the Cross-Border Interbank Payments System (CIPS). Not left behind is Russia, which has the System for Transfer of Financial Messages (SPFS).

Even American allies are also developing their own alternatives to SWIFT to facilitate their non-SWIFT and nondollar denominated transactions. With such initiatives, it is clear that cross border transactions can be completed without SWIFT, a key plank of the U.S. financial dominance.

The development of digital currencies will debase the efficacy of U.S. sanctions and limit the nation’s financial hegemony. For China, the digital yuan, coupled with its robust electronic payment platforms, will expand international commerce.

Moreover, the Asian giant will expand its influence globally, especially in Africa, South Asia, and the Middle East. Already, most countries in these regions are within China’s economic ambit, and Beijing can easily push them to accept the digital yuan.

Specifically, China can invest in a “digital Belt and Road,” which will facilitate the ease of currency use. What’s more, Beijing can insist that importers receive their payments in the digital yuan, creating a demand for the currency,

From Facebook’s ambitious project of the Libra to China’s expeditious implementation of its digital currency, the U.S. is in a precarious position, eliciting calls for the development of a digital dollar. Now, U.S. policymakers are pondering on their next move. Why? Because digital currencies threaten American banks and payments infrastructure, which are the pillars of their economic might.

It is noteworthy that the dollar’s hegemony began after World War II, when the U.S. accounted for a significant share of global exports. Things are now different. Currently, the U.S. only accounts for a small share of the exports. Nonetheless, the dollar still controls international trade, with 40 percent of global trade being invoiced in dollars.

For the U.S. to remain dominant and uphold the dollar’s supremacy, it has to dispense with its wanton and unilateral use of sanctions. This is what has elicited other nations to look for alternatives. As a matter of fact, it won’t be easy because China has already started a journey it would most likely not relent on.

Ideally, a digital dollar should mingle the stability and strength of the U.S. dollar with digital technology convenience. So far, the U.S. Federal Reserve has been slow in actualizing the dream. But the consequences of inaction will be very debilitating to the U.S. With time, payment flows will automatically migrate to a digital channel managed by foreign entities.

In the meantime, Washington should expeditiously bring its allies on board and halt its use of unilateral sanctions. Otherwise, as things stand, the Chinese yuan may be the next big thing.

CBDC China Featured Fintech Joe Biden
Disclaimer
Read More Read Less
The information provided on this website shouldn’t be considered as investment, tax, legal, or trading advice. Morning Tick is not an investment advisory platform, nor do we intend to be. The publication, its’s management team, or authored-by-line doesn’t seem liable for your personal financial losses, which may be due to your panic decisions based on the content we published. We strongly recommend considering our stories as just a piece of information, unlike advice, recommendations, or requests. Some of the contents may get outdated, updated, or inaccurate despite our profound editorial policies. We urge readers to do their due diligence before making any investments decision with ongoing IDOs, ICOs, IEOs, or any other kind of financial offerings. Few outbound links may be commissioned or affiliated, which helps us grow financially and maintain healthy editorial norms. For more information, visit disclaimer page.
Share. Facebook Twitter Pinterest LinkedIn Email Reddit WhatsApp
Previous ArticleAdware is the new Malware that everyone needs to know
Next Article ICO investors feel ‘deceived’ by cryptocurrency companies, finds Xangle