You can now make yourself disappear in front of your webcam 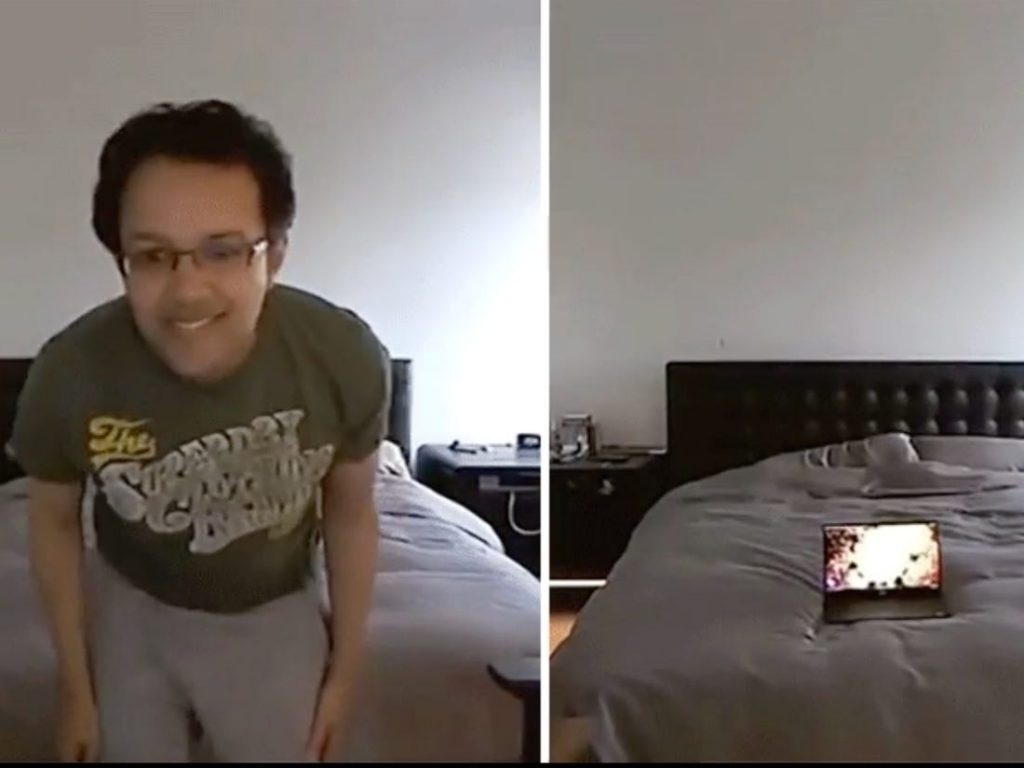 Can normal human beings disappear in the air? Certainly not. It is the work of professional magicians but it seems that with technology, from now on, we will be able to do that at least in front of the camera. It is possible only if we have the technology by our side. By using a new program created by Jason Mayes, anyone can pull a vanishing act live on camera in front of their laptop webcam.

Jason Mayes is a Google web engineer. He is working on “Disappearing People”, a program that uses sophisticated machine learning techniques to make you disappear from a scene by utilizing Google’s open-source program, TensorFlow. TensorFlow is used for machine learning and neural network applications.

In his Github account, Jason Mayes wrote: “This code attempts to learn over time the makeup of the background of a video such that I can attempt to remove any humans from the scene”.

No sooner than the story is uploaded in Github, many users have already tried it. One such user said that when he tried to make himself disappear, the program tried to make him disappear from the scene, even though a faint line of his image moved back and forth as he moved. You can check out the program by clicking here.

Google
Disclaimer
Read More Read Less
The information provided on this website shouldn’t be considered as investment, tax, legal, or trading advice. Morning Tick is not an investment advisory platform, nor do we intend to be. The publication, its’s management team, or authored-by-line doesn’t seem liable for your personal financial losses, which may be due to your panic decisions based on the content we published. We strongly recommend considering our stories as just a piece of information, unlike advice, recommendations, or requests. Some of the contents may get outdated, updated, or inaccurate despite our profound editorial policies. We urge readers to do their due diligence before making any investments decision with ongoing IDOs, ICOs, IEOs, or any other kind of financial offerings. Few outbound links may be commissioned or affiliated, which helps us grow financially and maintain healthy editorial norms. For more information, visit disclaimer page.
Share. Facebook Twitter Pinterest LinkedIn Email Reddit WhatsApp
Previous ArticleTop 12 Best Free Websites to Watch Cartoons Online (2020)
Next Article The Apps That Are Revolutionizing Home Security