12 Interesting benefits of using a VPN you must know 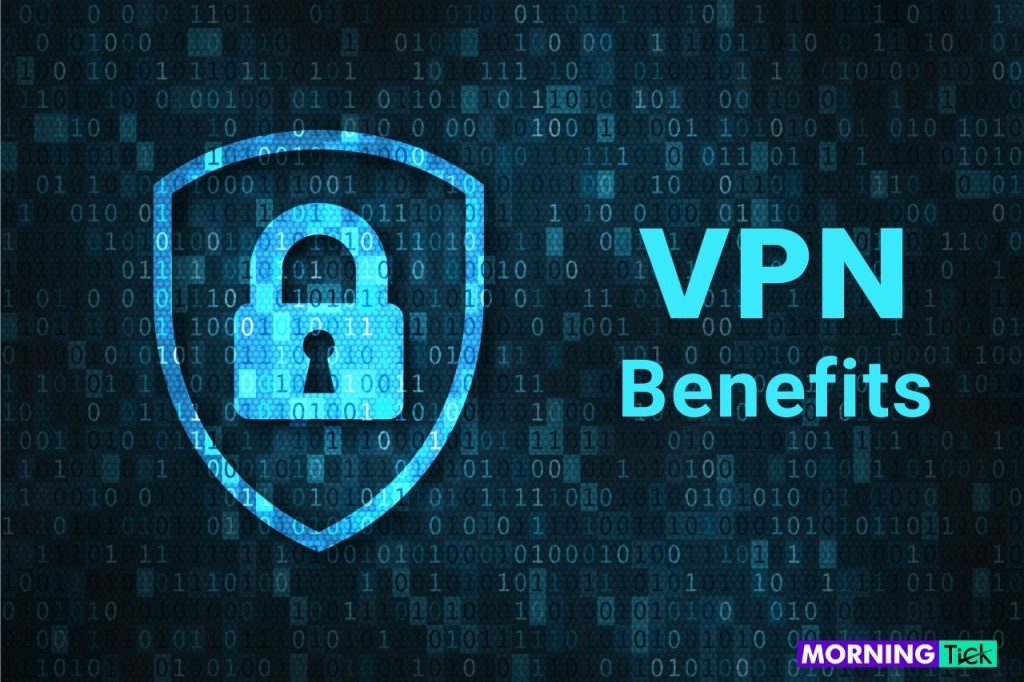 Whether you are a cyber security nerd or an ordinary, IT greenhorn, the sad but true fact is that our privacy is at stake. Surfing the web is no longer safe because data brokers are increasingly collecting crucial data from our activities. What’s more, authoritarian regimes are also increasing internet blocks, denying people their right to information. It is such scenarios that have made Virtual Private Networks (VPNs) must have.

VPNs establish a digital passageway via which your connection to the internet is routed, denying third parties from accessing your data. To facilitate the process, remote VPN servers conceal your Internet Protocol (IP) address with some encryption that limits intruders from identifying you, your device, and network. While there are numerous benefits of VPN, in this article, we’ll look at the top 12.

12 Benefits of a VPN 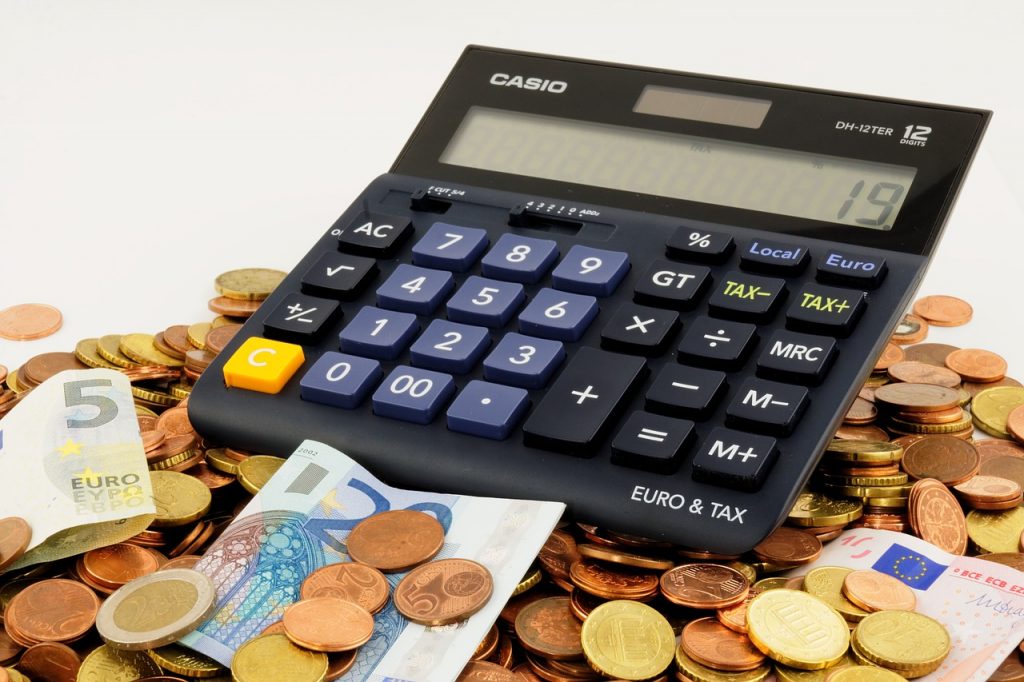 Typically, when looking for a cheap flight, we use the internet for price comparison. However, most sites consider your location, currency, and travel date, among other factors, to give you the fares. Specifically, the sites use cookies, IP address, GPS, HTML codes and Wi-Fi permissions to locate your current location and search history. Based on the findings, the sites provide different fares to different people based on the data collected.

To save money on flights, it is advisable to hide your location. The best way to do so is by using a VPN that enables advanced benefits. The feature will enable you to stay anonymous in your searches, denying websites the capacity to collect critical information. Also, you can locate your IP address in a country where fares are less, lowering the cost of your ticket. 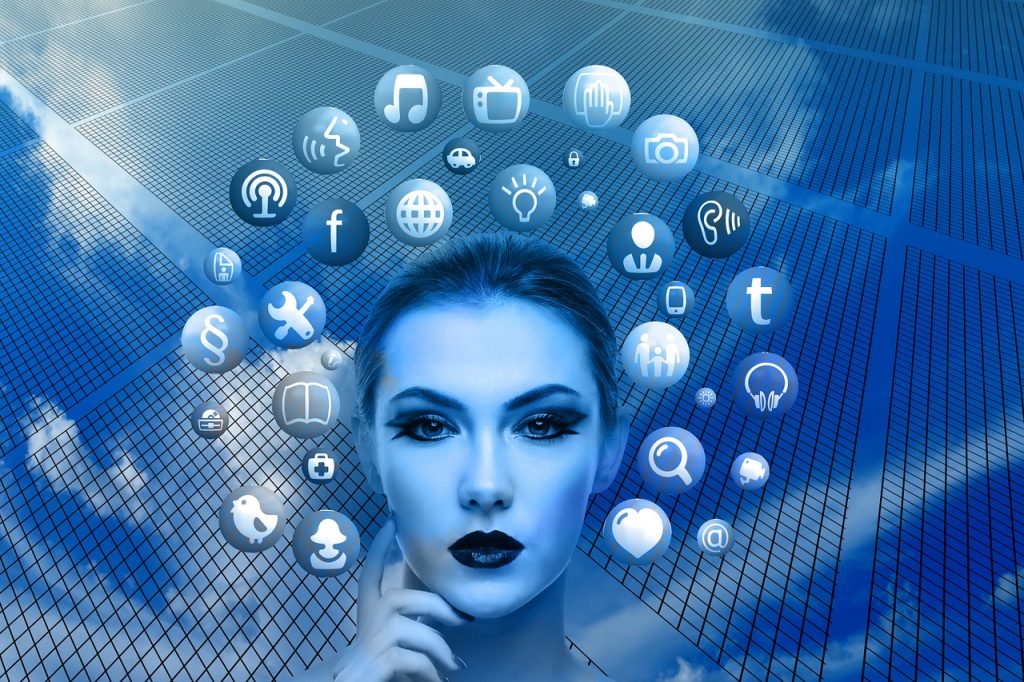 It can be especially annoying to arrive in a country only to discover that you can’t access your favourite social media site. But the reality is that social media is one of the most censored use cases of the internet. Authoritarian countries such as China, Syria and North Korea have permanently blocked social media sites to restrict the free flow of information. Despite the blockades and censorship, you can still access the sites.

Using VPN, you can bypass internet filters and blocked websites to gain unfettered access to your favourite social media. Actually, in countries with censorship, the demand for VPN service is always high, causing some of them to threaten a ban on their use.

3. Save on VoIP and Skype Call Costs 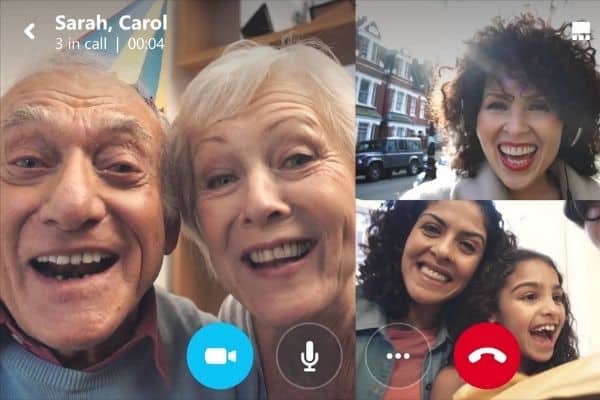 Voice over Internet Protocol (VoIP) service has become increasingly popular across the globe. Skype, being an old hand in the field m, typifies the service and is compatible with Windows, OSX, iPhone, iPad, Android, or Xbox. Besides, users can make calls on landline numbers or mobile at relatively low costs.

However, this doesn’t mean that they are cheap. The changes vary with your location, where you are calling, and can be very expensive. The price you pay for the calls depends on the country you are calling to, which often varies. To avoid high charges, use a VPN and enjoy its benefits. Select a VPN server domiciled in the destination country and access cheaper VOIP calls. 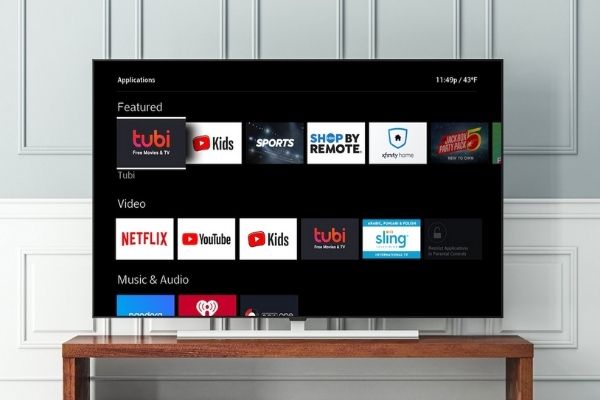 Courtesy of the Netflix revolution, TV channels across the world are offering live stream services on their websites. Therefore, it is now possible to watch Discovery Channel free of charge as long as you are located in the country of origin. However, with a VPN you can re-route your IP address to, say the US if you want to access Discovery Channel. 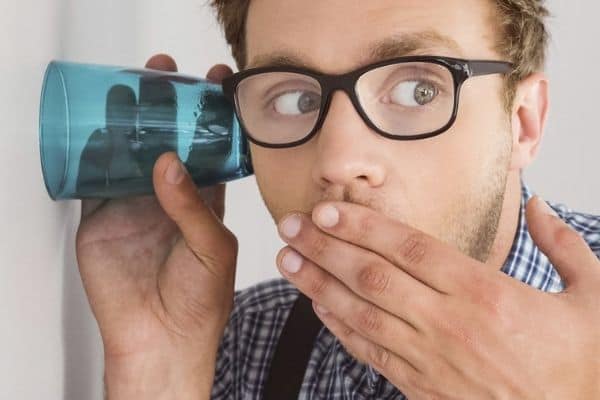 Worried about someone snooping at you over the internet? Well, you should, at least going by the revelations of social media companies secretly collecting our data and selling it. In the information age, privacy is no longer perceived as a right. It is only a privilege. So to get your privacy online, you have to device your own way. And a VPN is the best way of restraining third parties from eavesdropping on your online activities.

VPNs are very helpful when using a public network, where connections are not encrypted. In such networks, which often don’t have a password, malicious people tend to make attempts at compromising your internet privacy. To avoid such exposure, use a VPN, which will encrypt your data, route your connection via a private network and conceal your gadget from the public.

6. Watch Videos and Game without Throttling 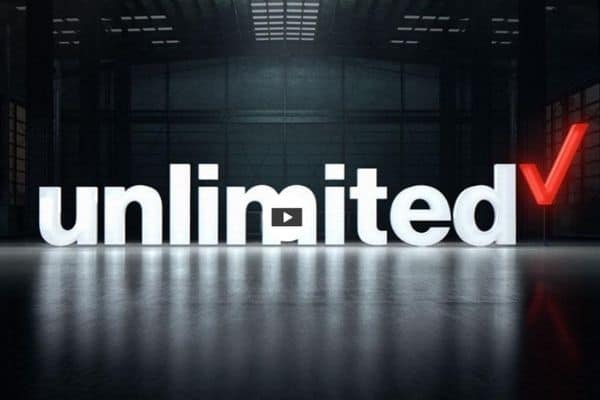 Internet Service Providers often target specific types of web traffic, such as gaming, video streaming and torrenting and throttle internet access. They do this to inhibit users from hogging too much bandwidth. The impact can be very frustrating for a user, especially when engaged in games involving immediate reactions, because of the accompanying latency.

With a VPN, it is possible to encrypt traffic data being sent, inhibiting your ISP from any analysis. Since the ISP only throttles specific traffic types, when it is unable to see what you are doing, it can’t make such a move.

7. Research on Competition and Consumer Behaviour 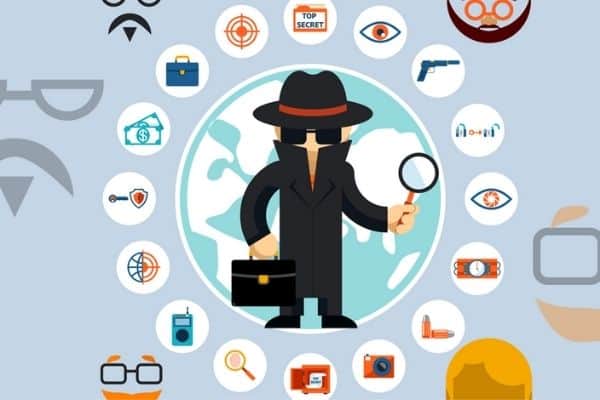 VPNs can be very useful when carrying out internet research, especially on customer behaviour and the competition. In such a case, anonymity is essential, and VPNs can provide this with ease. Devoid of anonymity, you’ll always leave a digital trail of all your searches, which can be picked by Google analytics to unmask you and your interest.

If your internet search activity is to investigate your competitor, use a VPN that facilitate benefits alongside. Although you’ll still leave your footprints in their site, you will be using a different IP address and the trail will only end at the VPN, not you. 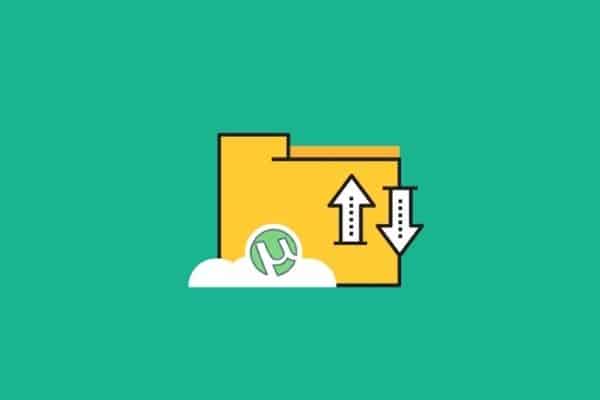 Torrenting (peer-to-peer file sharing) is often associated with copyright infringement, but in reality, it is not illegal. While some data downloads and file-sharing activities amount to a breach of the law, others are legal.

However, undertaking such a practice, especially for the less knowledgeable, may expose one to surveillance or legal suits. To avoid being on the wrong side of the law, it is advisable to use a VPN when downloading and sharing online files. 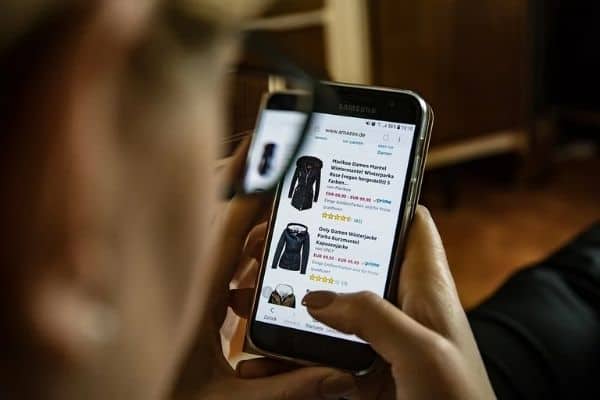 Whether you are travelling abroad for luxury or work, it’s important to access the same online shopping platforms that you’d use at home. In some instances, you may need to purchase from a retailer who is not domiciled in your country of origin. The problem that may arise in such a case is when using a credit card issued in country A while shopping in country B. This may raise red flags, which may make the process hectic and time-wasting.

With a VPN, you can route your connection through an international server, allowing you to access any firewalled website. For Example, you may be from China, but visiting England and you need something urgently in your homeland China. You can use a VPN routed through the China server to gain full access to the Alibaba site and place an order.

Moreover, if you want to shop online in countries where PayPal is blocked, you can use a VPN to route your connection through a server in a nearby country and make a purchase. So VPNs have simplified international shopping even where it wouldn’t be possible. 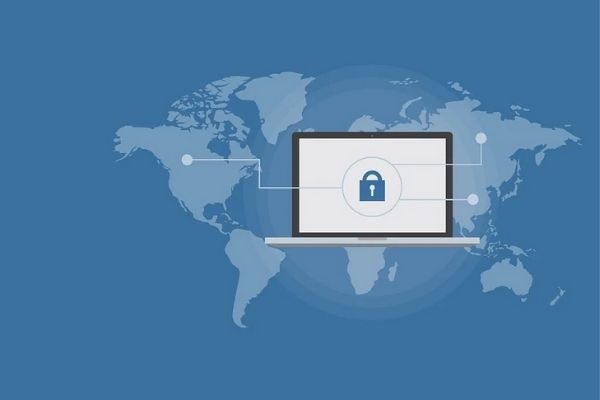 Some content, such as sports event steaming, may be geo-blocked due to licensing agreements or copyright laws, despite the presence of the content provider in your country. With a VPN, you can bypass all the geo-restrictions. You only need to use a VPN with a server in the country of origin, making you appear to be located in the country of the event. 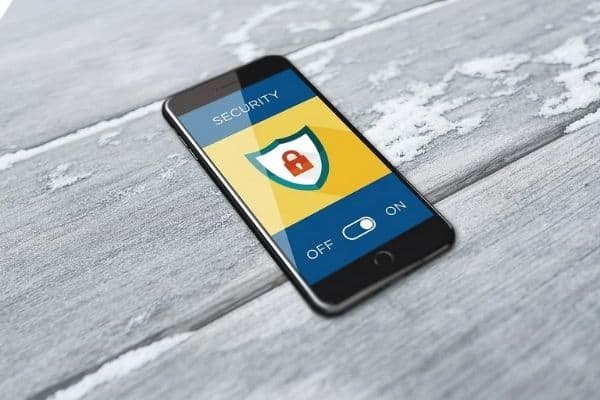 Anonymity and security are some of the reasons why most people use VPNs for VoIP. Also, in some countries, VoIP mediums such as Skype are blocked. However, the most worrisome part is when governments, hackers and other institutions monitor your communication. To stay safe and protected, you need a VPN. It will encrypt your internet connection, making it difficult to track. 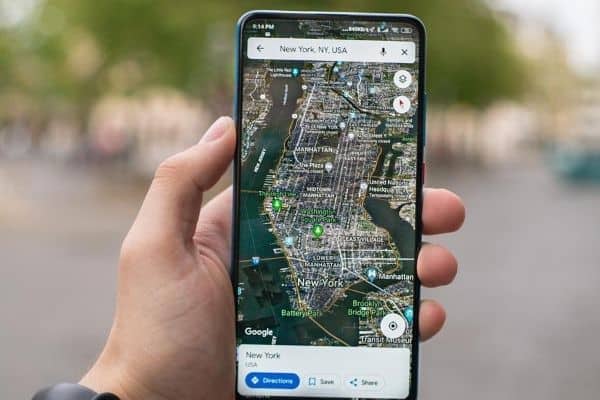 For whatever reason, you may want to hide your location at any given time. Maybe you are on vacation far from home, but you want people to believe you are around, or you simply want to hide something from employees. However, since the devices we use, such as phones and PCs, connect to the internet, they automatically have an IP address.

The unique chain of numbers that constitute the address can quickly identify your device and its location. A VPN can play a valuable role in hiding your IP address, thereby concealing your geographic location. You can use it to indicate that you are just nearby while in reality, you are miles away.

Cyber Security Data Privacy Security VPN
Disclaimer
Read More Read Less
The information provided on this website shouldn’t be considered as investment, tax, legal, or trading advice. Morning Tick is not an investment advisory platform, nor do we intend to be. The publication, its’s management team, or authored-by-line doesn’t seem liable for your personal financial losses, which may be due to your panic decisions based on the content we published. We strongly recommend considering our stories as just a piece of information, unlike advice, recommendations, or requests. Some of the contents may get outdated, updated, or inaccurate despite our profound editorial policies. We urge readers to do their due diligence before making any investments decision with ongoing IDOs, ICOs, IEOs, or any other kind of financial offerings. Few outbound links may be commissioned or affiliated, which helps us grow financially and maintain healthy editorial norms. For more information, visit disclaimer page.
Share. Facebook Twitter Pinterest LinkedIn Email Reddit WhatsApp
Previous ArticleSamsung teams up with Fintech Curve to launch Samsung Pay Card in UK
Next Article Elon Musk: Tesla Roadster 2 will have one ‘huge’ nut