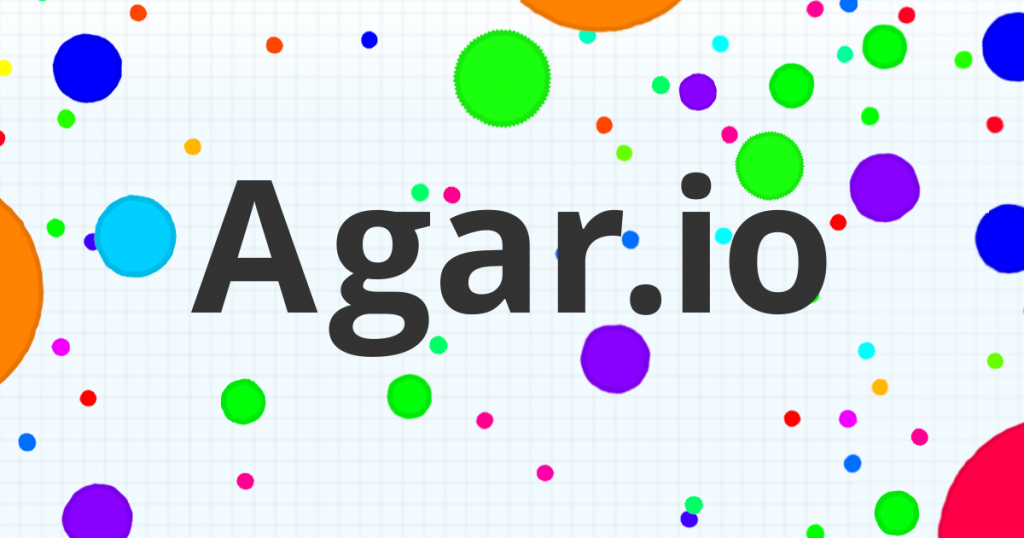 Are we looking for the top & best games like Agario? How to Agario play online without using Agario private server? Here in this post, we are sharing Best Alternatives to Agar.io that works on all platforms. We have handpicked these Game similar to agar.io that helps you choose the best!

Agar.io is a game where the players play as units or entities like a cell and consume each other’s units to get bigger. The final aim is to get bigger and attain an enormous mass compared to any other player. This game was a trendsetter, and several similar games were developed based on the same concept.

The basic outline or design of this game includes entities called cells, which are the players who have to consume pellets (Agar/Rainbow Pellets), which are randomly spread across the screen. Each pellet adds one mass to the cells initially, and later in the game, the units increase according to the size of the pellets.

Other than pellets, the cells can eat other cells or viruses to get bigger. Viruses are those entities when consume by a cell, the cells will eject out around 15 or fewer bits of cells, and these can act as a team. Cells emit mass to a virus, and if the ejected mass is more than seven units, another virus will be shot out in the direction of the last ejected pellet. Another mechanism used is splitting where the player can split a cell in order to get away from a larger cell or split on to a smaller cell to eat it.

Here in this article, we are providing you information about other games which are very much similar games like Agar.io and have equal potential to entertain the players. All of them have a similar concept of consuming and grow. Now let’s see a few alternatives for Agar.io, which can keep you interested in this genre of games.

The Agario io games listed below – we tried them already and handpicked for you. These alternatives are precisely the games like Agar.io.

Agarp.co is very similar to Agar.io, and the player acts as a cell, which has to grow in size by eating the other smaller cells. The game is set up in a black background, and multiple players can play by controlling their cells, which are of different colors. They should stay away from bigger cells to avoid death and consume smaller ones to grow bigger.

There are power-ups that a gamer can collect during the game, which would help them win. They have impressive gameplay, power-ups, simple controls, great mechanics, and excellent visual effects, which makes this game the best alternative for Agar.io.

Dot eater battle online is a puzzling, strategic multiplayer game that requires excellent playing skills to win this online battle. This was developed and published by Design Orbita. The player acts as a bacteria which has to hit on all small dots and other bacteria (other players) to grow big.

Lots of hurdles and other more prominent bacteria make this task more difficult, and the player requires the right strategies to get away from these. The game also allows character customization where the player can choose the character with different faces.

They have many unlockable levels, excellent graphics, simple controls, power-ups, and customizable characters, which makes it a good brainstorming experience for the players. Do try it!

This is also an eat and grow game where you have to eat other cells and grow in size and also increases the speed. You need to be careful about the bigger cells because they can consume you.

The player can survive the game if he is good enough to escape from the obstacles presented. This is a good alternative for agar.io if you are looking to relax and kill time.

This is a game where you play as a snake and consume food particles available at different positions on the screen. There will be enemy snakes from whom you need to stay away. If you consume an enemy snake, you will grow to a considerable size.

Basically, this game is similar to Agar.io with slight differences and will be a good experience for players of all ages and can turn out to be extremely addictive.

This uses the same theme and gameplay as agar.io. The player goes around consuming the small dots and grow big in size. You can also eject the mass of your cell by pressing the W key in the keyboard. Your cell can be divided into smaller cells by using the space key.

If you are a fan of Agar.io, then I suggest doing not miss this game. You will love it! Don’t forget to share your experience with us and tips 😉

This is another game like agar.io but based on fidget spinners. The main motive here is to collect dots that lead toward spinning faster than average. To reduce the mass or to take their dots, you have to collide with other spinners.

On their website, they mentioned, “Players 4x faster than you will 1-hit you, be careful! “. So better hurry, and we hope this will be an excellent mental exercise for the gamers and extremely fun to play.

Dogar is a massively multiplayer game where the player acts as a blob character who can move freely on the screen and eats up other dots to grow big. The game has different modes like Deathmatch, free roam, and team deathmatch.

This game has the capacity to immerse the player into the game world and give you a great experience.

This is a multiplayer game which has taken inspiration from Agar.io but has changed their theme into something more interesting. This game contains kings, warriors, and wizards and involves conquering a kingdom.

The visual effects and gameplay are so impressive that you may get glued to your screen and play for a very long time. I am sure that the players are going to enjoy this game and hence would suggest you try it.

This is inspired by agar.io, but this game focuses more on survival rather than growing bigger. There are lots of obstacles that the gamer has to avoid to get into the final death loop. All this makes the game extremely interesting and challenging. Give it a shot. It’s worth it!

This game was developed and published by Games labs. This is available only on platforms including Android, iOS, and web browsers. The player controls a snake and has to grow bigger to compete with the opponent snakes.

Other than opponents, there are other hurdles that the player has to avoid. There are boosters and power-ups and even different modes of game to keep one interested. The game includes a private room, super snake, enjoyable music, and various other features.

This is our list of the top 10 games similar to Agar.io, but there are many more. These games give you good challenging gameplay and can help you freshen up your brain after a long stressful working day. They can enhance your cognitive functions and improve your decision-making abilities. But on top of all this, you will have a lot of fun playing them.

If you know any other similar games like Agario that we missed in the above list, do leave your comments below!

Alternatives
Disclaimer
Read More Read Less
The information provided on this website shouldn’t be considered as investment, tax, legal, or trading advice. Morning Tick is not an investment advisory platform, nor do we intend to be. The publication, its’s management team, or authored-by-line doesn’t seem liable for your personal financial losses, which may be due to your panic decisions based on the content we published. We strongly recommend considering our stories as just a piece of information, unlike advice, recommendations, or requests. Some of the contents may get outdated, updated, or inaccurate despite our profound editorial policies. We urge readers to do their due diligence before making any investments decision with ongoing IDOs, ICOs, IEOs, or any other kind of financial offerings. Few outbound links may be commissioned or affiliated, which helps us grow financially and maintain healthy editorial norms. For more information, visit disclaimer page.
Share. Facebook Twitter Pinterest LinkedIn Email Reddit WhatsApp
Previous ArticleORBA – A MIDI controller that brings music in the grasp of your palm
Next Article Pundi X unveils ‘BOB’, World’s first Blockchain Smartphone

Top 10 Best Stripe Alternatives you should try in 2020

The 10 Best DocuSign Alternatives to Check Out (Affordable!)