By Guest ContributorPublished 6 months ago on May 24, 2022 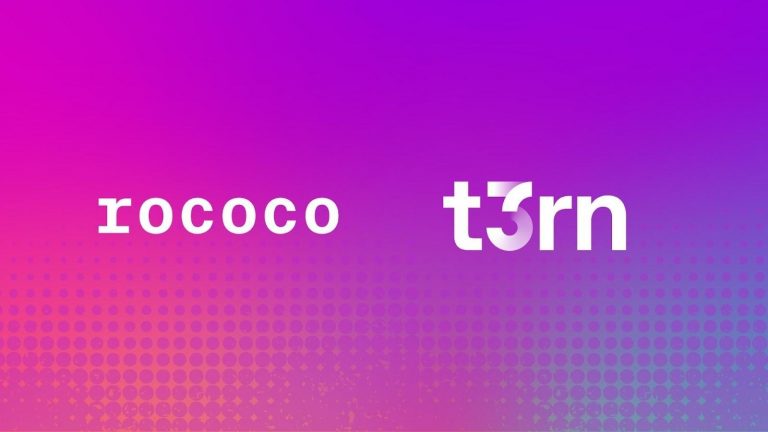 t3rn, a new cross-chain smart contract hub for Polkadot, has deployed its testnet parachain on the network’s primary testing bed, Rococo. Named t0rn, the network is now plugged into the rest of the ecosystem’s parachain testnets.

The Rococo deployment is vital to ensure the functionality of t3rn’s unique technological innovation in the Polkadot ecosystem: its atomic cross-chain smart contract execution environment. This aims to solve a  major problem in cross-chain interaction that spans different consensus environments: how to make sure that a transaction is validated on both ends of the transactions. This is especially difficult where a Proof of Stake network with checkpoints interacts with a probabilistic finality network (Proof of Work). A transaction originating from the PoS side might be confirmed on PoW, but a chain reorg can always result in the transaction being discarded.

t3rn’s atomic cross-chain execution model means that both sets of transactions are guaranteed to both succeed or fail (and rolled back in case of failure). The system relies on t3rn’s Circuit, an execution environment that dispatches smart contract calls to other parachains that have an active Gateway. Circuit has seen important optimizations in its verification times that allows it to be extremely efficient when working with Polkadot’s finality gadget, GRANDPA. Specifically, a Multi Finality Verifier collects GRANDPA ranges instead of the full proofs, which dramatically speeds up computation.

Circuit instructions submitted for cross-chain execution are called Side Effects, and are executed by off-chain binary Executors. These collect the Side Effects and evaluate them for execution on a risk-reward basis. If they consider the transaction to be worthwhile, they will volunteer to optimistically execute them, provided they commit an insurance bond. The Optimistic execution model, used for example by Ethereum rollups, allows systems to execute first and then finalize the transaction at a later date, with the game-theory assumption that any misbehavior will eventually be punished and thus never tried in the first place.

“Deploying on Rococo is a huge milestone for us, as this is the last testing ground before reaching a mainnet with economic value” said Maciej Baj, Founder of t3rn. “With t0rn, developers will be able to try out our backend and our unified UI. Other parachains can register for Gateways and test our execution model. We think this will be revolutionary for the Polkadot ecosystem, finally enabling true cross-chain execution going beyond simple asset transfers.”

t3rn is a smart contract hub that enables cross-chain execution, proposing an easy and accessible model that any platform can achieve smart contract interoperability. The t3rn protocol focuses specifically on the fail-safe aspect of cross-chain execution, where an execution finishes in all of the connected blockchains or rolls back all of the trice (side effects). t3rn is backed by Polychain, IOSG and DFG, as well as receiving a Web3 Foundation grant.

Press Release
Disclaimer
Read More Read Less
The information provided on this website shouldn’t be considered as investment, tax, legal, or trading advice. Morning Tick is not an investment advisory platform, nor do we intend to be. The publication, its’s management team, or authored-by-line doesn’t seem liable for your personal financial losses, which may be due to your panic decisions based on the content we published. We strongly recommend considering our stories as just a piece of information, unlike advice, recommendations, or requests. Some of the contents may get outdated, updated, or inaccurate despite our profound editorial policies. We urge readers to do their due diligence before making any investments decision with ongoing IDOs, ICOs, IEOs, or any other kind of financial offerings. Few outbound links may be commissioned or affiliated, which helps us grow financially and maintain healthy editorial norms. For more information, visit disclaimer page.
Share. Facebook Twitter Pinterest LinkedIn Email Reddit WhatsApp
Previous ArticleDeFiChain forms technical committee to further decentralize the consensus code governance
Next Article Brickken introduces tokenizing company stock