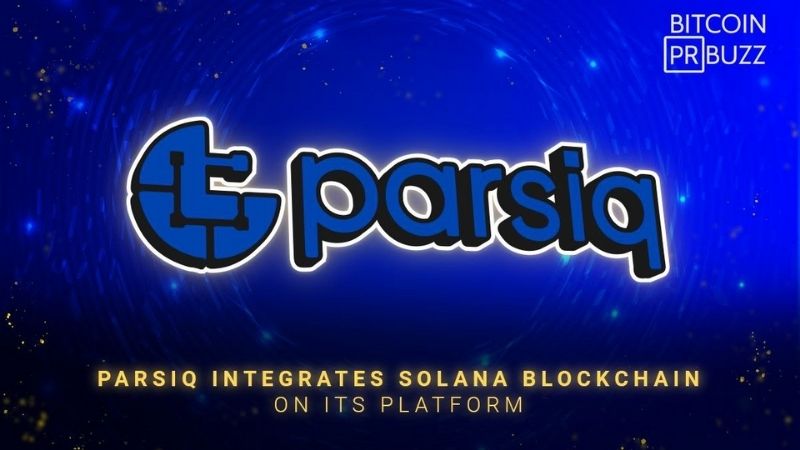 With PARSIQ now integrated into Solana, users on the Solana network can now reap all the benefits from the PARSIQ ecosystem. Using PARSIQ’s push-based data-stream aggregator that adds a programmability level on top of real-time data-streams. PARSIQ allows users to combine independent data streams and write arbitrary scenarios in reactive style using the easy scripting language. Developers too can now build on-chain to off-chain solutions on PARSIQ using ParsiQL language for the Solana blockchain.

Users don’t need to think about an environment, server configuration, runtime management. PARSIQ even provides users with their own programmable data storage where they can place their auxiliary data to use in their scripts.

PARSIQ scripts (called Smart Triggers) not only react, they can keep data, update it and react differently in future on basis of already processed data. In other words they can learn. So PARSIQ is an ideal platform not only for monitoring, it is a platform for deploying bots, strategies that can learn, AML compliance rules, automated accounting and so on.

Solana is touted as being one of the fastest blockchains, having launched their mainnet in beta in March 2020, they have since processed over 12 billion transactions with a reported rate of 50.000 TPS (Transactions Per Second). Speed isn’t the only thing going for Solana, with 652 Global Validators, the average transaction performed on the network costs only an estimated $0.00001.

Not only is Solana fast, they’ve also seen tremendous growth and user adoption on their platform, with 4.9 million unique wallets at EOY 2020. They’ve even seen popular DEX Serum launch exclusively on the Solana blockchain.

Disclaimer: This article was published in partnership with BitcoinPRBuzz, and not edited by our editorial team.

Disclaimer
Read More Read Less
The information provided on this website shouldn’t be considered as investment, tax, legal, or trading advice. Morning Tick is not an investment advisory platform, nor do we intend to be. The publication, its’s management team, or authored-by-line doesn’t seem liable for your personal financial losses, which may be due to your panic decisions based on the content we published. We strongly recommend considering our stories as just a piece of information, unlike advice, recommendations, or requests. Some of the contents may get outdated, updated, or inaccurate despite our profound editorial policies. We urge readers to do their due diligence before making any investments decision with ongoing IDOs, ICOs, IEOs, or any other kind of financial offerings. Few outbound links may be commissioned or affiliated, which helps us grow financially and maintain healthy editorial norms. For more information, visit disclaimer page.
Share. Facebook Twitter Pinterest LinkedIn Email Reddit WhatsApp
Previous ArticleAnalysis: Cardano (ADA) dwells in the overbought zone as it records new ATH
Next Article Polkadot (DOT) and Stellar (XLM) steadily recover from the recent crash