By Guest ContributorPublished 6 months ago on March 11, 2022 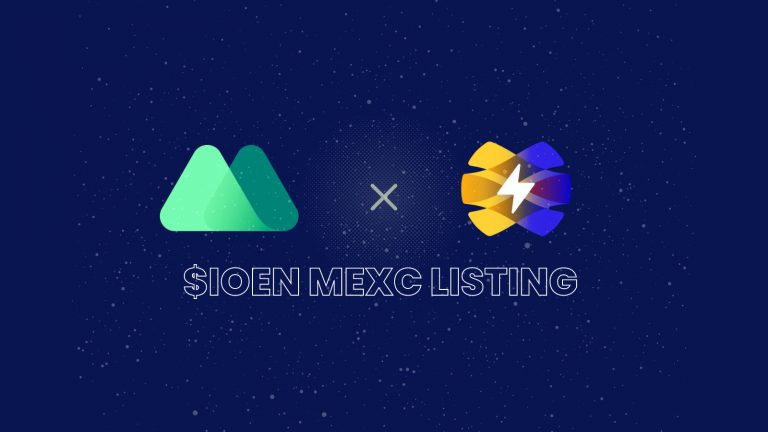 Prior to trading opening, IOEN is participating in the MEXC Kickstarter event, where users can vote in support of the listing using a token for a share of IOEN to be air dropped after voting goals are met. The reward pool is valued at 5 mil IOEN. Voting opens on 14 March 2022 at 03:00 (UTC) and closes on 14 March 2022 at 10:50 UTC.

Connor Gamble, Head of Operations, shares that “listing on a second major exchange furthers IOEN’s foothold in the Clean Tech Crypto space and should excite current and future supporters as the team pushes forward in its mission.” In addition to the listing, the team has also just released its IOEN protocol V.01 aiming at building a robust renewable energy ecosystem to facilitate energy value transactions in the local economy globally.

IOEN is a community-driven network that enables connection and value exchange between any energy device, user, or market. IOEN is the next generation of digital energy management and optimisation technology.

IOEN tech enables an interconnected system of virtual microgrids that facilitate transactions within and between local energy ecosystems: from the appliance level to energy generation, storage, and consumption. We are the backbone of the new tokenized energy ecosystem, building out the global clean energy ecosystem wherever you are, device by device.

What is MEXC Global?

Founded in 2018, MEXC Global is known as the exchange of high performance and mega transaction matching technology. The team at MEXC Global are some of the first movers and pioneers of financial and blockchain technology.

Currently, MEXC Global caters to 6 million+ users in more than 70 countries around the world and we have just started. This magnificent achievement is a significant milestone, and MEXC Global aims to become the go-to platform for new traders and experienced investors as they move forward in their financial journey.

Press Release
Disclaimer
Read More Read Less
The information provided on this website shouldn’t be considered as investment, tax, legal, or trading advice. Morning Tick is not an investment advisory platform, nor do we intend to be. The publication, its’s management team, or authored-by-line doesn’t seem liable for your personal financial losses, which may be due to your panic decisions based on the content we published. We strongly recommend considering our stories as just a piece of information, unlike advice, recommendations, or requests. Some of the contents may get outdated, updated, or inaccurate despite our profound editorial policies. We urge readers to do their due diligence before making any investments decision with ongoing IDOs, ICOs, IEOs, or any other kind of financial offerings. Few outbound links may be commissioned or affiliated, which helps us grow financially and maintain healthy editorial norms. For more information, visit disclaimer page.
Share. Facebook Twitter Pinterest LinkedIn Email Reddit WhatsApp
Previous ArticleMidas.Finance introducing a new node tier system
Next Article SHANTI to launch in Cambodia