Within 5 hours of the launch, $1.4 million worth of assets were locked on the DEX

By Guest ContributorPublished 9 months ago on March 5, 2022 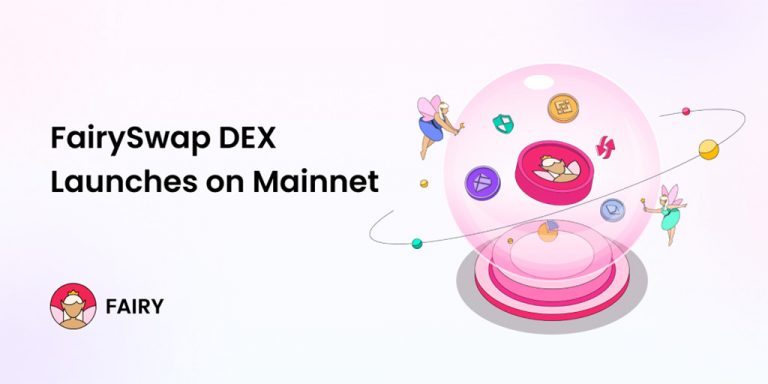 FairySwap, a next-generation privacy DEX, went live just two days ago on March 2nd, but is already attracting attention and capital. Within 5 hours of staking going live, $1.4 million worth of assets were locked on the platform, and in another 5 hours, that number grew to over $2.2 million (or over 100 million FRA tokens).

FairySwap is the first DEX to launch on the Findora Network and is leading the #PriFi revolution. Designed to focus on privacy protection, it leverages Findora’s zero-knowledge proof technology to shield user data in the mempool, helping prevent front-running and flash-bot attacks. It also gives users increased functionality like confidential transactions and, in the future, programmable privacy.

Using Findora’s powerful EVM, FairySwap supports cross-chain swaps and efficient trades that have fast finality and low fees. “It’s like PancakeSwap, but private and faster,” said its co-founder in a recent interview.

This means that the community will own 100% of the tokens and completely control the future of the DEX. Where other projects save vast amounts of the total token supply for insiders, VCs, and advisors, FairySwap guarantees this platform is governed by the community for the community.

FairySwap has ambitious plans including its own metaverse and pay-to-play games using “FairyNFTs.” It hopes to develop “programmable privacy” that could allow users to choose how much data to reveal or shield. This could mean users can pass local KYC requirements without exposing their data to traders.

With fast trades, low fees, cross-chain interoperability, and the goal of creating total privacy, FairySwap is leading the way in the future of DEXs.

Findora is a privacy blockchain, built with zero-knowledge proofs, which aims to establish “PriFi” or Privacy Finance. Using state-of-the-art technology like bulletproofs and PLONKs, Findora creates a publicly verifiable ledger that doesn’t expose any individual or transaction data. Built to provide privacy and auditability, it is the next step in blockchain technology.

Join our communities to learn more about FairySwap, and stay updated:

Press Release
Disclaimer
Read More Read Less
The information provided on this website shouldn’t be considered as investment, tax, legal, or trading advice. Morning Tick is not an investment advisory platform, nor do we intend to be. The publication, its’s management team, or authored-by-line doesn’t seem liable for your personal financial losses, which may be due to your panic decisions based on the content we published. We strongly recommend considering our stories as just a piece of information, unlike advice, recommendations, or requests. Some of the contents may get outdated, updated, or inaccurate despite our profound editorial policies. We urge readers to do their due diligence before making any investments decision with ongoing IDOs, ICOs, IEOs, or any other kind of financial offerings. Few outbound links may be commissioned or affiliated, which helps us grow financially and maintain healthy editorial norms. For more information, visit disclaimer page.
Share. Facebook Twitter Pinterest LinkedIn Email Reddit WhatsApp
Previous ArticleEverdome and Metahero launches on Bybit, reaching a new milestone
Next Article dHEDGE integrates Uniswap v3, boosting capital efficiency for asset managers