By Guest ContributorPublished 8 months ago on April 2, 2022 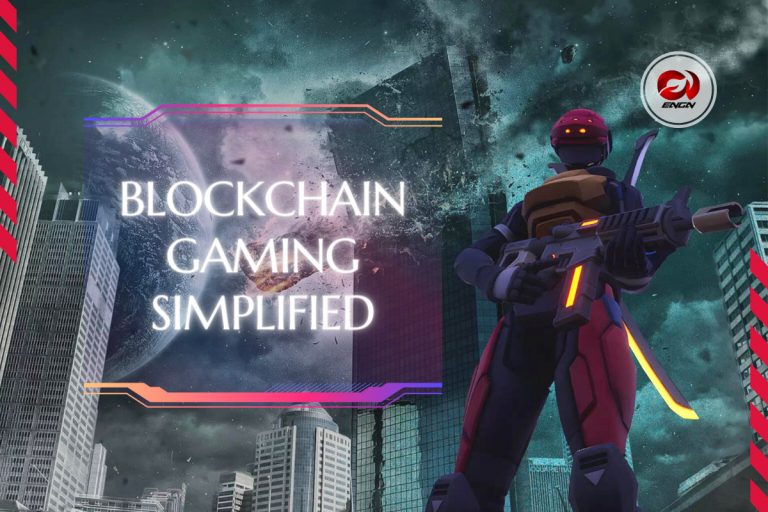 Engine, an innovative gaming protocol built to simplify game development on the blockchain, will be releasing its first in-house play-to-earn (P2E) game. Pioneering the next generation of 3D shooters in the crypto industry, Engine aims to bring a high-quality experience that will entice gamers and crypto enthusiasts alike.

The new title, which is scheduled for release on the 10th of April, is inspired by the likes of Fortnite and features beautiful artistry and cutting-edge graphics built on the powerful Unreal Engine. With engaging shooting mechanics and a thrilling soundtrack, there is growing hype behind Engine’s first venture into game development.

Through the new game, Engine aims to establish a foothold and serve the rapidly expanding blockchain gaming industry.

Both the mainstream gaming community and major video game studios are hesitant to delve into blockchain technology and non-fungible tokens (NFTs). Launched in late 2021, Engine is a revolutionary protocol that aims to bridge the world of traditional gaming with blockchain.

Engine’s toolset enables both indie and large gaming studios to easily integrate blockchain technology into their games. In doing so, studios can focus exclusively on what they do best, which is game development, while Engine takes care of blockchain and smart contract implementation.

Beloved games such as Fortnite, Overwatch, and League of Legends can now easily integrate crypto rewards, player-versus-player (PvP) wagering, and other chances to set up new revenue and make their economies flourish like never before through the play-to-earn model.

The Engine protocol attaches itself to the data stored on game servers and records it on the blockchain. Files containing characters’ stats, scores, and other information are uploaded once onto the blockchain and then uploaded in specific time intervals. Thanks to its immutability features, blockchain ensures the risks of hacking or cheating the game system are minimized.

The Engine protocol also has its own native ERC-20 token, $ENGN, and supports game developers through the ENGN arcade, its library of play-to-earn games. Engine also has its own NFT marketplace planned and plans to make its first move into the metaverse through its upcoming virtual reality (VR) lounge.

With a new game and several features in the pipeline, the Engine ecosystem has an ambitious vision for the mainstream gaming industry. Soon gaming developers and studios will have all the tools necessary to access decentralized technologies and encrypted servers, thus establishing new audiences and making the leap towards NFTs, play-to-earn, and the metaverse.

Visit Engine’s official website (https://engntoken.com/) and social media channels (https://twitter.com/EngineENGN)  to learn more about the protocol and the upcoming release of their first game.

Press Release
Disclaimer
Read More Read Less
The information provided on this website shouldn’t be considered as investment, tax, legal, or trading advice. Morning Tick is not an investment advisory platform, nor do we intend to be. The publication, its’s management team, or authored-by-line doesn’t seem liable for your personal financial losses, which may be due to your panic decisions based on the content we published. We strongly recommend considering our stories as just a piece of information, unlike advice, recommendations, or requests. Some of the contents may get outdated, updated, or inaccurate despite our profound editorial policies. We urge readers to do their due diligence before making any investments decision with ongoing IDOs, ICOs, IEOs, or any other kind of financial offerings. Few outbound links may be commissioned or affiliated, which helps us grow financially and maintain healthy editorial norms. For more information, visit disclaimer page.
Share. Facebook Twitter Pinterest LinkedIn Email Reddit WhatsApp
Previous ArticleTDX Launchpad: A promising partnership between IBC Group and TradeDog
Next Article Choise.com announces 3.5 million CHO token sale starting April 5