By Guest ContributorPublished 4 months ago on July 8, 2022 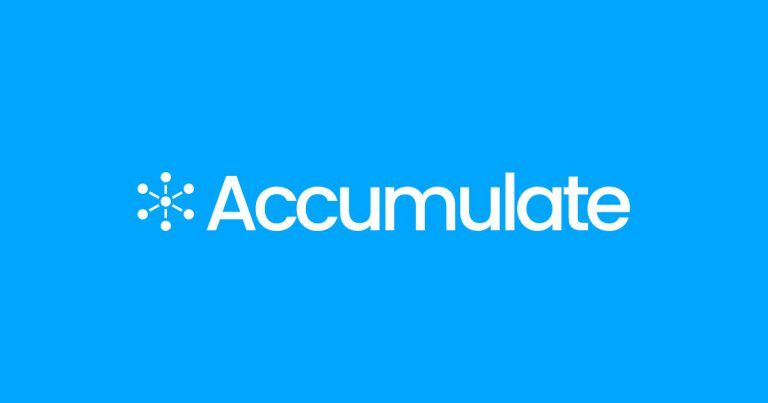 Delegated Proof of Stake (DPoS) blockchain Accumulate has released its official governance documents. These detail the network’s constitution, its list of stakeholders, and the various rules and policies that govern both the protocol and the community. They also outline the primary role that the ACME token will play in the protocol’s development.

At a high level, Accumulate combines traditional and novel approaches to blockchain governance in order to achieve optimal decentralized decision-making while maintaining a solid vision and clear direction for the community and ecosystem.

The core components of the constitution include the ACME token, workflows & committees, and stakeholders.

Key properties of the ACME token, as outlined in the governance documentation, include:

Other topics covered in Accumulate’s governance documentation include the role of committees, which are selected by stakers and validators to manage critical  workflows, and a definition of validator types. This latter category includes Node Validators for the Directory Validator Network and the Block Validator Networks (protocol), Data Server Validators, Staking Validators, NFT Validators, and ACME stakers.

A grant system is also addressed in the governance documentation, designed to support projects that wish to build on top of Accumulate and help expand the ecosystem.

The grant pool will initially be allocated 60 million ACME tokens and be funded annually by a certain amount of ACME tokens as determined by a Governance committee. Around 20% of unissued tokens will be dedicated to the grant pool once Accumulate migrates to proof of stake.

Ultimately, Accumulate’s governance process aims to combine the best processes observed in DAOs for coordinating community members while scaling decision-making by empowering stakeholders through committees and workflows to drive initiatives within their area of expertise.

To learn more about the governance framework for Accumulate, visit https://gitlab.com/accumulatenetwork/governance.

The Accumulate Protocol  (“Accumulate”) is an identity-based, Delegated Proof of Stake (DPoS) blockchain designed to power the digital economy through interoperability with Layer-1 blockchains, integration with enterprise tech stacks, and interfacing with the World Wide Web. Accumulate bypasses the trilemma of security, scalability, and decentralization by implementing a chain-of-chains architecture in which digital identities with the ability to manage keys, tokens, data, and other identities are treated as their own independent blockchains. A two-token system provides predictable costs for enterprise users, while anchoring all transactions to Layer-1 blockchains provides enterprise-grade security to everyone.

Press Release
Disclaimer
Read More Read Less
The information provided on this website shouldn’t be considered as investment, tax, legal, or trading advice. Morning Tick is not an investment advisory platform, nor do we intend to be. The publication, its’s management team, or authored-by-line doesn’t seem liable for your personal financial losses, which may be due to your panic decisions based on the content we published. We strongly recommend considering our stories as just a piece of information, unlike advice, recommendations, or requests. Some of the contents may get outdated, updated, or inaccurate despite our profound editorial policies. We urge readers to do their due diligence before making any investments decision with ongoing IDOs, ICOs, IEOs, or any other kind of financial offerings. Few outbound links may be commissioned or affiliated, which helps us grow financially and maintain healthy editorial norms. For more information, visit disclaimer page.
Share. Facebook Twitter Pinterest LinkedIn Email Reddit WhatsApp
Previous ArticleNEOPIN signs strategic partnership with Cube Entertainment
Next Article Equilibrium, a Polkadot cross-chain DeFi app, finally launches its first phase of the public offering