Will the NFT boom be like the Dotcom bubble? Beeple answers 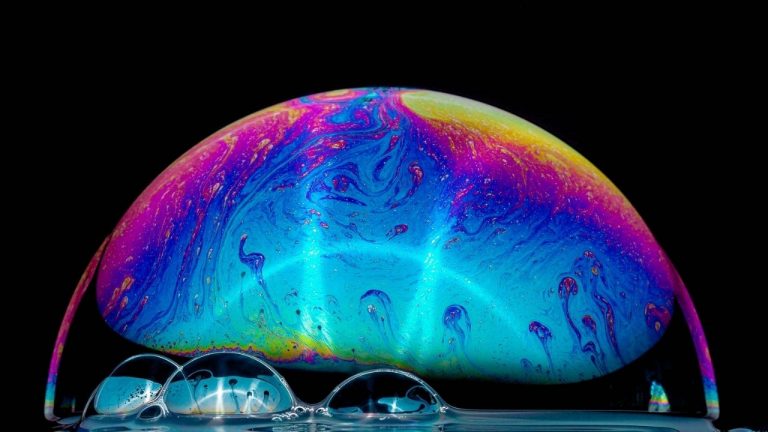 NFTs or non-fungible tokens are like the early stages of the internet and will witness a similar future like the dot-com bubble, according to Beeple aka Mike Winkelmann. “And if it’s not a bubble now, I do believe it will probably be a bubble at some point because there are just so many people rushing into the space,” he said in a CoinDesk TV interview.

“Everyone was super, super hyped about it, but it didn’t kill the internet when the bubble popped. It just wiped out all of the crap,” Beeple said. “I honestly think that’s what’s going to happen with this. It will take all the things that are hype and not real [NFT] projects and those will go to zero. But it’s not going to kill this technology.”

In simple words, a lot of crypto art will slump in price eventually becoming worthless.

To buy or not to buy?

However, there are some huge risks associated with NFTs.

Trouble arises when the URL for the NFT breaks or the company hosting it disappears and, as a result, the investor is unable to access their digital work.

“InterPlanetary File System (IPFS) only serves files as long as a node in the IPFS network – intentionally – keeps hosting it. Which means when the startup who sold you the NFT goes bust, the files will probably vanish from IPFS too,” warned IT professional Jonty Wareing in a Twitter thread.

Oh, and that URL is not the media. That URL is a JSON metadata file

Furthermore, another risk is scammers can duplicate NFTs by creating fake digital images that they claim were created by famous artists and sell it for millions.

But what is an NFT?

Last month, Beeple’s NFT collage Everydays: The First 5000 Days sold for $69.3m at a Christie’s auction while Twitter founder Jack Dorsey’s NFT of the first-ever tweet was auctioned for $2.9m. But the individuals that bought these digital items received nothing tangible back. Instead, they got a digital token known as an NFT. The buyer of the $69m Beeple NFT MetaKovan, thinks the token is actually worth $1bn.

NFTs are digital items that can’t be interchanged, swapped or exchanged and retain certain identical values. The asset could be a video, visual elements or audio that are tokenized based on blockchain technology. The underlying assets of NFTs can also include a meme, Pokémon cards or even a digital self-portrait. These unique and unexchangeable assets fall in the same category as collector items where they can be viewed but only one person can own them.

The NFT generally contains a URL that directs the buyer to a website where the image is stored, or it contains a link to a file on the IPFS – a peer-to-peer network for sharing and storing files.

Given that the NFT market was worth about $250m last year and has already reached $200m in turnover from January to March, it’s easy to see why it’s attracting so many investors.

Crypto News NFT
Disclaimer
Read More Read Less
The information provided on this website shouldn’t be considered as investment, tax, legal, or trading advice. Morning Tick is not an investment advisory platform, nor do we intend to be. The publication, its’s management team, or authored-by-line doesn’t seem liable for your personal financial losses, which may be due to your panic decisions based on the content we published. We strongly recommend considering our stories as just a piece of information, unlike advice, recommendations, or requests. Some of the contents may get outdated, updated, or inaccurate despite our profound editorial policies. We urge readers to do their due diligence before making any investments decision with ongoing IDOs, ICOs, IEOs, or any other kind of financial offerings. Few outbound links may be commissioned or affiliated, which helps us grow financially and maintain healthy editorial norms. For more information, visit disclaimer page.
Share. Facebook Twitter Pinterest LinkedIn Email Reddit WhatsApp
Previous ArticleTesla’s bitcoin holdings stands at $2.5bn, SEC filings show
Next Article Coinbase to now allow users buy crypto via PayPal