Will the crypto trade burst like ‘the internet stock bubble’? Mark Cuban answers 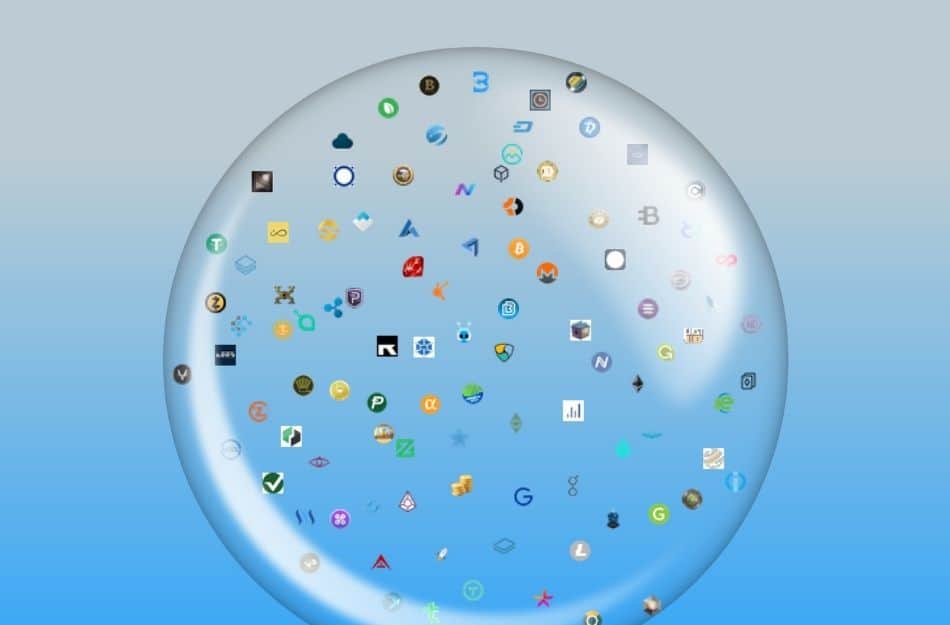 After achieving the $1 trillion figure, the crypto market slumped and lost over $200 billion after Bitcoin and ether crashed by circa 12% and 23% respectively.

“Watching the cryptos trade, it’s EXACTLY like the internet stock bubble,” the owner of the Dallas Mavericks tweeted. “As during the dot-com bubble, ‘the experts’ try to justify whatever the pricing of the day is,” Cuban added.

But, Cuban admits that digital assets such as Bitcoin, which has risen nearly 300% in the past 12 months might survive despite the potential bubble bursting – similar to how enterprises like Amazon and eBay persisted during the internet stock bubble. “A few others will be analogous to [firms] that were built during the dot-com era,” and “survived the bubble bursting and thrived.”

While Cuban has previously invested in crypto businesses and in bitcoin, he deems it to be a gamble. “If you’re a true adventurer and you really want to throw the Hail Mary, you might take 10% and put it in Bitcoin or Ethereum,” he said in an interview with Vanity Fair. “But, if you do that, you’ve got to pretend you’ve already lost your money.”

Cuban adds that crypto – similar to gold – is driven by supply and demand. However, “[All] the narratives about debasement, fiat, etc. are just sales pitches. The biggest sales pitch is scarcity vs. demand. That’s it,” he tweeted. Admittedly, if one starts investing hard-earned money in crypto, stocks or other currencies which one “can’t afford to pay back”, Cuban said, “you are a fool.”

“Along the way, MANY fortunes will be made and LOST. There is a [99%] chance you will lose EVERYTHING. Personal disaster stories are built on leverage,” Cuban tweeted. “My advice? Learn how to hedge,” he advised based on his own experience during the dot-com boom. These recent tweets echo a similar comment from another interview with Forbes that Bitcoin is “a store of value…that is more religion than solution to any problem,” he said at the time.

Cuban’s tweets come just as the UK’s regulatory body issued a warning for consumers about the investment risks in cryptocurrencies, and that investors should “prepare to lose all [their] money.”

Cuban is hardly alone in being bullish about Bitcoin. Investor Chamath Palihapitiya in a recent interview on CNBC’s “Halftime Report” predicted that Bitcoin will soar five-fold.

While those in favor of bitcoin say it will serve as the alternative to US dollar and a hedge against inflation, and that despite its volatility it will be more valuable than gold, not all are convinced that the price will continue to rise. Time will tell whether bitcoin or any cryptocurrency will replace fiat or government-backed currency.

Bitcoin Crypto News Featured Gold Mark Cuban
Disclaimer
Read More Read Less
The information provided on this website shouldn’t be considered as investment, tax, legal, or trading advice. Morning Tick is not an investment advisory platform, nor do we intend to be. The publication, its’s management team, or authored-by-line doesn’t seem liable for your personal financial losses, which may be due to your panic decisions based on the content we published. We strongly recommend considering our stories as just a piece of information, unlike advice, recommendations, or requests. Some of the contents may get outdated, updated, or inaccurate despite our profound editorial policies. We urge readers to do their due diligence before making any investments decision with ongoing IDOs, ICOs, IEOs, or any other kind of financial offerings. Few outbound links may be commissioned or affiliated, which helps us grow financially and maintain healthy editorial norms. For more information, visit disclaimer page.
Share. Facebook Twitter Pinterest LinkedIn Email Reddit WhatsApp
Previous ArticleCryptocurrency trading platform Bakkt to go public at $2.1b valuation
Next Article Cryptocurrency crowned as most popular among influencer discussions on Twitter