Will Polkadot (DOT) and Cardano (ADA) emerge as big winners of this latest crash? 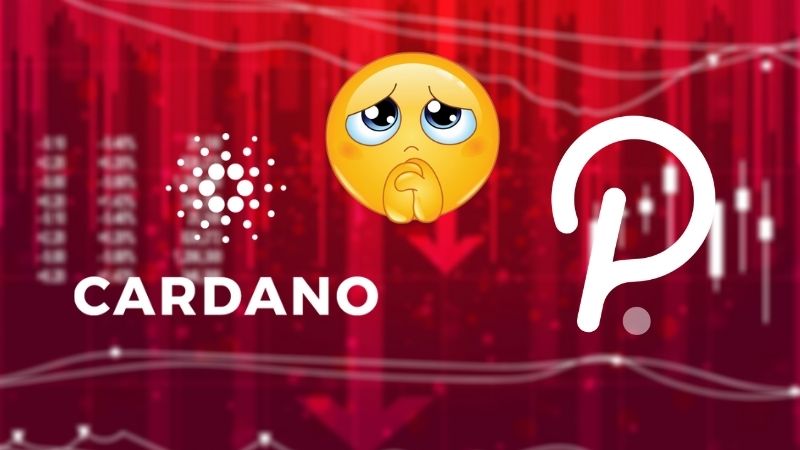 The latest crash in the crypto market left several coins drowning in the red sea. While most of them were seen gasping for breath, Polkadot [DOT] and Cardano [ADA] were seen least affected by the latest carnage.

Polkadot [DOT] turned out to be one of the most promising assets of this year. Despite being late to the crypto-verse, DOT did not step back. The asset took over several major assets like Litecoin [LTC], XRP, and Cardano [ADA], to become the fifth-largest cryptocurrency. Currently, DOT’s market cap was at $30.15 billion, aiding to $1.47 trillion of the total market cap.

The altcoin price was seen at $33.16, with a 3.76% slump, in the last 24-hours. The stop in the altcoin’s price seemed pretty dainty compared to that of XRP, Bitcoin Cash [BCH], and other assets as they endured a drop of over 10% over the last day.

On the one-day price chart of Polkadot [DOT] was seen saying sayonara to the bulls as the bears had made an entry. The Parabolic SAR formed dotted lines over the candlesticks, which acted as a resistance line against any possible breakout in the upward direction.

The Awesome Oscillator, after a series of green bars, laid out a single red closing bar. The Relative Strength Index indicator revealed that DOT was still exhibiting a buyers’ notion.

While this could mean that DOT could witness a drop just like the other coins, the same range of its potential downfall is uncertain.

As all the other coins were seen undergoing a descent, ADA was seen trying to achieve an all-time high. The coin went to a high of $1.13 and was seen retracing during writing. ADA, currently, was trading at $0.97 with a surge of 4.91% in the last 24-hours.

Cardano’s price chart on Binance revealed that the bulls were still in the altcoin’s market.

The Chaikin Money Flow indicator was seen sharing a bullish momentum as the marker was over zero. The MACD indicator had formed a bullish crossover.

But, the MACD line was seen going for a crossover with the signal line. This could possibly induce bears into the ADA market.

Altcoins Cardano Crypto News Polkadot
Disclaimer
Read More Read Less
The information provided on this website shouldn’t be considered as investment, tax, legal, or trading advice. Morning Tick is not an investment advisory platform, nor do we intend to be. The publication, its’s management team, or authored-by-line doesn’t seem liable for your personal financial losses, which may be due to your panic decisions based on the content we published. We strongly recommend considering our stories as just a piece of information, unlike advice, recommendations, or requests. Some of the contents may get outdated, updated, or inaccurate despite our profound editorial policies. We urge readers to do their due diligence before making any investments decision with ongoing IDOs, ICOs, IEOs, or any other kind of financial offerings. Few outbound links may be commissioned or affiliated, which helps us grow financially and maintain healthy editorial norms. For more information, visit disclaimer page.
Share. Facebook Twitter Pinterest LinkedIn Email Reddit WhatsApp
Previous ArticleBitcoin price prediction: What’s next for BTC, $50K or more dip?
Next Article New York AG bans Tether, Bitfinex over false claims about USD backing and losses