Will Bitcoin be the ‘alternative’ to paper money and gold? 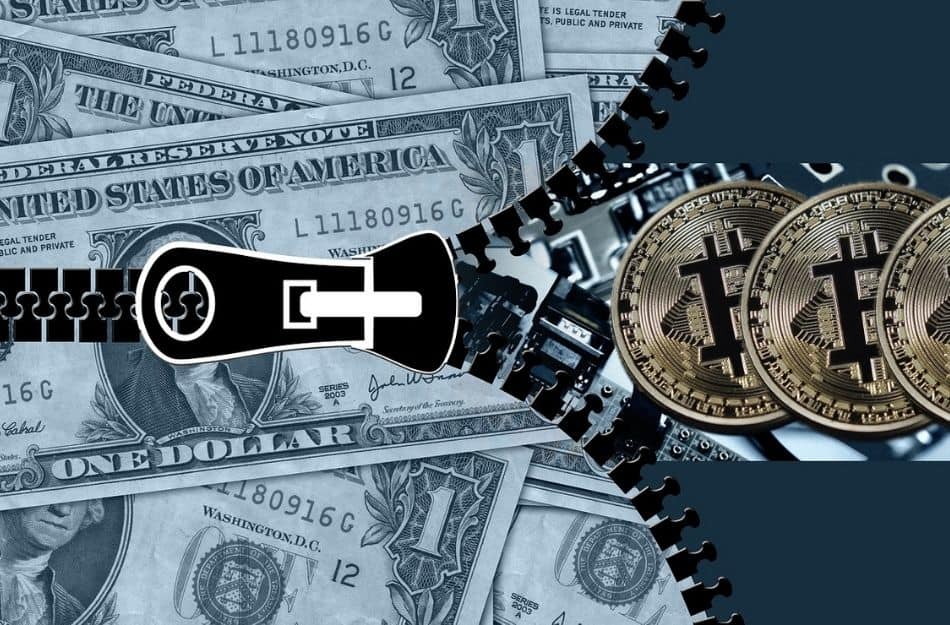 Bitcoin has seen a surge in participation from both retail and institutional investors in the past few months and has seen its price-driven to an all-time high. While this has turned some cryptocurrency skeptics into believers, there are still many who see the recent surge in cryptocurrency prices as another bubble that could burst at any time.

As the cryptocurrency moves to new highs and cash infusion into the digital currency grows exponentially, there is a lot of debate if Bitcoin and other digital currencies will replace gold and other traditionally safe investment assets for investors.

Global investment bank JP Morgan said in a note earlier this month that Bitcoin would emerge as a popular contender to replace gold, as more investors opt-out of the shiny metal and look for other assets to hedge their investments.

Gold, along with other safe-haven assets like sovereign debts, has been seen as a safe bet by investors in times of high market volatility and rising inflation. But as the value proposition of Bitcoin rises, and its use as a means of exchange in trade and commerce between countries and individuals increases, the cryptocurrency could emerge as an unlikely winner.

With the falling faith in the U.S. dollar, and Central Banks around the world looking to build their own digital currencies, Bitcoin is already in the forefront of being an accepted form of payment. Also, in a world today where countries are looking to move away from a single power’s hegemony, dependence of alternative currency sources like Bitcoin could increase.

While JP Morgan said that Bitcoin prices could reach $146,000 overtime, they added that the current volatility in Bitcoin prices would not sustain if Bitcoin reaches a higher price in the short term.

But that could change as more people take to digital currencies. As investors look for alternative investment opportunities, Bitcoin could become the new Digital gold and a new store for value, because of its low investment risk status. If Bitcoin becomes an accepted mode of payment by mainstream financial tech companies like PayPal, it could see more participation by new investors, further raising its value.

Adoption Bitcoin Gold JP Morgan Payment
Disclaimer
Read More Read Less
The information provided on this website shouldn’t be considered as investment, tax, legal, or trading advice. Morning Tick is not an investment advisory platform, nor do we intend to be. The publication, its’s management team, or authored-by-line doesn’t seem liable for your personal financial losses, which may be due to your panic decisions based on the content we published. We strongly recommend considering our stories as just a piece of information, unlike advice, recommendations, or requests. Some of the contents may get outdated, updated, or inaccurate despite our profound editorial policies. We urge readers to do their due diligence before making any investments decision with ongoing IDOs, ICOs, IEOs, or any other kind of financial offerings. Few outbound links may be commissioned or affiliated, which helps us grow financially and maintain healthy editorial norms. For more information, visit disclaimer page.
Share. Facebook Twitter Pinterest LinkedIn Email Reddit WhatsApp
Previous ArticleAmid rising value, will Bitcoin become the mother of all bubbles?
Next Article Crypto market may face $60b liquidity crunch, says Investment strategist Raoul Pal