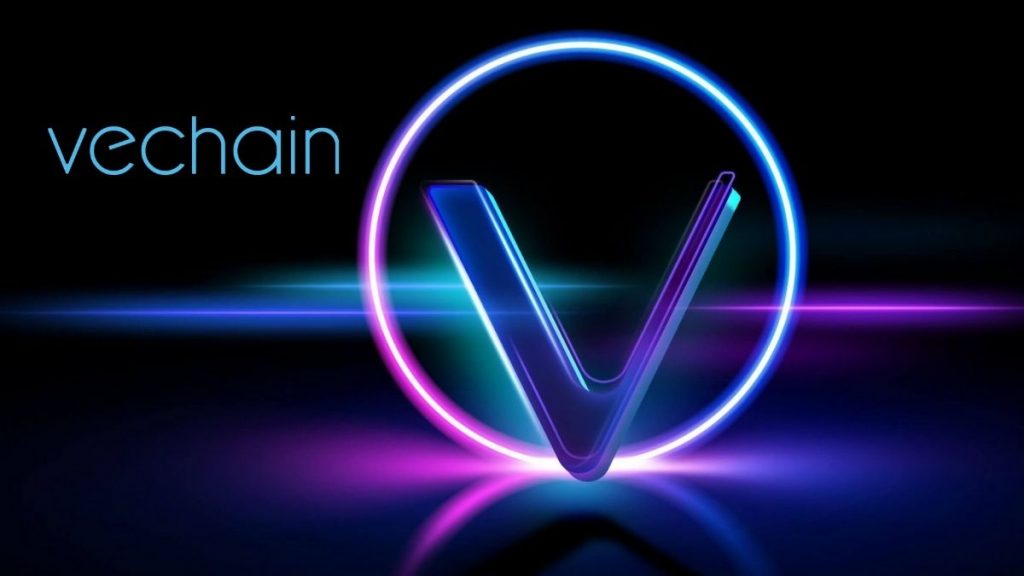 VeChain price is consolidating under a new record high, posted after a rally on Tuesday, sparked by new partnerships. VET/USD increases above the previous day’s high of $0.108 after the rebound-off lows from $0.086 of the ascending trendline support. This technical formation has a bullish bias after the rebound from the recent low was triggered.

Despite a leg lower on the Apr. 3, the VET token retains its bullish phase for the 3rd day in a row. At the time of writing, VeChain (VET) is trading around $0.11, following a 21% increase in price since last week.

Over the past 24 hours, VET has gained around 18%. The world’s 20th largest cryptocurrency by market cap has been pushing to the upside since the start of the new year and is attempting a breakout from its ascending channel.

The Altcoin experienced significant drops during mid-February, however in a welcome turn of events, VET has been putting in higher highs since then, with price growing from $0.034 to around $0.116, where it now sits.

Enterprise-level adoptions continue to drive the price of VeChain. A project by Danish company ReSea, which cleans rivers and oceans, has been certified by DNV’s Chain of Custody. The ToolChain platform by VeChain is used to trace the entire collection journey of the plastic from the extraction point, sorting the plastic, and the onwards journey until delivery at a local waste bank.

VET/USD is increasing inside the ascending channel, and the moving average (MA 50) is reinforcing its advancement. The technical indicators such as the relative strength index (RSI) are in the positive territory, while the trendline supports the upside trend zone, posting a bullish move within the channel.

A leg lower could meet the $0.100 – $0.090 support zone before taking the bears even lower towards the moving average (MA 50) around the $0.070 level. On the flip side, an increase within the ascending channel at $0.110 could flirt with the $0.120 (psychological level) ahead of the $0.130 resistance. Above these lines, the $0.150 barrier could come in the spotlight as well. Most likely, the VET/USD pair could continue to edge higher within the following trading session.

However, suppose the daily chart’s momentum eases in the negative zone and turns south again while the relative strength index enters fully into the overbought territory. In that case, that may provide strong headwinds and possibly limit the VET/USD further advance in subsequent sessions.

To summarize, VET/USD has been in an advancing mode since Feb. 28 and any downside breakout of the ascending trendline may shift the current view to that of consolidating. As for the near future, the token is likely to continue to edge higher following VeChain’s increasing partnerships while former supply zones flip into demand zones.

Altcoins Crypto News Market Analysis
Disclaimer
Read More Read Less
The information provided on this website shouldn’t be considered as investment, tax, legal, or trading advice. Morning Tick is not an investment advisory platform, nor do we intend to be. The publication, its’s management team, or authored-by-line doesn’t seem liable for your personal financial losses, which may be due to your panic decisions based on the content we published. We strongly recommend considering our stories as just a piece of information, unlike advice, recommendations, or requests. Some of the contents may get outdated, updated, or inaccurate despite our profound editorial policies. We urge readers to do their due diligence before making any investments decision with ongoing IDOs, ICOs, IEOs, or any other kind of financial offerings. Few outbound links may be commissioned or affiliated, which helps us grow financially and maintain healthy editorial norms. For more information, visit disclaimer page.
Share. Facebook Twitter Pinterest LinkedIn Email Reddit WhatsApp
Previous ArticleTron price analysis: TRX continues upward momentum amid technical correction
Next Article Enjin coin price analysis: ENJ bulls eye past $3.0 on upside optimism ahead of breakout