Uniswap, VeChain, Enjin Coin soar as Bitcoin decides to take a back seat 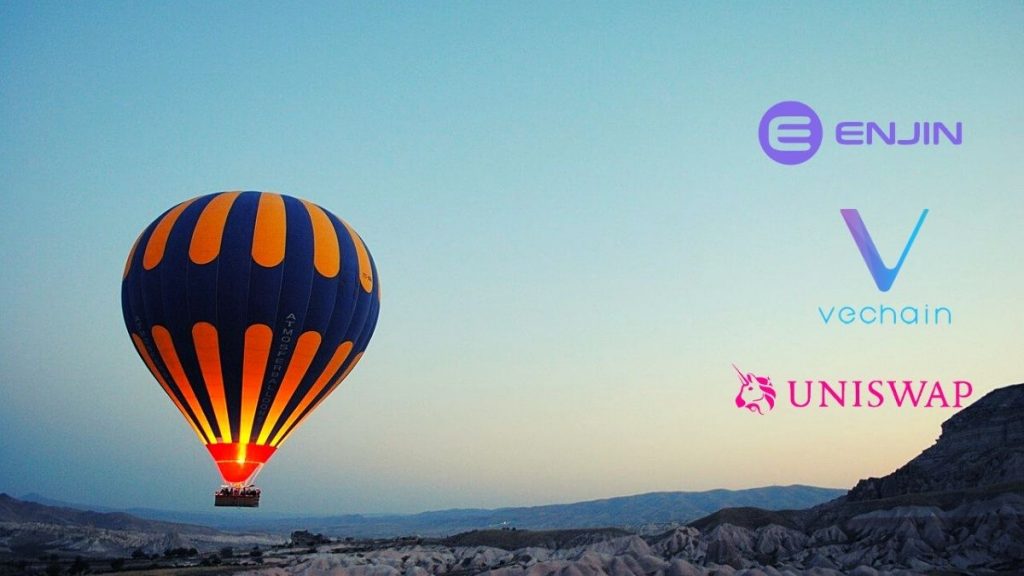 Bitcoin [BTC] and the top ten altcoins were seen taking the backseat while the other took over. BTC had once again slumped below $50K while its market cap dropped to $926.78 billion. During this time, coins like Uniswap [UNI], VeChain [VET] as well as Enjin Coin [ENJ] were seen recording significant rises over the last 24-hours.

During the time of writing, UNI was seen trading for $28.71 with a 24-hour price hike of 7.10%. The asset was ranked 13th on CoinMarketCap’s list, as its market cap stood at $8.55 billion. The asset had preceded prominent cryptocurrencies like Dogecoin [DOGE], Tron [TRX], and Monero [XMR].

The short-term price chart of the altcoin predicted a bright future for the asset. The altcoin had recently surged past a critical line of resistance at $27.27. The bulls in the market could have made this possible for the altcoin. It turns out, these bulls were still residing in the UNI market. The Parabolic SAR indicator formed a prominent line of support below the candlesticks, which diminished UNI’s chances of slumping below $27. The Chaikin Money Flow remained over zero and indicated a bullish momentum.

The Relative Strength Index further suggested that UNI was close to being overbought. All these signs insinuate the possibility of the altcoin hitting $30 anytime soon.

VET, with a daily surge of 15.46% was seen in high spirits. It results, the price of the Vechain hits $0.05322 at press time. This trend’s persistence could help the asset push past its recently achieved all-time high of $0.06044. Additionally, the market cap of VET was noted at $3.37 billion.

The bears were seen dwelling in the one-hour price chart of VET. Despite moving past its resistance at $0.051, the altcoin could succumb down to either $0.046 or $0.041, which poses a major line of support. The Awesome Oscillator indicator with red closing bars announced the presence of bears. The Money Flow Index indicator revealed that a sellers’ sentiment was in the VET market.

ENJ was undoubtedly the star of today’s market. The altcoin was surging by over 40% in the last 24-hours. Despite ranking low in terms of market cap, the altcoin’s price hit an all-time high of $1.41. At press time, ENJ was trading for $1.31.

The one-hour price chart of ENJ suggested that ENJ could make its way to $2. The Bollinger Bands had a huge disparity between them, which further insinuated the increase in volatility. This surge would be beneficial for the asset as the MACD indicator affirmed bulls’ appearance with a bullish crossover.

The Relative Strength Index issued that the asset was recovering from being overbought. This trend could help the altcoin achieve a new all-time high of $2.

Altcoins Crypto News Market Analysis
Disclaimer
Read More Read Less
The information provided on this website shouldn’t be considered as investment, tax, legal, or trading advice. Morning Tick is not an investment advisory platform, nor do we intend to be. The publication, its’s management team, or authored-by-line doesn’t seem liable for your personal financial losses, which may be due to your panic decisions based on the content we published. We strongly recommend considering our stories as just a piece of information, unlike advice, recommendations, or requests. Some of the contents may get outdated, updated, or inaccurate despite our profound editorial policies. We urge readers to do their due diligence before making any investments decision with ongoing IDOs, ICOs, IEOs, or any other kind of financial offerings. Few outbound links may be commissioned or affiliated, which helps us grow financially and maintain healthy editorial norms. For more information, visit disclaimer page.
Share. Facebook Twitter Pinterest LinkedIn Email Reddit WhatsApp
Previous ArticleCardano Price Analysis: Bears could pose major hurdle for ADA to reach $2
Next Article Bitcoin amasses endorsements to hit $1M despite its recent slump