TrueFi hits $1B in loans originated, marking 1 year of collateral-free loans with no defaults

By Staff ReporterPublished 7 months ago on November 30, 2021 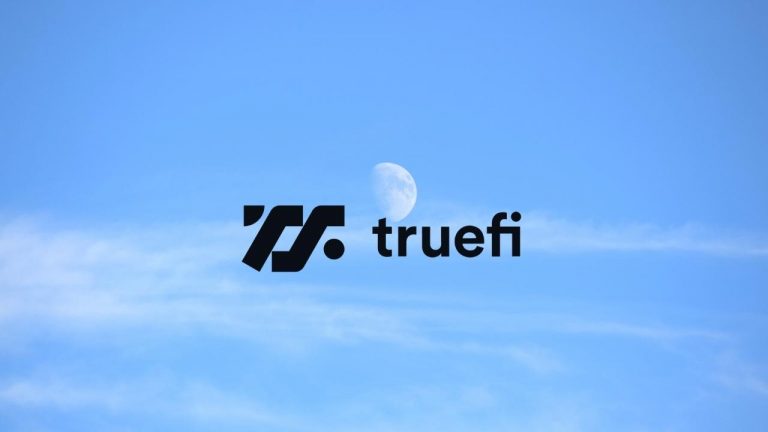 TrustToken, the team behind TrueFi, a leading DeFi protocol for uncollateralized lending, celebrates its one-year anniversary by announcing it has reached $1 billion in loans originated with zero defaults. Other milestones include securing $12.5M in strategic funding and acquiring the leading Web3 development firm Ethworks. To top it off, TrustToken boosted its C-suite earlier this month by adding notable Silicon Valley and Wall Street veterans.

Joining the executive team are Tom Shields and Russell Korte to form a newly-structured senior leadership that will steer the company TrueFi’s reach into the traditional financial sector, direct the development of new DeFi products, manage the integration of the recent and future acquisitions, and guide TrueFi’s progressive decentralization.

Tom Shields, a seasoned technical founder and investor, takes the role of Chief Strategy Officer (CSO). Previously, he served as the chairman of the Board of TrustToken and as an advisor. His new role will now take on a more central, day-to-day role in the company’s operations.

Shields is credited for his role in taking NetGravity public in 1998 as CTO. He also brings decades of experience in management and strategy across enterprise and consumer-based startups, including one of the world’s largest multi-sided marketplaces. Moreover, he has founded, invested in, sat on the boards of, and advised founders at dozens of mission-driven companies. Importantly, Tom has a deep background in the technology sector.

Russell Korte, who was previously the CFO at Allegro Credit, a consumer lending company, now takes the role of Chief Financial Officer (CFO) at TrustToken. In his prior role, he is credited with leading the sale of Allegro to Synchrony Financial, a $100 billion consumer lending institution early this year.

Specifically, Korte brings robust experience in TradFi and specialty finance, which will be crucial for advancing TrustToken’s push for institutional DeFi adoption and, ultimately, bringing about the company’s vision of collaboration between DeFi and TradFi as the finance of the future.

By adding veteran Wall Street and Silicon Valley honchos, TrustToken seeks to grow its focus on servicing institutional finance with its suite of DeFi solutions. The staff additions infuse a blend of time-tested understanding of the banking world with top-notch technological expertise, which is required to integrate TrustToken’s synthetic assets and DeFi protocol into the traditional finance ecosystem.

Before the entry of Shields and Korte, TrustToken had acquired Ethworks, a Web3 development company in September where it onboarded its former engineers onto its senior team.

Also, Natalia Kirejczyk, an EthWorks veteran behind the redesigning bitcoin.org, will take up the reins as the VP of Design. She is tasked with managing TrustToken platform’s user experience and visual outlay.

Not left behind is Krzysztof Jelski, the new VP of Engineering with over 15 years worth of experience in software development. In that capacity, she will serve as serving as a senior manager and technical lead, where she will lead the company’s day-to-day technical management operations.

Speaking about the new staff addition to the C-suite, Rafael Cosman, CEO, and Co-founder of TrustToken said:

This is the leadership team that will take TrueFi from $1Bn to $1Tn which requires going way beyond the crypto lenders and borrowers that TrueFi primarily works with today.

TrueFi is a leading unsecured lending protocol. It is powered by the first-ever on-chain credit scores and governed by holders of the TRU token.

Crypto News DeFi
Disclaimer
Read More Read Less
The information provided on this website shouldn’t be considered as investment, tax, legal, or trading advice. Morning Tick is not an investment advisory platform, nor do we intend to be. The publication, its’s management team, or authored-by-line doesn’t seem liable for your personal financial losses, which may be due to your panic decisions based on the content we published. We strongly recommend considering our stories as just a piece of information, unlike advice, recommendations, or requests. Some of the contents may get outdated, updated, or inaccurate despite our profound editorial policies. We urge readers to do their due diligence before making any investments decision with ongoing IDOs, ICOs, IEOs, or any other kind of financial offerings. Few outbound links may be commissioned or affiliated, which helps us grow financially and maintain healthy editorial norms. For more information, visit disclaimer page.
Share. Facebook Twitter Pinterest LinkedIn Email Reddit WhatsApp
Previous ArticleAs DeFi adoption grows, Astra Protocol will rescue the sector from mishaps
Next Article Superalgos launches open-source crypto trading automation platform, lists native token on PancakeSwap