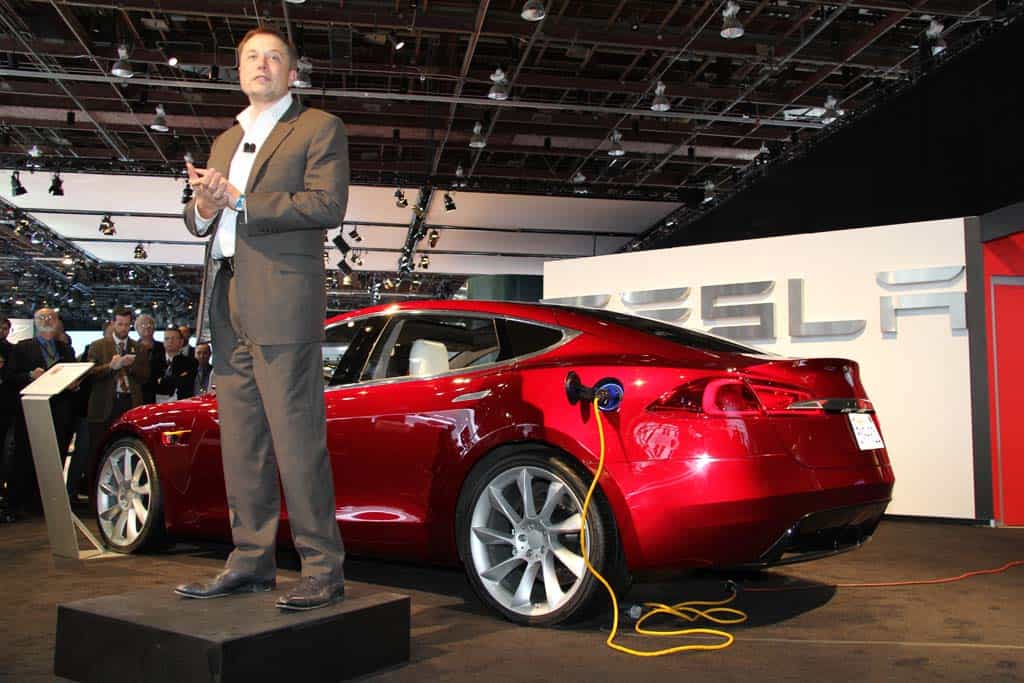 Electric car company Tesla is showing no signs of slowing down. Despite the global pandemic Coronavirus which forced people to stay indoors, the firm’s share prices have been escalating. In addition, its share prices broke all records on Monday.

During the price escalation this morning, Tesla’s market value shot up to $321b, per FactSet, making it the tenth-largest stock by market value in the US.

The rise in stock prices means that the company’s shares have climbed by almost 650% in a year as the price was £233 at that time. Furthermore, Tesla’s stock has quadrupled in value since March this year. If Tesla’s stock keeps rising, it would mean the company having consecutive profits for the fourth quarter – a key factor should it be added to the S&P 500 index.

Tesla proving to be an exception to the Corona-induced slump

Earlier this month, the firm even revealed that it beat Wall Street’s expectations with respect to delivery numbers overtaking Toyota to become the world’s most valuable car firm. These results were despite US auto sales seeing a decline of about 34% during the quarter due to the Corona crisis.

As a result of the surging stock prices, chief executive Elon Musk became the seventh-richest person in the world, surpassing investor Warren Buffett by almost bn. Musk now boasts of a net worth circa $70.5 bn. The Musk-led firm will report its second-quarter results on 22 July.

Looking at Tesla’s strong performance amid the pandemic and soaring stock prices, it won’t be surprised if it joins the index as well as expands to other countries.

Automotive Tesla
Disclaimer
Read More Read Less
The information provided on this website shouldn’t be considered as investment, tax, legal, or trading advice. Morning Tick is not an investment advisory platform, nor do we intend to be. The publication, its’s management team, or authored-by-line doesn’t seem liable for your personal financial losses, which may be due to your panic decisions based on the content we published. We strongly recommend considering our stories as just a piece of information, unlike advice, recommendations, or requests. Some of the contents may get outdated, updated, or inaccurate despite our profound editorial policies. We urge readers to do their due diligence before making any investments decision with ongoing IDOs, ICOs, IEOs, or any other kind of financial offerings. Few outbound links may be commissioned or affiliated, which helps us grow financially and maintain healthy editorial norms. For more information, visit disclaimer page.
Share. Facebook Twitter Pinterest LinkedIn Email Reddit WhatsApp
Previous ArticleAmazon Tells Employees to Delete TikTok, then Takes it back
Next Article Identity platform Auth0 raises $120m in a Series F round taking its valuation to $1.92bn