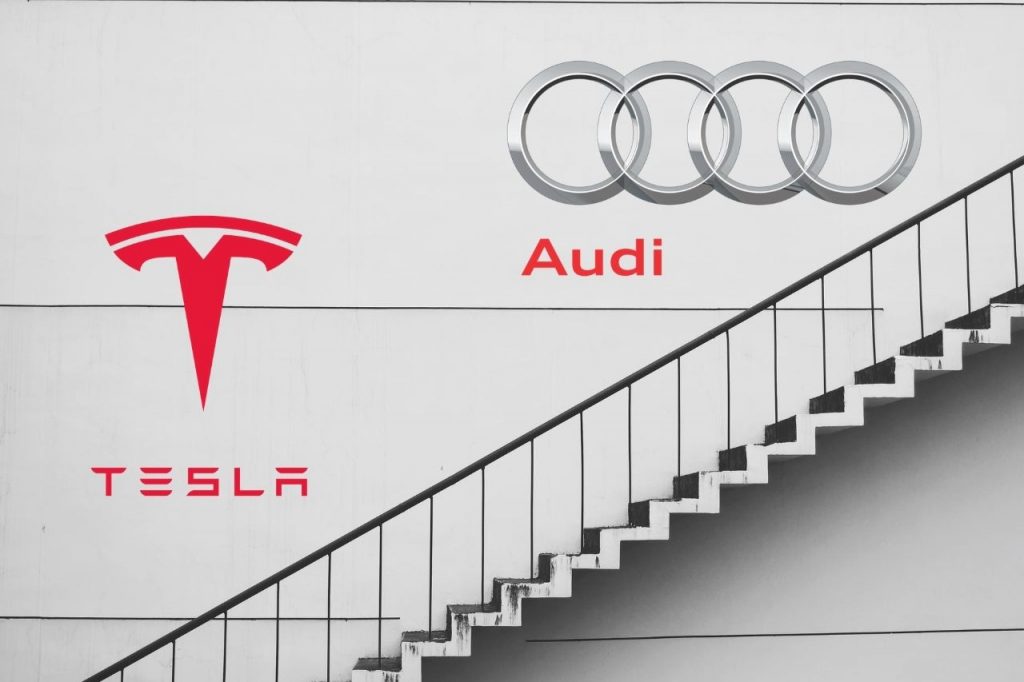 Audi launched its first all-electric SUV, the E-Tron 55 Quattro, in South Korea on July 1, and it saw huge success in its first month. In a race dominated by American carmaker Tesla, the E-Tron took a striking lead with 394 units sold in a month. On the other hand, Tesla managed to sell only 49 units.

This disparity in sales was observed due to lack of production on Tesla’s behalf, owing to the coronavirus pandemic. Tesla sales fell by 98.3% compared to its June numbers when it sold 2,827 units.

It would be fair to assume that Tesla would reverse this in August and September since South Korea is riding a Tesla wave currently. Also, Tesla will ensure sufficient shipment from the USA in the coming months.

Audi launched its premium all-electric SUV in Europe, USA, and China in 2019. It costs 117 million Won (approximately $98,500), similar to the Mercedes Benz’ EQC and Tesla’s Model X. It will not, however, receive subsidies from the government, like Tesla’s Model 3 did.

It is powered by two electric motors – front and rear – and produces 300 kW of power. It can go approximately 300 kilometers in one full charge with its 95 kWh battery.

Audi has installed 41 high-speed charging stations in the country already and plans to add 35 more by the end of this year. The E-Tron takes less than 50 minutes for a full charge.

Senior Audi executive Jeff Mannering spoke about the launch of the E-Tron. He said, “The current global situation reinforces the importance of sustainability economically, socially, and environmentally. And emission-free systems have their part to play.”

Audi Automotive South Korea Tesla
Disclaimer
Read More Read Less
The information provided on this website shouldn’t be considered as investment, tax, legal, or trading advice. Morning Tick is not an investment advisory platform, nor do we intend to be. The publication, its’s management team, or authored-by-line doesn’t seem liable for your personal financial losses, which may be due to your panic decisions based on the content we published. We strongly recommend considering our stories as just a piece of information, unlike advice, recommendations, or requests. Some of the contents may get outdated, updated, or inaccurate despite our profound editorial policies. We urge readers to do their due diligence before making any investments decision with ongoing IDOs, ICOs, IEOs, or any other kind of financial offerings. Few outbound links may be commissioned or affiliated, which helps us grow financially and maintain healthy editorial norms. For more information, visit disclaimer page.
Share. Facebook Twitter Pinterest LinkedIn Email Reddit WhatsApp
Previous ArticleSingapore fintech startup Fincy adds cryptocurrency services
Next Article Top 10 Best Stripe Alternatives you should try in 2020