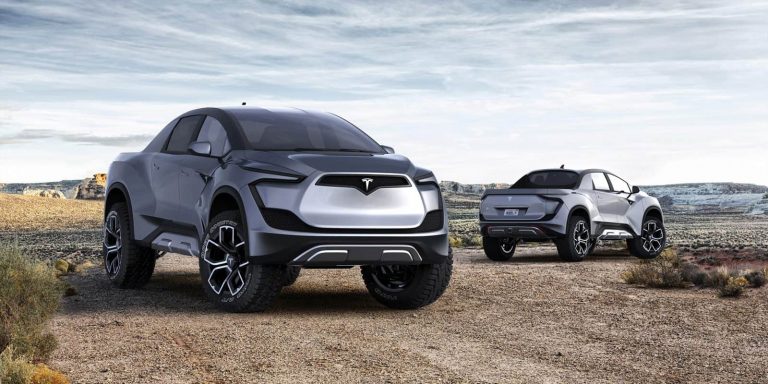 The Tesla Pickup Truck (PT) is expected to be launched in November. There was speculation that the PT will be launched by Tesla in September/October. Elon Musk the Chief Executive Officer (CEO) of Tesla tweeted in July that design is almost completed but “the magic is in real details””.

In a reply to a tweet by Vincent who asked Elon Musk about the unveiling dates, Musk confirmed, “November most likely”.

Tesla Pickup Truck will have a futuristic approach in design. It is going to have “cyberpunk blade runner” look to it.  A teaser image was launched by Tesla but nothing much was revealed by it. This in response leads to many creative concepts regarding the design.

Tesla is currently working on the release of the Tesla Model Y, Tesla Semi and Next-gen Roadster. Tesla Pickup Truck will be released when the work on these products is finished.

The announcement of postponing the Tesla Pickup Truck is a setback. As promised earlier Tesla is not able to follow its timeline of a release.

With the released dates being pushed back many competitor companies have got an edge over Tesla. There are many companies working on the electric truck like Workhorse, Bollinger and Rivian.

Rivian, a startup company unveiled the model of an electric truck in Los Angeles Auto show, last year and it was a huge hit. It is believed that Rivian has tested its first R1T truck at Tierra del Fugo and will be releasing it soon in the market. Rivian has drawn a large amount of investment from Amazon and Ford.

Tesla is a key player in the market of electric vehicles. Though it is facing a lot of competition yet it’s sale is always increasing. The review of the PT truck will be out in November and then we will get to know more about it. There is a lot of excitement about the electric trucks in the market and Tesla has to come out with an excellent product to woo its customers.

What do you think about the Tesla Pickup Truck? Share your thoughts in the comments below! Stay tuned for more updates on Automobile news!

Automotive Tesla
Disclaimer
Read More Read Less
The information provided on this website shouldn’t be considered as investment, tax, legal, or trading advice. Morning Tick is not an investment advisory platform, nor do we intend to be. The publication, its’s management team, or authored-by-line doesn’t seem liable for your personal financial losses, which may be due to your panic decisions based on the content we published. We strongly recommend considering our stories as just a piece of information, unlike advice, recommendations, or requests. Some of the contents may get outdated, updated, or inaccurate despite our profound editorial policies. We urge readers to do their due diligence before making any investments decision with ongoing IDOs, ICOs, IEOs, or any other kind of financial offerings. Few outbound links may be commissioned or affiliated, which helps us grow financially and maintain healthy editorial norms. For more information, visit disclaimer page.
Share. Facebook Twitter Pinterest LinkedIn Email Reddit WhatsApp
Previous ArticleAdidas Wireless Headphones launched for athletes, pricing starts at $149
Next Article Top 10 Best Audible Alternatives – Coveted Audiobook Apps (Free/Paid)