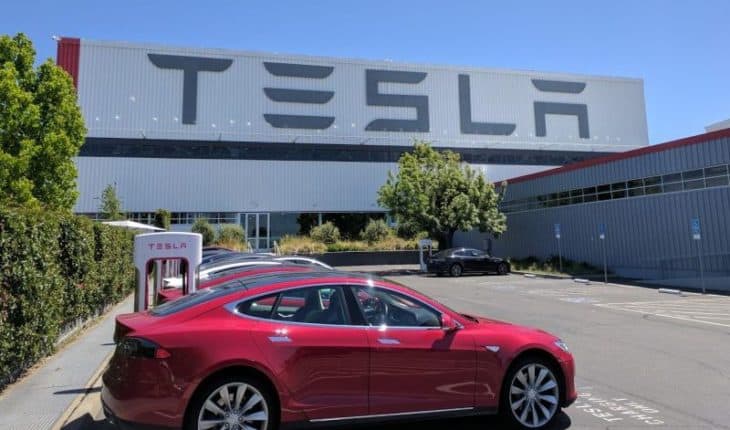 Tesla executives told Chinese media sources that the company would start production of made-in-China units of Model Y in early 2021. These units will be manufactured in the Shanghai Gigafactory.

Tesla China’s website lists the Model Y Long-life version for 488,000 Yuan and the High-performance version at 535,000 Yuan. However, there has been no official announcement from the company about the pricing. According to local sources, reservations for the Model Y have begun already.

Local reports further suggested that there has been a rise in deliveries of vehicle production equipment at the Giga Shanghai site, adding that Tesla has huge machinery specifically designed to boost production of the Model Y. The Casting Machine, described as ‘gargantuan’, was unveiled in July 2020 and was included in the company’s Q2 2020 report. The company has been seeing a full year of profits and has been riding that wave as it continues to build two new factories – one in the USA and one in Germany.

Tesla Model Y is an all-electric, mid-size SUV designed for maximum versatility and safety. It is spacious enough to carry seven adults while offering very long-range and superior performance. According to official website, “The high-efficiency powertrain and ultra-responsive motors will provide 0-60 mph acceleration in as little as 3.5 seconds and a top speed of up to 150 mph, with excellent handling for any road condition.”

A report about H1 2020 anointed that the Model Y had sold 7,500 units across the world, making it among successful Tesla Motors product.

Founder Elon Musk recently spoke at the World AI Conference, confirmed the smooth progress of the Shanghai Gigafactory, and mentioned plans for creating an R & D team there.

Automotive Elon Musk Tesla
Disclaimer
Read More Read Less
The information provided on this website shouldn’t be considered as investment, tax, legal, or trading advice. Morning Tick is not an investment advisory platform, nor do we intend to be. The publication, its’s management team, or authored-by-line doesn’t seem liable for your personal financial losses, which may be due to your panic decisions based on the content we published. We strongly recommend considering our stories as just a piece of information, unlike advice, recommendations, or requests. Some of the contents may get outdated, updated, or inaccurate despite our profound editorial policies. We urge readers to do their due diligence before making any investments decision with ongoing IDOs, ICOs, IEOs, or any other kind of financial offerings. Few outbound links may be commissioned or affiliated, which helps us grow financially and maintain healthy editorial norms. For more information, visit disclaimer page.
Share. Facebook Twitter Pinterest LinkedIn Email Reddit WhatsApp
Previous ArticleIndian Space tech startup Pixxel initiates funding round to launch Earth Imaging Satellite
Next Article Quantum Technology based Banking Security enters in South Korean Market