By Staff ReporterUpdated:12 months ago on February 9, 2021 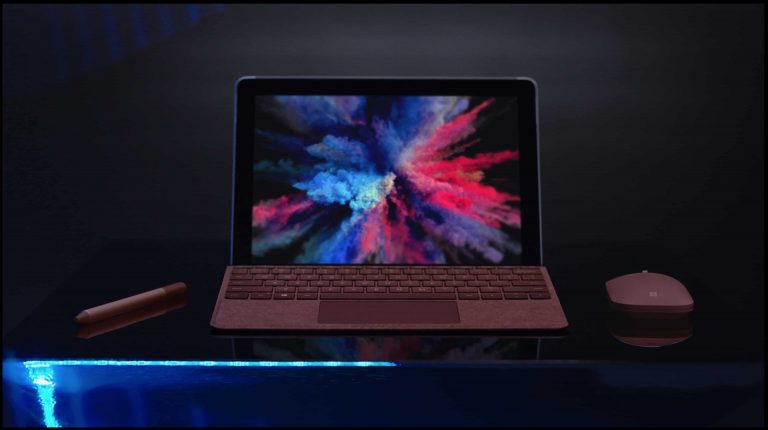 Microsoft already confirmed the Surface Event to take place on October 2 in New York City with a media invite. We also reported on the Microsoft products expected to be released on the same day. Meanwhile, it is rumored that Microsoft will launch some foldable tablets and refresh its Microsoft Surface Pro and Laptop lineup.

The rumored reveals some configuration of the Surface Pro 7 and Laptop 3 leaked ahead of launch. It includes the device’s processor, design and connectivity ports. These specs were shared by Windowsarea and still, we don’t have any confirmation no these.

As per the leak, the upcoming Surface Pro 7 will be powered by Snapdragon 8cx processor and will have built-in LTE modems. The Intel models will be powered by the latest 10th generation CPUs. There will be USB-C interface instead of display port but they will not support Thunderbolt 3 due to the presence of the Surface Connect.

Also, the traditional Surface Connect will use the PCIe channel. There may also be new cover design with different color variants, especially for the LTE model.

Surface Laptop 3 will come in different variant and a business variant of this laptop which be a full-aluminum unibody model without Alcantara. This variant might come with swappable SDDs. There won’t be an AMD variant as rumored. Where else, the commercial version is expected to feature removable SDD.

To remind, Microsoft will be holding a Surface event on October 2 in NYC. Before the launch, we expect more details regarding the upcoming Microsoft products in the coming days.

Consumer Tech Microsoft
Disclaimer
Read More Read Less
The information provided on this website shouldn't be considered as investment, tax, legal, or trading advice. Morning Tick is not an investment advisory platform, nor do we intend to be. The publication or authored-by-line doesn't seem liable for your personal financial losses, which may be due to your panic decisions based on the content we published. We strongly recommend considering our stories as just a piece of information, unlike advice, recommendations, or requests. Despite our profound editorial policies, some of the contents may get outdated, updated, or inaccurate. We urge readers to do their due diligence before making any investments decision with ongoing IDOs, ICOs, IEOs, or any other kind of financial offerings. Few outbound links may be commissioned or affiliated, which helps us grow financially and maintain healthy editorial norms.
Share. Facebook Twitter Pinterest LinkedIn Email Reddit WhatsApp
Previous ArticleMicrosoft brings exFAT file system in Linux kernel
Next Article WordPress websites attacked by 3rd party plugins, secure your WP site now!