Sony unveils World’s fastest A6600 and A6100 mirrorless cameras 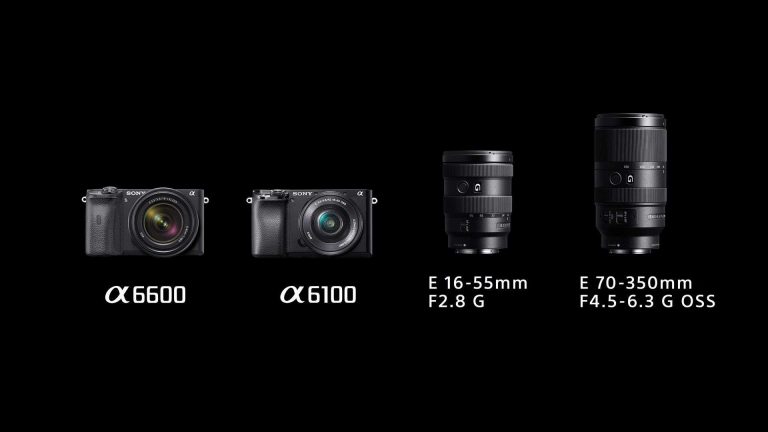 To catch up with the Canon M6 Mark II launch, Sony has revealed two new mirrorless cameras with APS-C sensors named A6600 and A6100. These two flagship camera comes with new features and better than its successor – 2016’s A6500.

Talking about the A6600, it features 24.2-megapixel APS-C Exmor CMOS image sensor, 5-axis in-body image stabilization, improved autofocus and more. With the super-fast AF, it can find and track the subject in less than 0.02 seconds.

Like the A6400, the new A6600 has Real-time AF and Eye AF tracking too. The camera can shoot 4K/30p videos and it can shoot at up to 11fps on burst shooting mode with autofocus and auto-exposure.

In addition, the Sony A6600 camera has a 180-degree tiltable touch screen and a 3.5mm headphone jack. It is claimed that the new A6600 camera has the better Z battery pack that can last twice as long as its successor A6500.

Like the A6600, the new Sony A6100 comes with 24MP APS-C Sensor, 425-point hybrid autofocus and BIONZ X image sensor. The A6100 offers fast AF and Real-time Eye AF tracking. It has a 3-inch flip-up touchscreen LCD display and sadly no headphone jack.

Camera Consumer Tech Sony
Disclaimer
Read More Read Less
The information provided on this website shouldn’t be considered as investment, tax, legal, or trading advice. Morning Tick is not an investment advisory platform, nor do we intend to be. The publication, its’s management team, or authored-by-line doesn’t seem liable for your personal financial losses, which may be due to your panic decisions based on the content we published. We strongly recommend considering our stories as just a piece of information, unlike advice, recommendations, or requests. Some of the contents may get outdated, updated, or inaccurate despite our profound editorial policies. We urge readers to do their due diligence before making any investments decision with ongoing IDOs, ICOs, IEOs, or any other kind of financial offerings. Few outbound links may be commissioned or affiliated, which helps us grow financially and maintain healthy editorial norms. For more information, visit disclaimer page.
Share. Facebook Twitter Pinterest LinkedIn Email Reddit WhatsApp
Previous ArticleWhat to expect from Microsoft Surface event on 2nd October 2019?
Next Article Microsoft brings exFAT file system in Linux kernel