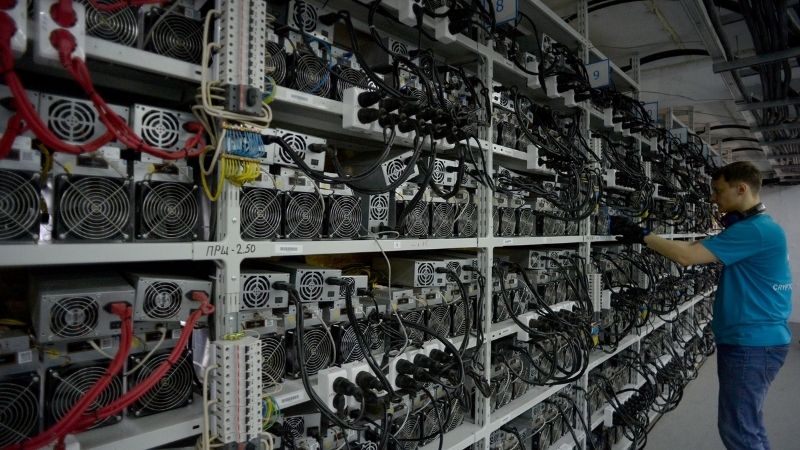 Year 2021 continues to be a great year for cryptocurrency as institutions, and influential individuals publicly disclosed their support for top cryptocurrencies. This has invariably lead to the recent bullish run of several digital assets.

However, the recent rise in the value of Bitcoin has also triggered a renewed interest in mining.

Recently, Russia, and some neighboring countries, have become a hotbed for individuals looking to mine and procure equipment used for mining. In contrast, Chinese bitcoin miners who have previously dominated the global processing power that runs the bitcoin network are now receiving competition from US miners.

BitRiver, the largest crypto-mining colocation services provider in Russia, recently disclosed that a client procured over 20,000 crypto mining devices with the sole aim of mining crypto amid the bullish surge in the digital assets market.

Igor Runets, BitRiver’s founder and CEO, pointed out that the company currently has applications for the procurement of mining equipment for 1 Gigawatt for the next 18 months, adding that its existing capacities have already filled.

He further noted that the company would significantly increase its production capacity by constructing two new data centers in Krasnoyarsk( 80 Megawatts) and Buryatia (300 Megawatts) to meet as much as possible with the high demand for crypto-mining tools.

Similarly, Sergey Arestov, co-founder of BitCluster, an infrastructure mining project in Bratsk, noted that the amount of applications received for hosting on its platform has increased by tenfold in 2021 it was in 2020.

Igor Runets also disclosed that the recent rise in mining equipment placement applications mainly comes from investors in the United States and Europe.

According to him, most investors move their equipment from China, Africa, and Latin America, where electricity is more expensive, to Russia and several neighboring countries with better electricity.

TerraCrypto largest digital mining industry forum in the Commonwealth of Independent States (CIS), noted that more crypto miners who were previously based in China or the United States want to deploy their equipment in the CIS countries.

“Large miners want to distribute capacity across different continents, and from an investment point of view, this is correct, because in China, for example in the Sichuan province, it often rains and rains, which leads to equipment downtime.”

It is important to note that in Bitcoin production, the cost of electricity for mining is one of the main factors of payback. Bitcoin mining is performed by high-powered computers that solve complex computational math problems. Bitcoin is usually produced after these supercomputers solve the complicated math problems on the bitcoin blockchain network.

Runets further disclosed that he expects the demand for mining equipment to increase, particularly starting in the fall of 2021 due to the bitcoin rate’s growth and the fact that mining devices are cheap and profitable.

BitCluster also noted the company plans to launch more data centers in other regions of the Russian Federation.