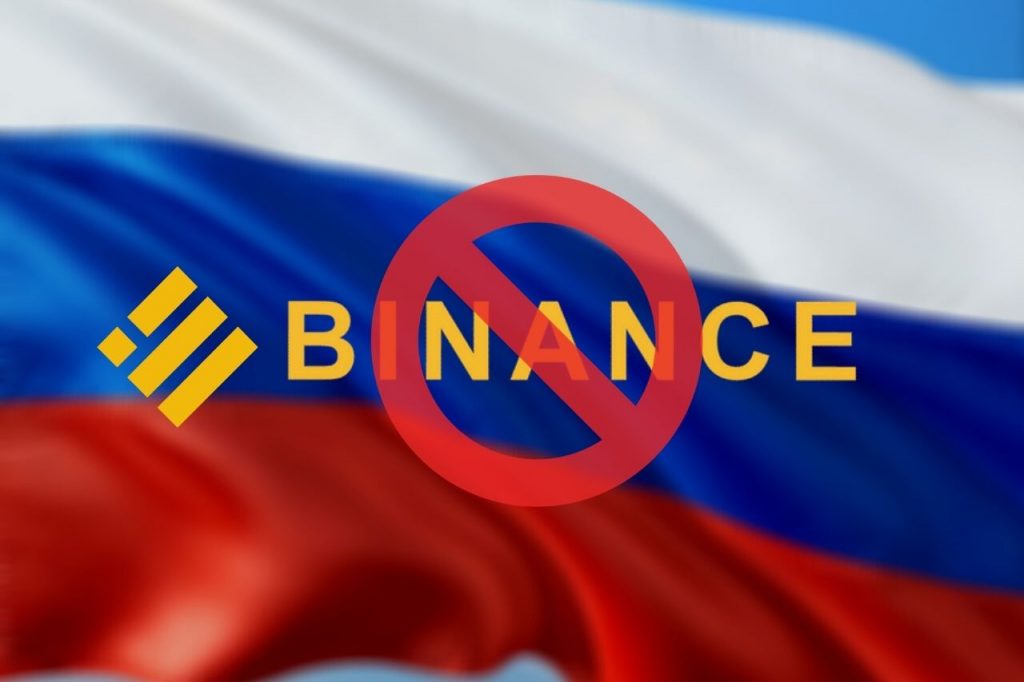 Binance, the biggest crypto exchange in the world, is facing an onslaught from the Russian government in its crackdown on cryptocurrency. Only days after the Russian Ministry of Finance imposed new regulations on crypto trading, the Russian Roskomnadzor added Binance to the list of prohibited websites.

The Roskomnadzor is Russia’s watchdog for communications, mass media, and technology. It claimed that Binance contains “forbidden” knowledge about digital payments and information about purchasing Bitcoin.

Binance confirmed that it had received a notification from Russian authorities about the prohibition. Furthermore, the company emphasised that everyone’s funds on the website’s servers were safe, and assured that it would continue to offer its services. Local news sources stated that Binance wasn’t given a preceding indication about the decision.

Russia is pursuing a hunt on cryptocurrency. The government has once previously banned a crypto trading company called BestChange, an aggregator of over-the-counter cryptocurrency.

Putting Binance on a blacklist is Russia’s latest move in its crackdown on cryptocurrency.

Binance Crypto Exchanges Crypto News Featured Russia Trading
Disclaimer
Read More Read Less
The information provided on this website shouldn’t be considered as investment, tax, legal, or trading advice. Morning Tick is not an investment advisory platform, nor do we intend to be. The publication, its’s management team, or authored-by-line doesn’t seem liable for your personal financial losses, which may be due to your panic decisions based on the content we published. We strongly recommend considering our stories as just a piece of information, unlike advice, recommendations, or requests. Some of the contents may get outdated, updated, or inaccurate despite our profound editorial policies. We urge readers to do their due diligence before making any investments decision with ongoing IDOs, ICOs, IEOs, or any other kind of financial offerings. Few outbound links may be commissioned or affiliated, which helps us grow financially and maintain healthy editorial norms. For more information, visit disclaimer page.
Share. Facebook Twitter Pinterest LinkedIn Email Reddit WhatsApp
Previous ArticleIndia: Reserve Bank issues advisory on the cybersecurity of Urban Co-op Banks
Next Article Visa and Mastercard to stop credit services in Palestine after alleged terror links