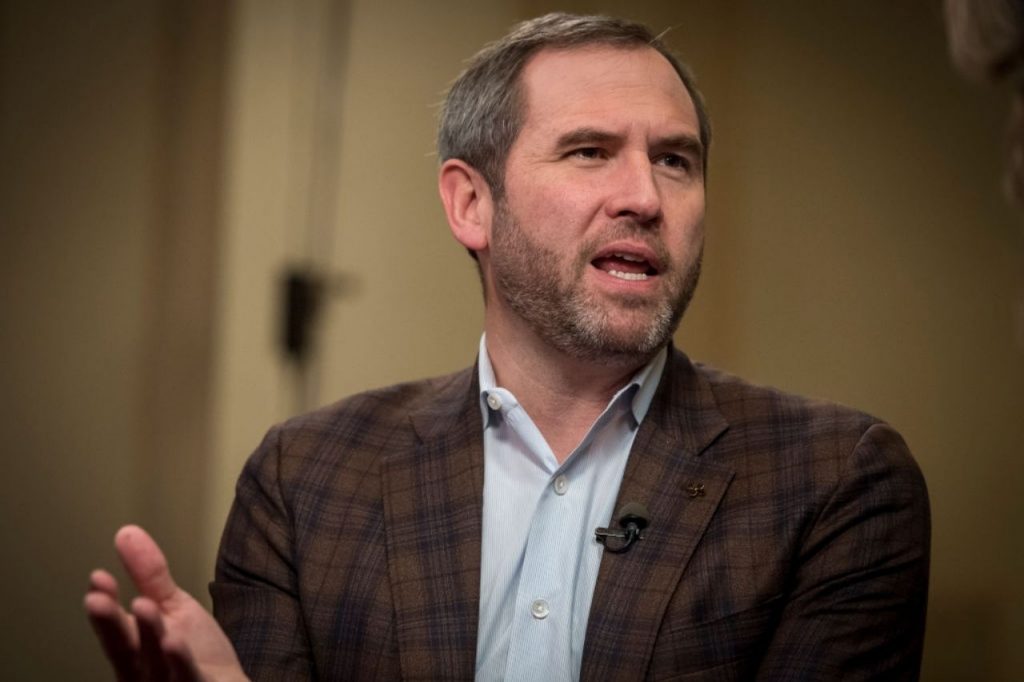 Brad Garlinghouse, CEO of Ripple, a company behind XRP, voiced his disappointment with India’s plan to ban cryptocurrency trading. In a tweet, he referred to the decision as “hamstringing a nascent industry”. Moreover, Garlinghouse labelled the Indian population as “unbanked/underbanked”.

Garlinghouse said, “Disappointing to see India flip flop on crypto, hamstringing a nascent industry which could serve one of the biggest populations of unbanked/underbanked citizens.”

Disappointing to see India flip flop on crypto, hamstringing a nascent industry which could serve one of the biggest populations of unbanked/underbanked citizens. https://t.co/ffMUIQOnA7

Garlinghouse is speaking about the Indian government’s decision to ban cryptocurrency trading. This response is not surprising, because Ripple stands to lose a significantly large consumer group due to the ban. Along with Ripple, several other crypto trading businesses and upcoming “coins” – domestic and international – would have to mark India absent from their rosters.

New Delhi’s legislation puts Blockchain, the underlying tech for crypto trading, in the limelight. The Union government hopes to include blockchain in several economic and social sectors but wishes to subdue cryptocurrency.

While the specific reasons for the alleged ban are not clear yet, we know that a bill is in the offing and that it will be discussed by the Union Cabinet of Ministers before moving to Parliament.

Also, we expect comments on the development from Nirmala Sitharaman, who heads India’s Finance Ministry, as well as Ravi Shankar Prasad, India’s Minister for Electronics and IT.

How would a crypto trade ban work?

Cryptocurrency trading is virtually undetectable. It is decentralized and hence holds no fixed server or log to record all transactions.

Indian financial watchdog SEBI also has no jurisdiction over crypto trading. In 2018, SEBI was reportedly in talks to regulate Initial Coin Offerings (ICOs). However, that decision did not see the light of day.

Also, India has no firm stance on the creation of a Central Bank Digital Currency. At the beginning of the year, the governor of India’s Reserve Bank, Shaktikanta Das, stated that it was too early to talk about CBDCs in the country.

Since we have not seen excerpts of the legislation, and no political authority has commented on it yet, we cannot predict how the government plans to shape the ban.

While Brad Garlinghouse was the first one to vent his feelings out about the ban, he’s undoubtedly not the only one who feels disappointed.

Brad Garlinghouse Crypto News Featured Regulation Ripple and XRP Trading
Disclaimer
Read More Read Less
The information provided on this website shouldn’t be considered as investment, tax, legal, or trading advice. Morning Tick is not an investment advisory platform, nor do we intend to be. The publication, its’s management team, or authored-by-line doesn’t seem liable for your personal financial losses, which may be due to your panic decisions based on the content we published. We strongly recommend considering our stories as just a piece of information, unlike advice, recommendations, or requests. Some of the contents may get outdated, updated, or inaccurate despite our profound editorial policies. We urge readers to do their due diligence before making any investments decision with ongoing IDOs, ICOs, IEOs, or any other kind of financial offerings. Few outbound links may be commissioned or affiliated, which helps us grow financially and maintain healthy editorial norms. For more information, visit disclaimer page.
Share. Facebook Twitter Pinterest LinkedIn Email Reddit WhatsApp
Previous ArticleTencent Analysts: Nascent malware MrbMiner is infecting Microsoft SQL servers
Next Article The Bahamas to launch its national Cryptocurrency, the Sand Dollar, in October