Qualcomm CTO has faith in 5G and Artificial intelligence combo 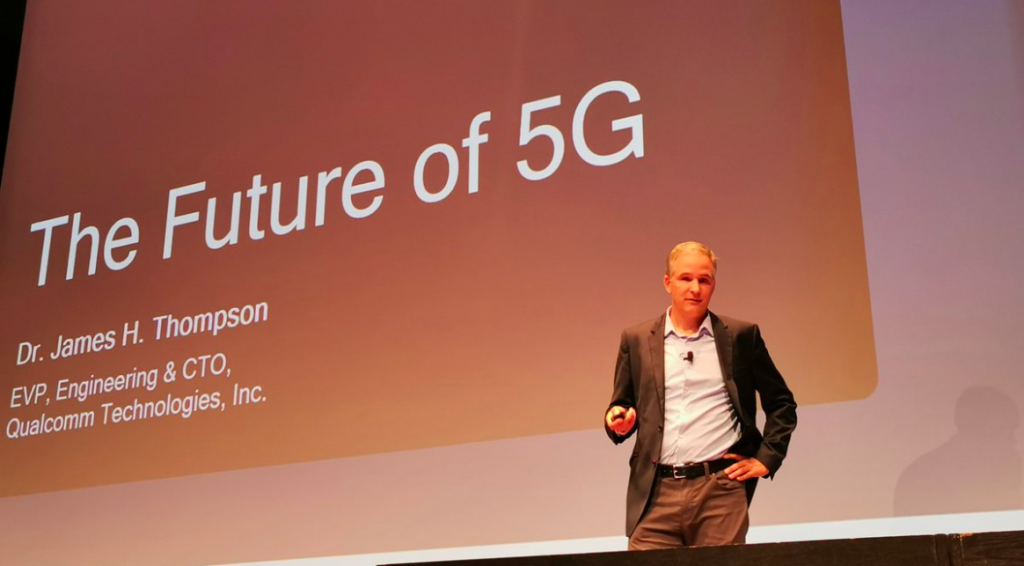 Dr. James H. Thompson, Qualcomm’s Chief Technology Officer revealed that the company has worked on the development of artificial intelligence in the last decade but its focus is not only on cloud AI but also on low power consumption. He said that deep neural networks and deep learning run on small battery-powered terminals.

Thompson elaborated that 5G technology promises not only high speed but also low latency along with other characteristics. Overall, it adds a lot of possibilities for the application of artificial intelligence in the technology. Thompson believes that 5G and AI are crucial combinations.

He said that although today’s mobile communication technology can connect terminals and clouds, network delays inevitably affect the user experience and this is one of the core reasons that many users do not want to use cloud services. He believed that if the delay problem is solved, it is likely to bring good application results.

Further, Qualcomm CTO explained that his belief with an example of an intelligent traffic scenario where a large number of cameras at road intersections observe traffic conditions from multiple angles. Eventually, the camera and radar-equipped with the car itself can also obtain road information.

In addition, he mentioned that these data can be integrated through 5G networks and can be used to predict the situation of pedestrians on the road to avoid accidents. Thompson revealed a shocking stat that on a yearly basis, about 1.2 million people die from road traffic accidents.

He further said that the “5G+AI” dose will be widely used in smart manufacturing, smart home, smart security, and other fields. According to a recently conducted research, by 2025, the commercial value of artificial intelligence will touch 510 million US $ dollars and by 2035, 5G will generate 12.3 trillion US $ dollars of economic output globally.

5G Consumer Tech
Disclaimer
Read More Read Less
The information provided on this website shouldn't be considered as investment, tax, legal, or trading advice. Morning Tick is not an investment advisory platform, nor do we intend to be. The publication or authored-by-line doesn't seem liable for your personal financial losses, which may be due to your panic decisions based on the content we published. We strongly recommend considering our stories as just a piece of information, unlike advice, recommendations, or requests. Despite our profound editorial policies, some of the contents may get outdated, updated, or inaccurate. We urge readers to do their due diligence before making any investments decision with ongoing IDOs, ICOs, IEOs, or any other kind of financial offerings. Few outbound links may be commissioned or affiliated, which helps us grow financially and maintain healthy editorial norms.
Share. Facebook Twitter Pinterest LinkedIn Email Reddit WhatsApp
Previous ArticleARM Cortex A77 SoC Geekbench result, scores 12151 in Multi-core test
Next Article No more URLs in Google Search Results! Google is testing a new search design with favicons

France tightens schedule of 5G auctions and deployment in Q4 2020