By Staff ReporterUpdated:7 months ago on December 13, 2021 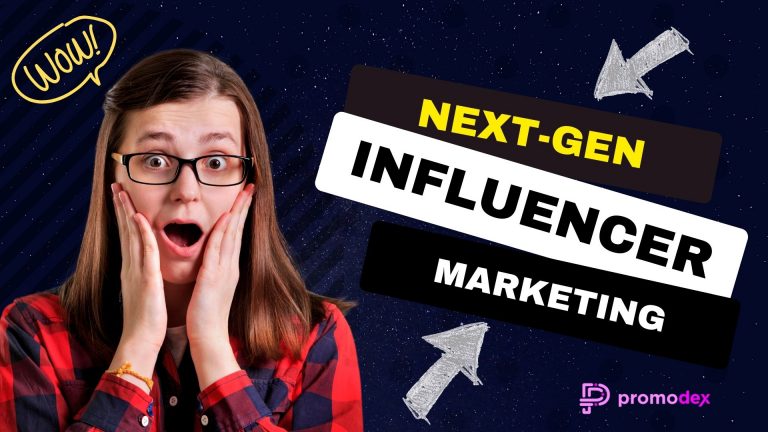 Promodex is a blockchain-based, the first “Programmatic Promotion Marketplace’’ platform that seamlessly connects campaigners with influencers, bounty hunting followers, and digital publishers. After meticulous planning and market analysis, Promodex has started the funding stages for its revolutionary programmatic influencer marketing.

Today everybody is on social media and some profiles called influencers are leading the mass. According to statistics, influencer marketing volume was $9.7 billion in 2020 and is expected to be $13.8 billion by the end of 2021. Almost 50% of huge increase since it emerged among the most effective marketing techniques. But it is very manual in process, mega-influencer centric and non-analytical.

According to statistics, the more followers on social media, the less engagement gets. It means 20 medium influencers with 1 million total followers is much more effective than 1 mega influencer with 1 million followers. Then why do the campaigners work with mega ones? Because all processes are manual and there is no programmatic way. What if we present the solution?

Promodex is a blockchain-based promotion marketplace aiming to programmatize the social media campaign with influencers. Any brand, project, or company can launch a Promodex platform campaign, and they will be locking platform utility token PROMO or any other token as a reward. They’ll filter the language, social media platform, influencer’s category, and quality score then the matching influencers will participate and automatically get their rewards into their wallets. Rewards are algorithmically calculated according to no follower-engagement level quality score.

So that campaigners easily find and work with several influencers seamlessly programmatically and influencers, particularly medium size, meet with campaigners and monetize their promotion potential.

Promodex launches $PROMO as a utility token. $PROMO token enables interaction and facilitates transactions for the services on the platform. It grants various benefits to campaigners and participants.

Recently Promodex tokenomics was revised for lower token sales by reducing the seed fund though the project received $1.2 million of total demand. Moreover, the vesting period for big investors allocation was prolonged. Therefore, the revision is expected to create a dry supply of PROMO tokens in the market, which will affect the price positively.

Promodex sells only 648K of token that will be released in first year,

Since influencers are at the heart of the Promodex business model, Promodex started connecting with influencers worldwide with the “Associate Influencer” program. As Promodex gains an influencer base with this program, influencers get benefits and privileges as in the following;

Promodex dev-team is working to develop the platform and required stacks as;

Blockchain Crypto News Featured
Disclaimer
Read More Read Less
The information provided on this website shouldn’t be considered as investment, tax, legal, or trading advice. Morning Tick is not an investment advisory platform, nor do we intend to be. The publication, its’s management team, or authored-by-line doesn’t seem liable for your personal financial losses, which may be due to your panic decisions based on the content we published. We strongly recommend considering our stories as just a piece of information, unlike advice, recommendations, or requests. Some of the contents may get outdated, updated, or inaccurate despite our profound editorial policies. We urge readers to do their due diligence before making any investments decision with ongoing IDOs, ICOs, IEOs, or any other kind of financial offerings. Few outbound links may be commissioned or affiliated, which helps us grow financially and maintain healthy editorial norms. For more information, visit disclaimer page.
Share. Facebook Twitter Pinterest LinkedIn Email Reddit WhatsApp
Previous ArticleLaCucina to pioneer its DeFi engagement platform on Binance Smart Chain
Next Article RichQUACK out to make diamond hands rich with hyper deflationary token