By Staff ReporterPublished 10 months ago on January 30, 2022 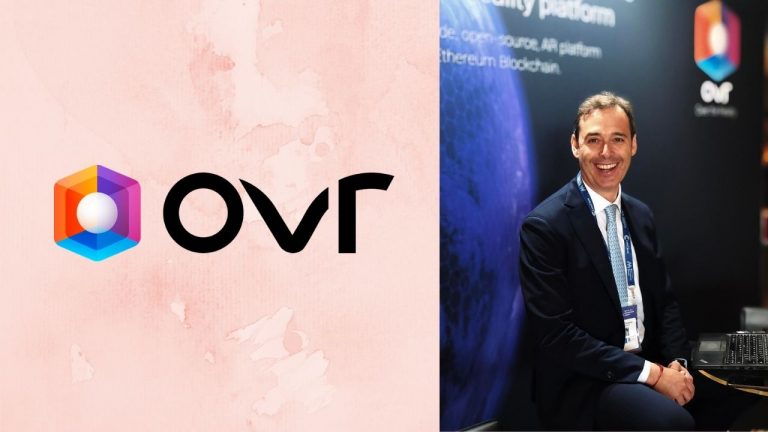 OVR Global, a decentralized Metaverse, has announced the launch of its Map2Earn crowdsource mapping feature. The platform that creates geolocalized AR/VR experiences will use the new feature to incentivize users into participating in a global 3D mapping experience.

Specifically, users will take pictures of specific locations with their smartphone cameras. In return, they will receive the project’s native OVR tokens as a reward. Afterwards, OVR will leverage the images to generate a precise 3D map of the world, which will work as one of the key pillars in OVR’s AR/VR Metaverse.

Already, users of the platform have scanned 1.4 million locations as part of the treasure hunt.

By welcoming users to contribute to our project, helping us build out the geospatial infrastructure for a whole universe of experiences, and rewarding them with our tokens, we are making sure that inclusivity is at the very foundation of our digital future.

OVR is an AR platform originally powered by the Ethereum Blockchain but has since begun the move to Polygon. It is a digital platform covering the entire globe composed of 1.6 trillion unique hexagons called OVRLands. Lands can be purchased from the system with an auction and then traded or rented in a decentralized fashion. Using this platform, users provided with smartphones or smart glasses can experience AR situations customized in the real world.

How does OVR works?

OVR embraces decentralization by gamifying the experience of mapping the Metaverse. Using its powerful AI algorithm, images captured by the users’ smartphones are transformed into 3D representations of the target areas.

This supplements GPS for localizing and rendering specific VR/AR objects as displayed by personal devices. Consequently, OVR easily amplifies the spatial precision of its VR/AR features, from about six meters with GPS to as few as 20 centimeters. Once the 3D map is in place, owners of the OVRLand will offer users the opportunity to use the crowdsourced 3D grid to pinpoint the digital options located in their areas.

Above all, the new localization functionality empowers owners to tie specific digital experiences with target physical objects. For example, they can play a virtual scene or a specific wall. Also, they can bring a statue to life with 3D animation.

Blockchain Crypto News MetaVerse
Disclaimer
Read More Read Less
The information provided on this website shouldn’t be considered as investment, tax, legal, or trading advice. Morning Tick is not an investment advisory platform, nor do we intend to be. The publication, its’s management team, or authored-by-line doesn’t seem liable for your personal financial losses, which may be due to your panic decisions based on the content we published. We strongly recommend considering our stories as just a piece of information, unlike advice, recommendations, or requests. Some of the contents may get outdated, updated, or inaccurate despite our profound editorial policies. We urge readers to do their due diligence before making any investments decision with ongoing IDOs, ICOs, IEOs, or any other kind of financial offerings. Few outbound links may be commissioned or affiliated, which helps us grow financially and maintain healthy editorial norms. For more information, visit disclaimer page.
Share. Facebook Twitter Pinterest LinkedIn Email Reddit WhatsApp
Previous ArticleGate.io launches new market marker incentive program for corporate clients
Next Article Pocket Network grows revenue 14X In 90 days continuing despite recent market conditions