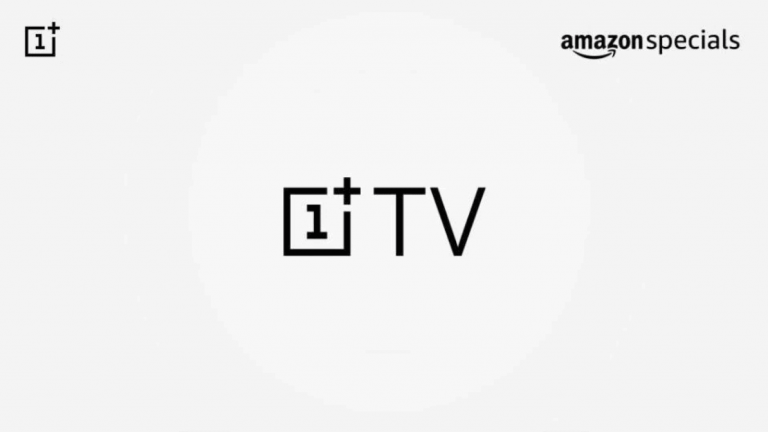 Oneplus is gearing up to launch its new OnePlus Smart TV later this month. So ahead of launch, OnePlus TV has been listed on Amazon India that reveals major features of the TV. An official Amazon teaser page for the upcoming OnePlus TV confirms that it will have a 55″ QLED panel as well as 8 speakers that give a combined output of 50W.

According to the listing, the OnePlus TV to come with 55-inch 4K QLED display along with Dolby Vision. The company claims, “Dolby Vision brings extraordinary color, contrast and brightness”. In addition, the OnePlus TV 55″ QLED will be equipped with 8 speakers that give a combined output of 50W with Dolby Atoms. So the combination of both Dolby Vision and Dolby Atmos gives the best viewing experience.

There is also the slight chance that buyers would get access to Amazon Specials and/or a Prime Video membership free of charge along with the TV.

To remind, OnePlus CEO already shared live photos of OnePlus TV getting packaged at the factory. Also, he confirmed, the OnePlus TV will runs well-optimized Android OS and working along with Google promises 3 years of Android TV updates and best user experiences.

The company mentioned, “OnePlus is committed to the vision of a connected home environment. The company will continue to evolve the OnePlus TV, as well as the brand s other mobile devices, to develop innovations that make sense for its users to always create the best experience possible.”

As reported, alongside OnePlus 7T series smartphones, OnePlus TV will be launched in September. Share your thoughts in the comments below!

Consumer Tech OnePlus
Disclaimer
Read More Read Less
The information provided on this website shouldn’t be considered as investment, tax, legal, or trading advice. Morning Tick is not an investment advisory platform, nor do we intend to be. The publication, its’s management team, or authored-by-line doesn’t seem liable for your personal financial losses, which may be due to your panic decisions based on the content we published. We strongly recommend considering our stories as just a piece of information, unlike advice, recommendations, or requests. Some of the contents may get outdated, updated, or inaccurate despite our profound editorial policies. We urge readers to do their due diligence before making any investments decision with ongoing IDOs, ICOs, IEOs, or any other kind of financial offerings. Few outbound links may be commissioned or affiliated, which helps us grow financially and maintain healthy editorial norms. For more information, visit disclaimer page.
Share. Facebook Twitter Pinterest LinkedIn Email Reddit WhatsApp
Previous ArticleWordPress websites attacked by 3rd party plugins, secure your WP site now!
Next Article Google Pixel 4 Wallpapers leaked ahead of launch, Download now!