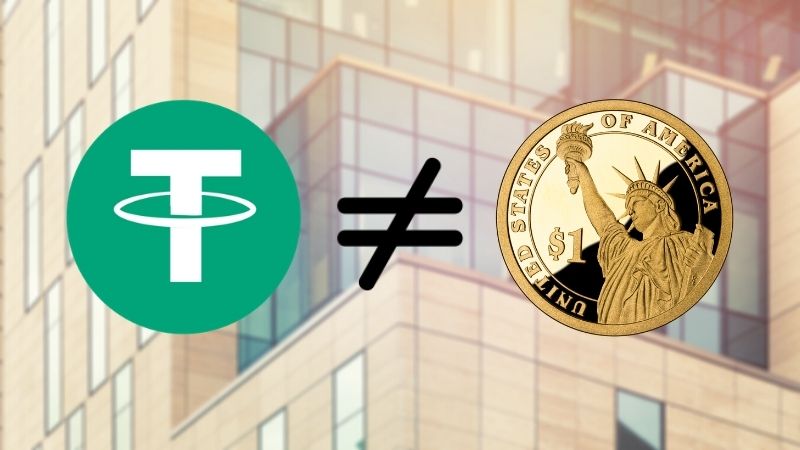 New York Attorney General Letitia James has disclosed that cryptocurrency trading platforms Bitfinex and Tether have been banned from offering their services in the state.

The Attorney General revealed this via an official tweet, noting that both crypto exchanges will be barred from New York and will pay hefty fines for false claims about Tether’s backing as well as concealing losses at Bitfinex.

We’re ending @bitfinex and @Tether_to‘s virtual currency trading in New York after the companies covered up about $850 million in losses around the globe and deceived the market by overstating reserves.

Letitia James explained that Bitfinex claimed that one-for-one holdings in U.S. dollars backed its stable coin Tether (USDT). While in actual fact, the crypto platform “made false statements about the backing of the stable coin.”

Also, the crypto trading platform disclosed false information about the transfer of millions of dollars between the two firms to cover up immense losses, which is pegged at $850 million.

Additionally, the Attorney General noted that after almost three years of legal battle, Bitfinex and Tether finally agreed to all end their trading activities in the state of New York as well as pay $18.5 million in fines.

Meanwhile, Tether and Bitfinex, in a series of tweets respectively, also announced the settlement of their lawsuit with the state of New York. However, unlike  New York Attorney General Letitia James’ claim, both companies admitted to no wrongdoing.

No finding that Tether ever issued without backing or to impact crypto prices. This settlement shows our commitment to the future of the industry, and to transparency with quarterly disclosures of @tether_to reserves going forward. 2/3

Jason Weinstein, counsel to Bitfinex and Tether, noted no established evidence that Tether ever issued its digital asset without backing, unlike many speculations and rumors.

Additionally, via an official blog post, Tether noted that the firm had worked in full cooperation with the Attorney General’s Office and provided more than 2.5 million pages of documentation to clear its name over the past two and a half years.

Crypto News Stablecoin United States
Disclaimer
Read More Read Less
The information provided on this website shouldn’t be considered as investment, tax, legal, or trading advice. Morning Tick is not an investment advisory platform, nor do we intend to be. The publication, its’s management team, or authored-by-line doesn’t seem liable for your personal financial losses, which may be due to your panic decisions based on the content we published. We strongly recommend considering our stories as just a piece of information, unlike advice, recommendations, or requests. Some of the contents may get outdated, updated, or inaccurate despite our profound editorial policies. We urge readers to do their due diligence before making any investments decision with ongoing IDOs, ICOs, IEOs, or any other kind of financial offerings. Few outbound links may be commissioned or affiliated, which helps us grow financially and maintain healthy editorial norms. For more information, visit disclaimer page.
Share. Facebook Twitter Pinterest LinkedIn Email Reddit WhatsApp
Previous ArticleWill Polkadot (DOT) and Cardano (ADA) emerge as big winners of this latest crash?
Next Article Bitcoin (BTC) resurges above $50,000 as other cryptocurrencies follow suit