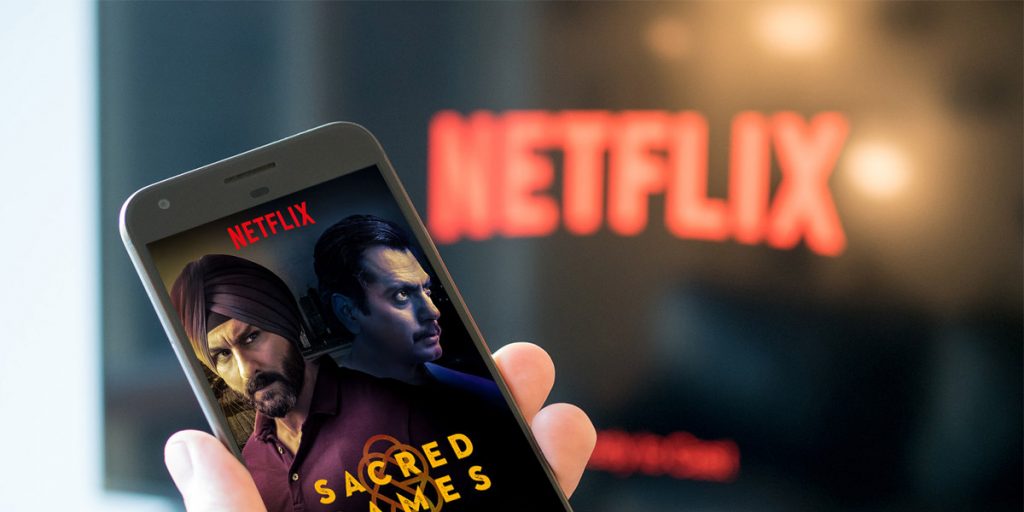 Netflix is testing long term subscription plans in India. Netflix has already tested its half-yearly annual and quarterly plans in India. The users are offered a discount of up to 50%, and those who subscribe to this plan can get a long term plan also at a discount.

Netflix plans to test 3 plans, and 1st of these plans is a three months subscription plan of Rs 1,919 while the regular premium subscription rate is Rs 2,397. The second plan is for six months plan, which they are giving out at a 30% discount at the rate of 3,359 while the original price is 4,794. The annual plan, which is for 12 months, is being tested with a 50% discount at the rate of 4799 rupees. The original price being Rs 9,588.

Netflix, which is a California based company is testing its plans in the Indian market to retain its customers for an extended period. They had offered an Rs.199 affordable plan which is still available. Netflix was introduced in India in 2016 and is used widely in the country since then.

Netflix CEO Reed Hastings had said in a conference in Delhi that Netflix is investing 3000 crores for creating the local contents in India, including cricket matches. He mentioned that the Indian audience is very important to the company, and they are planning to be more Indian in their contents.

However, Netflix needs to compete with Hotstar and Amazon prime, which is quite popular among Indian viewers and is much cheaper compared to Netflix. Flipkart is also one of the competitors. Hotstar and Flipkart are making it difficult by providing free contents to watch.

The new move by Netflix might give an advantage by gaining a number of long term subscribers in the Indian market.

Apps India Netflix
Disclaimer
Read More Read Less
The information provided on this website shouldn’t be considered as investment, tax, legal, or trading advice. Morning Tick is not an investment advisory platform, nor do we intend to be. The publication, its’s management team, or authored-by-line doesn’t seem liable for your personal financial losses, which may be due to your panic decisions based on the content we published. We strongly recommend considering our stories as just a piece of information, unlike advice, recommendations, or requests. Some of the contents may get outdated, updated, or inaccurate despite our profound editorial policies. We urge readers to do their due diligence before making any investments decision with ongoing IDOs, ICOs, IEOs, or any other kind of financial offerings. Few outbound links may be commissioned or affiliated, which helps us grow financially and maintain healthy editorial norms. For more information, visit disclaimer page.
Share. Facebook Twitter Pinterest LinkedIn Email Reddit WhatsApp
Previous ArticleAMD Radeon driver supports RX 5300M graphics card
Next Article Top 12 Best Free Websites to Watch Cartoons Online (2020)