What to expect from Microsoft Surface event on 2nd October 2019? 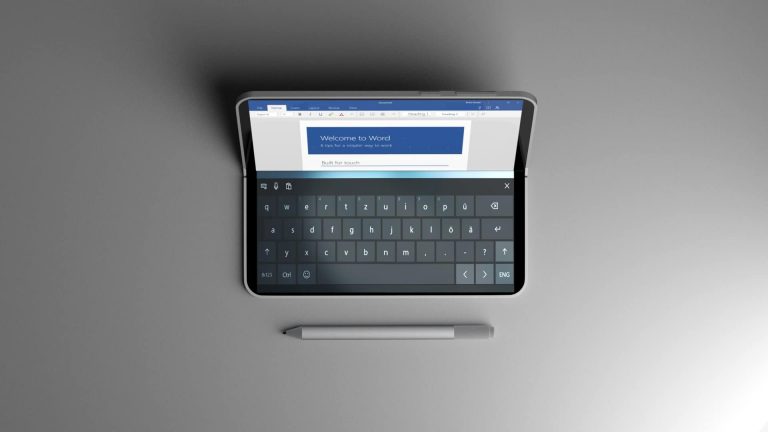 After a surface hiatus, Microsoft finally introduces surface hardware event for 2nd October to unfold in New York City, invitations as per now are minimalistic to the edge signifying the simple texture of Microsoft yet again.

We were, of course, expecting it anytime sooner as it has been long since Microsoft got an update. The contemporary model, Surface Pro 6 released on October 16,2018 has an 8th generation Intel Core series processor, a 13.5-inch non-detachable touch screen. After quite an impressive launch it still couldn’t make its way through due to no USB-C part and apparently No external GPU connection which is a big concern for the pro gamers out there.

Today, Windowsarea revealed a handful of devices along with proper specification which might be unveiled in the event.

Surface Pro 7 will be powered by Snapdragon 8cx chipset and they are going to come with built-in LTE modems.  The Intel models will be powered by the latest 10th generation CPUs. There will be USB-C sockets instead of display port but they will not support Thunderbolt 3 due to the presence of the Surface Connect.

Mircosoft’s Surface Laptop 3 is going to get rid of Surface Connect and instead, there will be the presence of both USB-C and USB-A ports. There will be a business variant of this laptop which be a full-aluminum unibody model without Alcantara. This variant might come with swappable SDDs.  There won’t be an AMD variant as rumored.

Surface Book 3 will be hardware up-gradation over the previous generation and it will hold a new processor. We do not have any corresponding information regarding what will happen to Surface Connect and USB-C ports in this device but there is a chance that it will come with Thunderbolt 3.

It is being rumored that Microsoft is working on wireless in-ear headphones under the code name Morrison. There are no further details about this device yet.

A few months back, it was heard that Microsoft has presented a prototype of a dual-display device to its employees in Redmond. As per information, the device is named Microsoft Centaurus. It might be launched with a Windows Core OS. Or expect a foldable smartphone?

According to rumors, Surface devices might come with keyboards having an office button.  It is also heard Microsoft had already tested prototypes.

It’s landing in the business could take the competition and buzz to a whole new level.  As of now, we are only updated with the invites unsure of what can we be surprised by the event. We expect more details regarding the upcoming products in the coming weeks.

Quoted by Satya Nadella “ I define my mission and that of my company as empowering every person and every organization on the planet to achieve more.” We certainly see the vision of the event convincing.

Well if Microsoft follows its ongoing pace all we can say is save the date!

Consumer Tech Microsoft
Disclaimer
Read More Read Less
The information provided on this website shouldn’t be considered as investment, tax, legal, or trading advice. Morning Tick is not an investment advisory platform, nor do we intend to be. The publication, its’s management team, or authored-by-line doesn’t seem liable for your personal financial losses, which may be due to your panic decisions based on the content we published. We strongly recommend considering our stories as just a piece of information, unlike advice, recommendations, or requests. Some of the contents may get outdated, updated, or inaccurate despite our profound editorial policies. We urge readers to do their due diligence before making any investments decision with ongoing IDOs, ICOs, IEOs, or any other kind of financial offerings. Few outbound links may be commissioned or affiliated, which helps us grow financially and maintain healthy editorial norms. For more information, visit disclaimer page.
Share. Facebook Twitter Pinterest LinkedIn Email Reddit WhatsApp
Previous ArticleHuami launches Amazfit GTS, Amazfit Stratos 3 and Amazfit X smartwatches
Next Article Sony unveils World’s fastest A6600 and A6100 mirrorless cameras