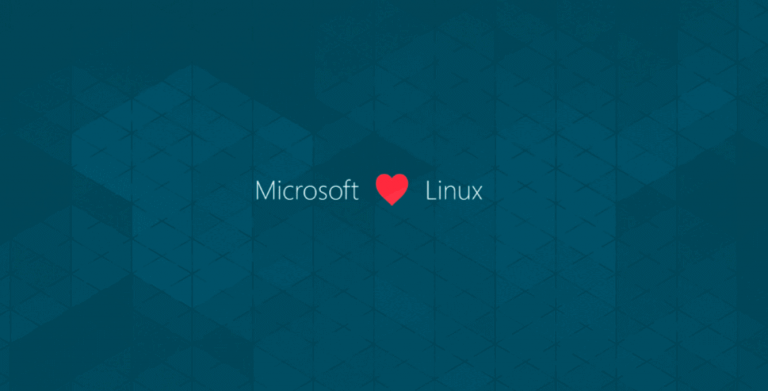 Back in 2006, Microsoft launched its file system for flash drives and SD cards, ExFAT (Extended File Allocation Table) as the successor of FAT32. So far, mounting these drives and cards on Linux machines required installation of additional software.

Today, the tech giant announced that it is going to support adding exFAT into the Linux kernel. The company also said that the exFAT specs will become part of the Open Invention Network’s Linux definition.

The company further commented that once the code gets accepted, it will benefit “from the defensive patent commitments of OIN’s 3040+ members and licensees.”

There was indeed a hard core rivalry between Microsoft and Linux. The Linux community used to considers Microsoft as anti open source. There is no doubt that Microsoft has now embraced open source and with the release of Windows Subsystem for Linux, Linux has itself became a part of Windows 10.

It should be noted that the problem with exFAT is that it is a proprietary technology so, in order to use it, customers need to buy a license. This basically provides no support to exFAT in the Linux kernel, rather it goes on par with Linux-based products like Raspberry Pi.

Microsoft itself addressed the issue and in the press release stated that “It’s important to us that the Linux community can make use of exFAT included in the Linux kernel with confidence. To this end, we will be making Microsoft’s technical specification for exFAT publicly available to facilitate [the] development of conformant, interoperable implementations.”

Microsoft further said, “We also support the eventual inclusion of a Linux kernel with exFAT support in a future revision of the Open Invention Network’s Linux System Definition, where, once accepted, the code will benefit from the defensive patent commitments of OIN’s 3040+ members and licensees.”

Consumer Tech Microsoft
Disclaimer
Read More Read Less
The information provided on this website shouldn’t be considered as investment, tax, legal, or trading advice. Morning Tick is not an investment advisory platform, nor do we intend to be. The publication, its’s management team, or authored-by-line doesn’t seem liable for your personal financial losses, which may be due to your panic decisions based on the content we published. We strongly recommend considering our stories as just a piece of information, unlike advice, recommendations, or requests. Some of the contents may get outdated, updated, or inaccurate despite our profound editorial policies. We urge readers to do their due diligence before making any investments decision with ongoing IDOs, ICOs, IEOs, or any other kind of financial offerings. Few outbound links may be commissioned or affiliated, which helps us grow financially and maintain healthy editorial norms. For more information, visit disclaimer page.
Share. Facebook Twitter Pinterest LinkedIn Email Reddit WhatsApp
Previous ArticleSony unveils World’s fastest A6600 and A6100 mirrorless cameras
Next Article Microsoft Surface Pro 7, Surface Laptop 3 specs & features leaked