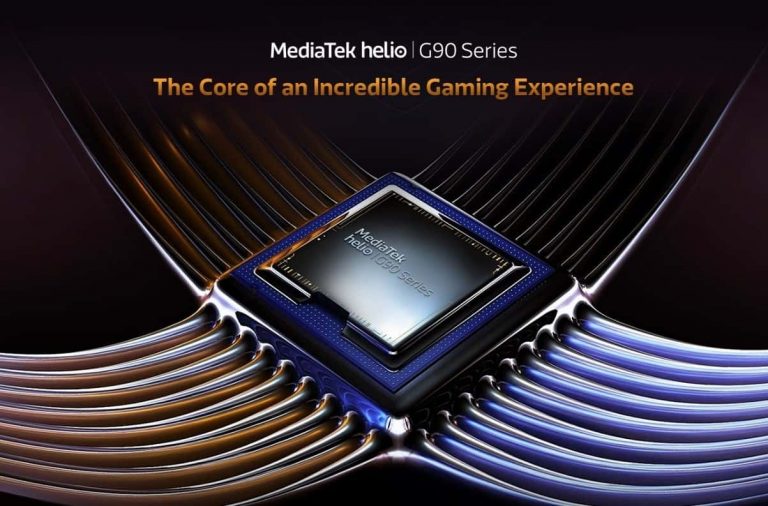 We have seen that the Qualcomm chips have essentially dominated the smartphone market in recent times. While one of the biggest chip manufacturers, Intel, tried its luck in the mobile chip market, it failed to do so. This is also the reason why Intel decided to sell its smartphone modem business to Apple. Now, the closest competitor right now to Qualcomm is MediaTek. While we generally don’t associate MediaTek chips with flagship phones, they are seen on some budget smartphones.

Basically, Snapdragon 855 Plus is an overclocked version of Snapdragon 855 for better gaming performance. Similarly, MediaTek has now launched a new series of chips called the G90 series. This series contains Helio G90 and Helio G90T processors. These processors contain an octa-core CPU which is clocked at 2.05 GHz and comes with ARM Cortex-A76 and A55 cores same as Qualcomm and Huawei.

For graphics, the MediaTek G90 series includes a Mali G76 GPU along with support for up to 10GB RAM and speeds of up to 800MHz. MediaTek says that its G90 series chips come with “HyperEngine” technology, which consists of several features that are designed to boost the performance of smartphone games.

These chips from MediaTek also have an intelligent network prediction engine which switches from WiFi to LTE if the network quality degrades to give a smoother performance. Also, these chips from MediaTek support HDR10 displays too. With the MediaTek G90 series, we might see some gaming phones launched in the budget and mid-range segment soon.

Gaming MediaTek
Disclaimer
Read More Read Less
The information provided on this website shouldn’t be considered as investment, tax, legal, or trading advice. Morning Tick is not an investment advisory platform, nor do we intend to be. The publication, its’s management team, or authored-by-line doesn’t seem liable for your personal financial losses, which may be due to your panic decisions based on the content we published. We strongly recommend considering our stories as just a piece of information, unlike advice, recommendations, or requests. Some of the contents may get outdated, updated, or inaccurate despite our profound editorial policies. We urge readers to do their due diligence before making any investments decision with ongoing IDOs, ICOs, IEOs, or any other kind of financial offerings. Few outbound links may be commissioned or affiliated, which helps us grow financially and maintain healthy editorial norms. For more information, visit disclaimer page.
Share. Facebook Twitter Pinterest LinkedIn Email Reddit WhatsApp
Previous ArticleVivo iQOO Plus 5G to feature Snapdragon 855 Plus, 4500mAh battery
Next Article Intel 11th generation 10nm-based Tiger Lake-Y CPUs seen online