By Staff ReporterPublished 10 months ago on February 15, 2022 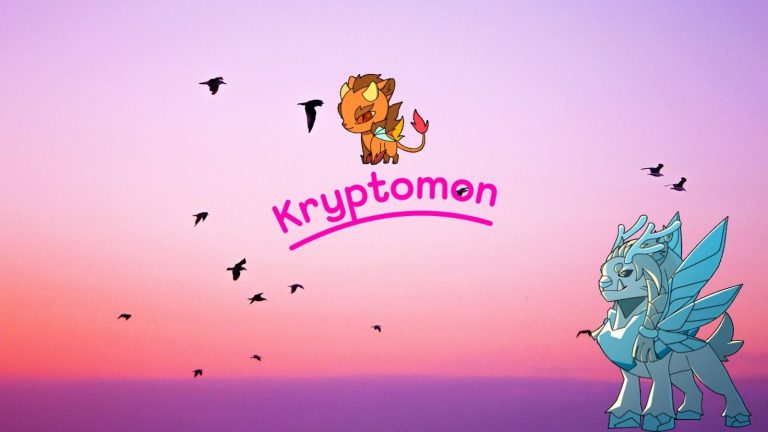 Kryptomon, the NFT play-to-earn blockchain game where Pokémon meets Tamagotchi and CryptoKitties, has launched Stage 1 of its NFT gaming metaverse.

Kryptomons are living NFT creatures with unique characteristics and abilities. Specifically, they are collectible virtual monsters, with features defined by a unique 38-random parameter digital genetic code. As the first project to create a living NFT on the blockchain, players can breed, care for, and train their Kryptomons.

The care given will be beneficial in stage 2, where a fully-fledged combat system comes into play. If trainers neglect their Kryptomon, the creature will freeze, requiring the players to pay some fee to unfreeze them to continue using them.

Commenting on the launch of stage 1, Umberto Canessa, Founder & CEO of Kryptomon said:

Being able to interact, breed, and earn with their living NFTs is a huge step for the trainers, and is just the beginning for the metaverse that we are putting together, update by update. We believe that AR and blockchain will revolutionize gaming, and we spearhead this change with a game built on beloved mechanics.

The launch of Stage 1 comes right after two successful initial NFT egg sales on Binance NFT, the NFT marketplace of the world’s largest cryptocurrency exchange. Specifically, the debut sale in November 2021 resulted in 2,000 NFT eggs selling out in less than 1 second and generating $180,000 in sales, one of the fastest sales in Binance NFT’s history.

The second egg sale occurred on February 8, 2022, generating $237,500 in less than a second for 2,500 NFT eggs sold, setting another benchmark for Kryptomon.

Kryptomon’s marketplace enables Kryptomon NFT trading, purchases, and $KMON token staking. These enable players to participate in NFT lotteries and in the generation of “candies,” which are used as in-game currency to purchase loot-boxes and items.

From February 15, players can breed their Kryptomon NFTs and start selling the new NFT eggs they generate on any of the 7 NFT marketplaces that have partnered with Kryptomon, including Kryptomon’s official KMarket marketplace.

On the same date, Kryptomon will release its “Play to Earn” (P2E) mechanics to the game, making it possible for players to start earning money in the form of $KMON tokens and NFTs as they enjoy the game.

Alongside the treasure hunt, Kryptomon expands its lore, releasing the first issue of its comic book series titled Eva’s Journey. Each monthly issue of the book will reveal more about Kryptomon’s game and characters while giving readers helpful game play tips. Also, the platform has expanded its advisory board with gaming veterans.

NFT
Disclaimer
Read More Read Less
The information provided on this website shouldn’t be considered as investment, tax, legal, or trading advice. Morning Tick is not an investment advisory platform, nor do we intend to be. The publication, its’s management team, or authored-by-line doesn’t seem liable for your personal financial losses, which may be due to your panic decisions based on the content we published. We strongly recommend considering our stories as just a piece of information, unlike advice, recommendations, or requests. Some of the contents may get outdated, updated, or inaccurate despite our profound editorial policies. We urge readers to do their due diligence before making any investments decision with ongoing IDOs, ICOs, IEOs, or any other kind of financial offerings. Few outbound links may be commissioned or affiliated, which helps us grow financially and maintain healthy editorial norms. For more information, visit disclaimer page.
Share. Facebook Twitter Pinterest LinkedIn Email Reddit WhatsApp
Previous ArticleSeedOn launches its SEON token on Digifinex, BitMart, and PancakeSwap
Next Article NFT and Blockchain powered MOBA game, Kitsumon announces successful presale