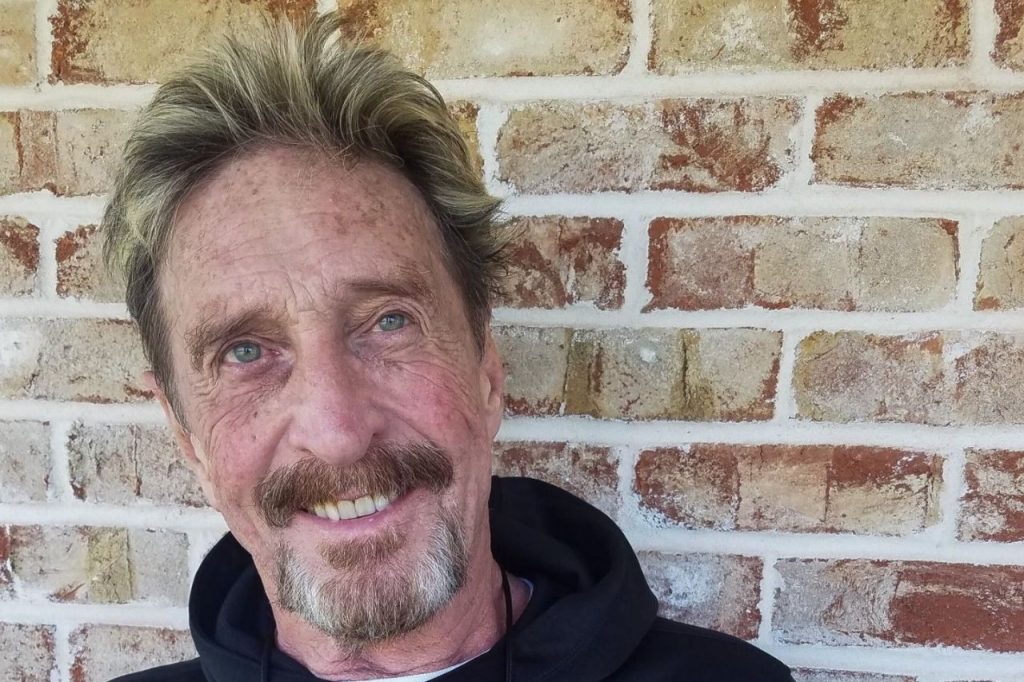 John McAfee, the founder of McAfee cybersecurity solutions who later left the company, recently released a Q&A interview on his website about his time in jail and his future projects. He is currently in a prison in Spain on charges of tax evasion.

While McAfee continued to answer in his signature pomp, he happened to mention his plans regarding his brainchild, a stablecoin named “$GHOST”. Through a Twitter post, he claimed to be answering questions from the European Press.

I have answered questions from the European press.

To save repetition my answers to each question can be found here at https://t.co/Yfr4zn8jtk

If you are an established media and have additional questions please address them to my wife by email at mrsjanicemcafee@gmail.com.

In August this year, McAfee tweeted his disinterest in the project called “$GHOST”. He stated that he was leaving the project because the management was incapable of making good decisions. He even said in the tweet, “It ($GHOST) will, without a doubt, fail.”

However, John McAfee’s decision took a complete 180-turn last week when he took to Twitter to announce that he is back on board with $GHOST stablecoin. He claimed that his feud with the management had ended.

I have returned to controlling the $GHOST development.

My feud with management has ended.

With the announcement that we will soon release a private stable coin, will mark a new era in transacting crypto business.

Transaction fees will be shared amongst all $GHOST holders.

Moreover, when asked about his crypto projects in his latest interview to the European press, McAfee emphatically talked about the project. He said that $GHOST would revolutionize crypto transactions, and claimed: “I have capable managers and communicate frequently from prison”.

It is noteworthy that John McAfee is a man who was arrested for tax fraud, and is tweeting a justification from prison.

I am charged with tax fraud – which is lying on your tax return.

I have filed no returns for many years and have made no secret of it. If I have said nothing how could I have lied.

My real crime is speaking publicly about the insanity rampant within our system of government.

McAfee was convicted for not paying taxes on his crypto assets. However, the crypto-loving scion of cybersecurity seems to be living a casual sentence in his jail cell, if his proactiveness on Twitter is anything to go by.

McAfee’s $GHOST stablecoin has an old version that is actively listed on CoinMarketCap. However, it is currently running at a low valuation of $0.33.

Closely observing McAfee’s tweets, it seems that the former cybersecurity tycoon is excited about entering the crypto arena once he is out of prison. Judging from his responses in the aforementioned interview, John McAfee would actively try to recuperate his $GHOST stablecoin.