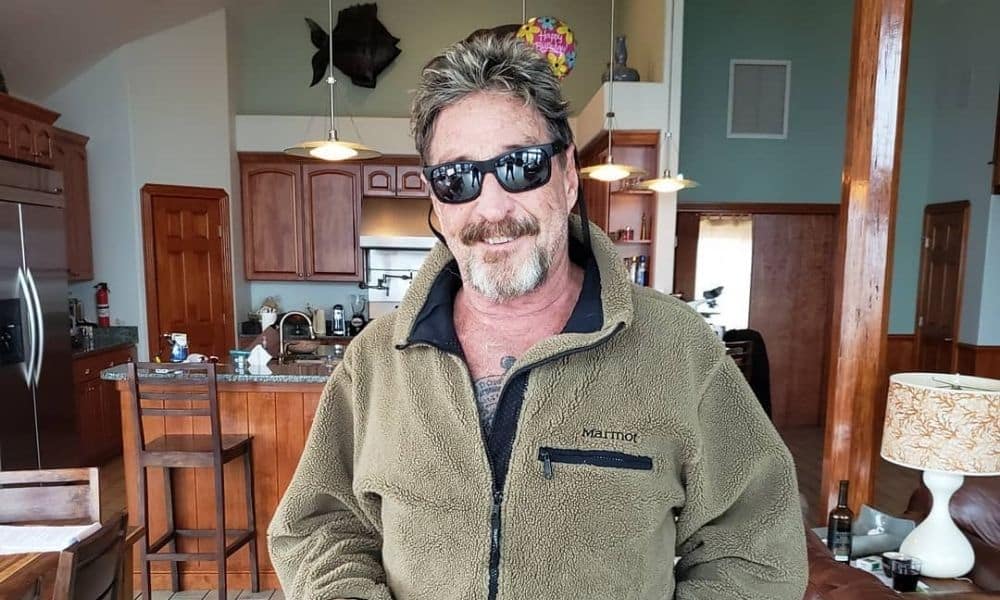 American software entrepreneur John McAfee, ex-founder of McAfee cybersecurity solutions, was arrested in Spain over charges of tax evasion. According to US prosecutors, McAfee had undisclosed assets earned through promoting shady cryptocurrency schemes, consulting work, speaking engagements, and selling the rights of his life’s story for a documentary. Notably, the assets included a house, vehicles, and a yacht.

To evade taxes, McAfee did not report these assets to the American Internal Revenue System (IRS). He directed his earnings to bank accounts and crypto exchange accounts of others to avoid paying taxes on this income. Furthermore bought the aforesaid property in the names of proxies.

Currently, McAfee is awaiting extradition from Spain because his tax evasion case file was unsealed in an American court. It is unclear whether he has legal representation on this matter. Most importantly, he could face up to 30 years of imprisonment for this crime, if proven guilty.

The prosecutors alleged that McAfee had failed to pay adequate taxes from 2014 to 2018, despite having reasonable income sources. However, these earnings have not been linked to the cybersecurity company in his name.

John McAfee founded McAfee Antivirus Company in 1987, and it was inducted into Intel’s Security Division in 2011. The company also claims to be the largest dedicated tech security services provider in the world.

The IRS recently added a provision to their tax form, which clearly asked all citizens to disclose their crypto assets. This provision was made mandatory to prevent citizens from committing tax evasion using crypto. Specifically, the tax body will insert the question “At any time during 2020, did you sell, receive, send, exchange or otherwise acquire any financial interest in any virtual currency?” The taxpayer is expected to answer with a ‘Yes’ or ‘No’. This question puts the burden of proof on citizens to disclose their inventories.

Consumer Tech Crypto News Entrepreneur
Disclaimer
Read More Read Less
The information provided on this website shouldn’t be considered as investment, tax, legal, or trading advice. Morning Tick is not an investment advisory platform, nor do we intend to be. The publication, its’s management team, or authored-by-line doesn’t seem liable for your personal financial losses, which may be due to your panic decisions based on the content we published. We strongly recommend considering our stories as just a piece of information, unlike advice, recommendations, or requests. Some of the contents may get outdated, updated, or inaccurate despite our profound editorial policies. We urge readers to do their due diligence before making any investments decision with ongoing IDOs, ICOs, IEOs, or any other kind of financial offerings. Few outbound links may be commissioned or affiliated, which helps us grow financially and maintain healthy editorial norms. For more information, visit disclaimer page.
Share. Facebook Twitter Pinterest LinkedIn Email Reddit WhatsApp
Previous ArticleIndian Bollywood actress faces ransomware attack, hackers demand 0.2 BTC
Next Article US Agency CISA: Emotet malware is the most dangerous cyber threat today