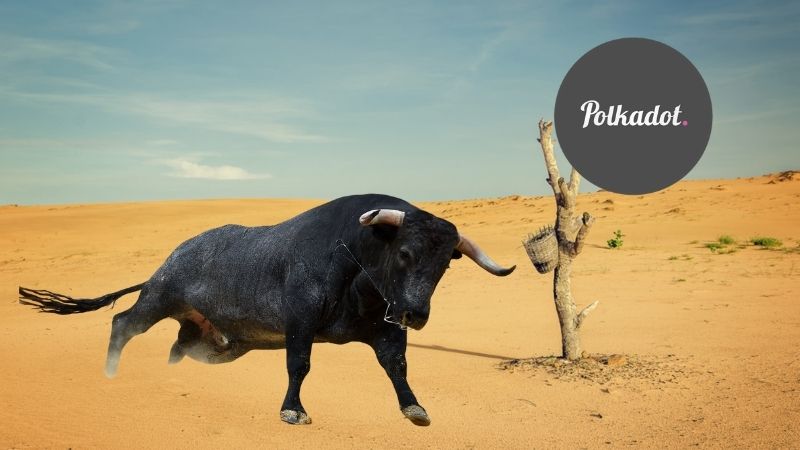 Move over Dogecoin [DOGE], Polkadot [DOT] seems to be taking over the crypto-verse. The fairly new coin made its debut not long ago, but it proved to be a promising coin. DOT crept under the crypto spotlight after it made its way into the top ten cryptocurrencies in terms of market cap. The altcoin even flipped prominent assets like XRP, Litecoin [LTC], Cardano [ADA], and an array of other assets. The coin currently stands as the fifth-largest coin with a market cap of $16.77 billion, waiting to flip XRP, which very wasn’t far away.

The price of the altcoin was on an uptrend. Recently, the asset broke its records and noted new all-time highs. Last week, DOT hit an all-time high of $19.32. At the time of writing, the coin was once again at $19 with a 24-hour price change of a positive 13%.

More recently, DOT came as close as $19.32 but failed to move past this. The continuation of this trend could aid the coin’s journey beyond $20.

While DOT is on its own journey, the world’s first Polkadot exchange-traded product [ETP] made an appearance. The prominent issuer of crypto ETPS, 21Shares AG will be rolling out a DOT ETP on 4 February 2021 on the Swiss stock exchange. Speaking about the same, the CEO of 21Shares AG, Hany Rashwan said,

“After investors purchase their first Bitcoins through our ETPs, there is a natural transition to invest in other crypto assets. […] We benefit from trusted partners for the liquidity provision and upon continued institutional demand, we are launching the DOT ETP to give investors a safe, regulated, and easy way to obtain exposure to this exciting new blockchain technology. In the next 3 months, we aim to add 2 to 3 more innovative ETPs as well as new European exchange listings.”

Polkadot
Disclaimer
Read More Read Less
The information provided on this website shouldn’t be considered as investment, tax, legal, or trading advice. Morning Tick is not an investment advisory platform, nor do we intend to be. The publication, its’s management team, or authored-by-line doesn’t seem liable for your personal financial losses, which may be due to your panic decisions based on the content we published. We strongly recommend considering our stories as just a piece of information, unlike advice, recommendations, or requests. Some of the contents may get outdated, updated, or inaccurate despite our profound editorial policies. We urge readers to do their due diligence before making any investments decision with ongoing IDOs, ICOs, IEOs, or any other kind of financial offerings. Few outbound links may be commissioned or affiliated, which helps us grow financially and maintain healthy editorial norms. For more information, visit disclaimer page.
Share. Facebook Twitter Pinterest LinkedIn Email Reddit WhatsApp
Previous ArticleDogecoin and XRP’s social interest take a hit but they continue harboring bulls
Next Article Analysis: Will Dogecoin break its previous ATH $0.08 today?

Will Polkadot (DOT) and Cardano (ADA) emerge as big winners of this latest crash?

Polkadot (DOT) will hit $40, affirms the bulls in the market