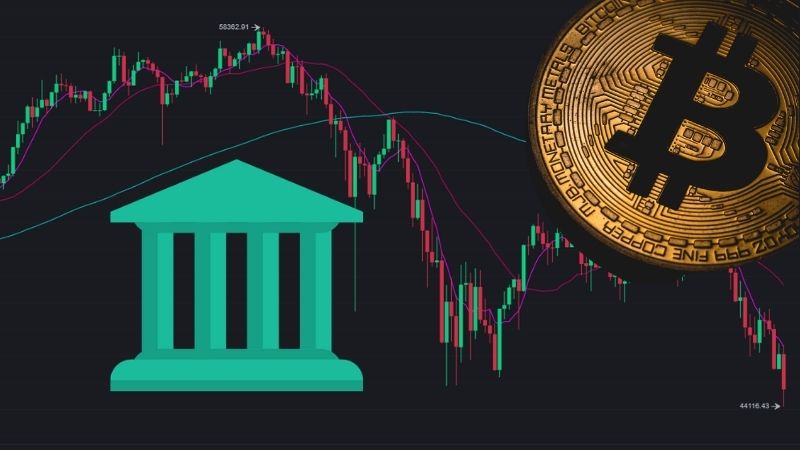 The entire crypto industry was back drowning in the red sea. Almost all the assets were witnessing major downfalls even enduring double-digit crashes. A few days ago, Bitcoin [BTC] was had finally made its past $50K, but the asset once again dropped down to a low of $45K. The market cap of the king coin also dropped down to $800 billion from a high of $1 trillion.

Despite this major drop in its price, the Bitcoin exchange outflow volume had hit an all-time high of $133,498,242.37. The CEO of CryptoQuant, Ki-Young Ju revealed that almost 13K Bitcoin made their way out of Coinbase. His tweet read,

13k $BTC flowed out from Coinbase a few hours ago.

It seems those BTC went to multiple Coinbase custody wallets. US institutional investors are still buying Bitcoin at the 48k price.

This is the strongest bullish signal I've ever seen.

While CryptoQuant’s CEO suggested that this was the “strongest bullish signal” that he has ever seen, the one-hour price chart of Bitcoin was suggesting otherwise as the bears were noted in its market.

The one-hour price chart of BTC was seen depicting a bearish sentiment as the Parabolic SAR indicator had laid out dotted lines above the candlesticks. This line prompted the bears to enter the market as the dotted lines stood as a line of resistance.

The Awesome Oscillator was exhibiting a bearish momentum with the formation of red closing bars. The Relative Strength Index was down below the 50 median, suggesting a sellers’ predilection in the BTC market.

The strong bearish notion in the BTC market did not stop institutional investors from pouring their funds into the industry. The CEO of Twitter, Jack Dorsey, used his payments company, Square to invest about $170 million in Bitcoin. The founder of Sky Bridge, Anthony Scaramucci also tweeted about Stone Ridge’s latest venture.

Bitcoin Crypto News Featured Market Analysis
Disclaimer
Read More Read Less
The information provided on this website shouldn’t be considered as investment, tax, legal, or trading advice. Morning Tick is not an investment advisory platform, nor do we intend to be. The publication, its’s management team, or authored-by-line doesn’t seem liable for your personal financial losses, which may be due to your panic decisions based on the content we published. We strongly recommend considering our stories as just a piece of information, unlike advice, recommendations, or requests. Some of the contents may get outdated, updated, or inaccurate despite our profound editorial policies. We urge readers to do their due diligence before making any investments decision with ongoing IDOs, ICOs, IEOs, or any other kind of financial offerings. Few outbound links may be commissioned or affiliated, which helps us grow financially and maintain healthy editorial norms. For more information, visit disclaimer page.
Share. Facebook Twitter Pinterest LinkedIn Email Reddit WhatsApp
Previous ArticleAnalysis: Cardano (ADA) strong bullish sentiment indicates new ATH
Next Article Cardano surges against the bearish crypto market, captures investment firm interest