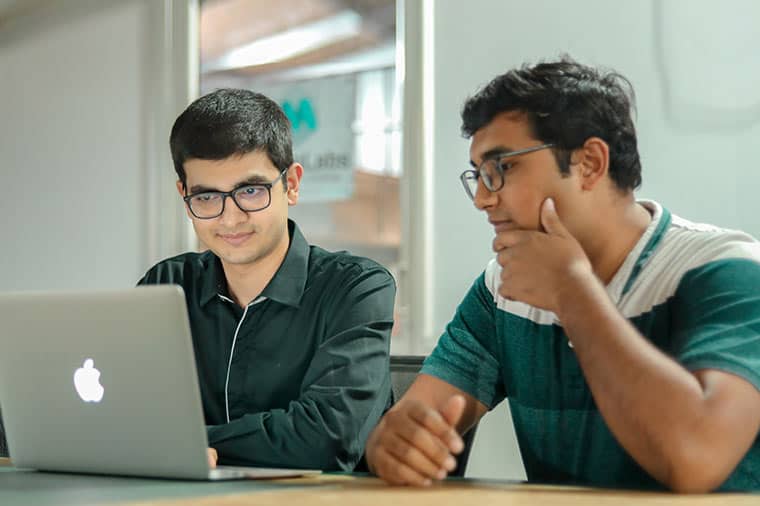 Pixxel, an Indian Space tech startup based in Bengaluru, raised $5 million in seed funding for its hugely anticipated Earth Imaging Satellite launch later this year. The round was led by Blume Ventures, growX ventures, and Lightspeed India. The series also included contributions from Inventus Capital India and other angel investors, including Stanford Angels and Ryan Johnson, a veteran in the earth imaging space.

Pixxel was founded by two 21-year olds, Awais Ahmed and Kshitij Khandelwal, while still studying in their final year of undergraduate studies at BITS, Pilani. They are now gearing up for the launch of the first satellite, scheduled at the end of this year on a Soyuz rocket.

Awais Ahmed, the CEO of Pixxel, said, “Space technology has tremendous potential to make life on earth better and more sustainable. We’re glad that some very high-quality investors have decided to partner with us on this long journey and acknowledged the potential of our technology and vision in making lives on earth significantly better. We look forward to building from India for not only this country but the world.”

Hemant Mohapatra, Partner at Lightspeed India, said of the funding, “The micro-satellite movement, together with easier and cheaper access to space, has led us closer than ever to the dream of providing real-time, 24x7x365 coverage of full planetary data. With COVID-19, we are seeing imagery demand shift even faster away from drones and airplanes to satellites. Their platform-centric approach to satellites, payload, data, and associated AI-led analytics is one of the boldest and most comprehensive we have seen, and we are very excited to go on this journey with them!”

Indian Space tech is on the rise

Pixxel manufactures miniature satellites, which are no heavier than a small refrigerator, in order to create a satellite constellation. This constellation structure would elaborate on the world’s most pressing problems by providing 24-hour coverage of the planet. The data recovered by the satellites would be analysed by Pixxel’s own machinery and predict global difficulties and phenomena. The company has ensured that these satellites would not contribute to space debris problem by programming them to deorbit after serving their tenure.

Pixxel was selected to be a part of the Techstars Starburst Space Accelerator in 2019, a first of its kind space focused accelerator where the company worked with space industry stalwarts such as NASA JPL, US Air Force, Lockheed Martin, and Maxar.

Now, the company has plans to launch 30 satellites by the end of 2022 for its global constellation.

Funding Satellites Science Startups Venture Capital
Disclaimer
Read More Read Less
The information provided on this website shouldn’t be considered as investment, tax, legal, or trading advice. Morning Tick is not an investment advisory platform, nor do we intend to be. The publication, its’s management team, or authored-by-line doesn’t seem liable for your personal financial losses, which may be due to your panic decisions based on the content we published. We strongly recommend considering our stories as just a piece of information, unlike advice, recommendations, or requests. Some of the contents may get outdated, updated, or inaccurate despite our profound editorial policies. We urge readers to do their due diligence before making any investments decision with ongoing IDOs, ICOs, IEOs, or any other kind of financial offerings. Few outbound links may be commissioned or affiliated, which helps us grow financially and maintain healthy editorial norms. For more information, visit disclaimer page.
Share. Facebook Twitter Pinterest LinkedIn Email Reddit WhatsApp
Previous ArticleEV sales surge in South Korea, Hyundai and Kia planning to catch up with Tesla
Next Article Tesla Motors plans to roll out China-made Model Y units in early 2021