‘I have taken a neutral stance on Bitcoin’, Bill Gates declares 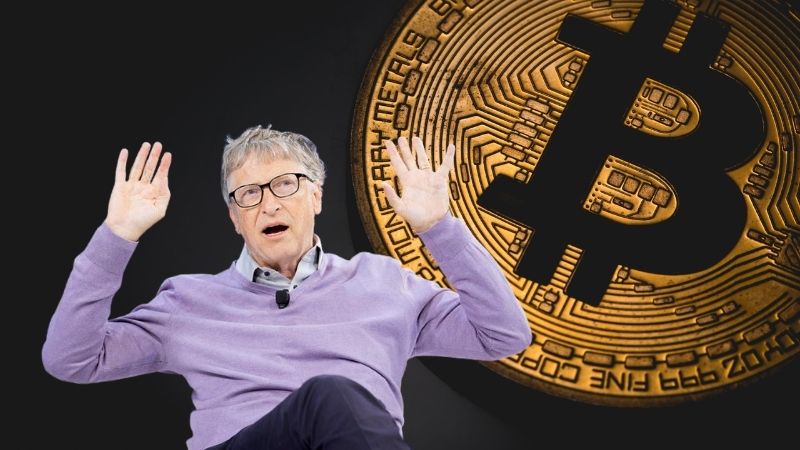 As the world’s biggest cryptocurrency gains more adoption and price growth, recently hitting a new all-time high of $50,000, Microsoft founder Bill Gates has disclosed that he has taken a neutral stance on the digital asset.

Bill Gates made this known while speaking with CNBC, pointing out that he neither invested in Bitcoin nor would like to speculate on the top Crypto’s current price movements.

“I don’t own Bitcoin, I’m not short Bitcoin, so I’ve taken a neutral view. Bitcoin can go up and down just based on the mania or whatever the views are. I don’t have a way of predicting how that will progress.”

However, Bill Gates, a renowned philanthropist, disclosed that his foundation had utilized digital assets to reduce transaction costs while sending funds to developing regions.

It’s important to note that the Microsoft founder has not always been neutral about digital currency. In 2018, Bill Gates condemned Bitcoin, noting that cryptocurrencies were killing people in a “fairly direct way.”

The billions had previously voiced his disapproval of digital currency’s anonymous nature, noting that they can be easily used for money laundering, terrorist funding, and other illegal activities.

Similarly, in May 2018, in an interview with CNBC, Bill Gates had described cryptocurrency as a ‘fool theory’ type of investment.

“As an asset class, you’re not producing anything and so you shouldn’t expect it to go up. It’s kind of a pure ‘greater fool theory’ type of investment,” Gates said.

It is important to note that although Bill Gates has chosen to remain neutral in his stance towards bitcoin and other digital assets. Many other influential individuals have been declaring their support for the top Crypto.

Tesla CEO Elon Musk recently disclosed his support for Bitcoin. In a ClubHouse Livestream, he explained that he wished he had invested in Bitcoin a long time ago.

Notably, the recent massive adoption has been credited as the reason for Bitcoin’s recent bullish run. Currently trading as of the time of writing, the top Crypto was trading at $52,000.

Bitcoin Crypto News
Disclaimer
Read More Read Less
The information provided on this website shouldn’t be considered as investment, tax, legal, or trading advice. Morning Tick is not an investment advisory platform, nor do we intend to be. The publication, its’s management team, or authored-by-line doesn’t seem liable for your personal financial losses, which may be due to your panic decisions based on the content we published. We strongly recommend considering our stories as just a piece of information, unlike advice, recommendations, or requests. Some of the contents may get outdated, updated, or inaccurate despite our profound editorial policies. We urge readers to do their due diligence before making any investments decision with ongoing IDOs, ICOs, IEOs, or any other kind of financial offerings. Few outbound links may be commissioned or affiliated, which helps us grow financially and maintain healthy editorial norms. For more information, visit disclaimer page.
Share. Facebook Twitter Pinterest LinkedIn Email Reddit WhatsApp
Previous ArticleRussian Crypto mining equipment maker records massive demand as Bitcoin rallies
Next Article Binance coin (BNB) and PancakeSwap (CAKE) soars to ATH in parabolic rally