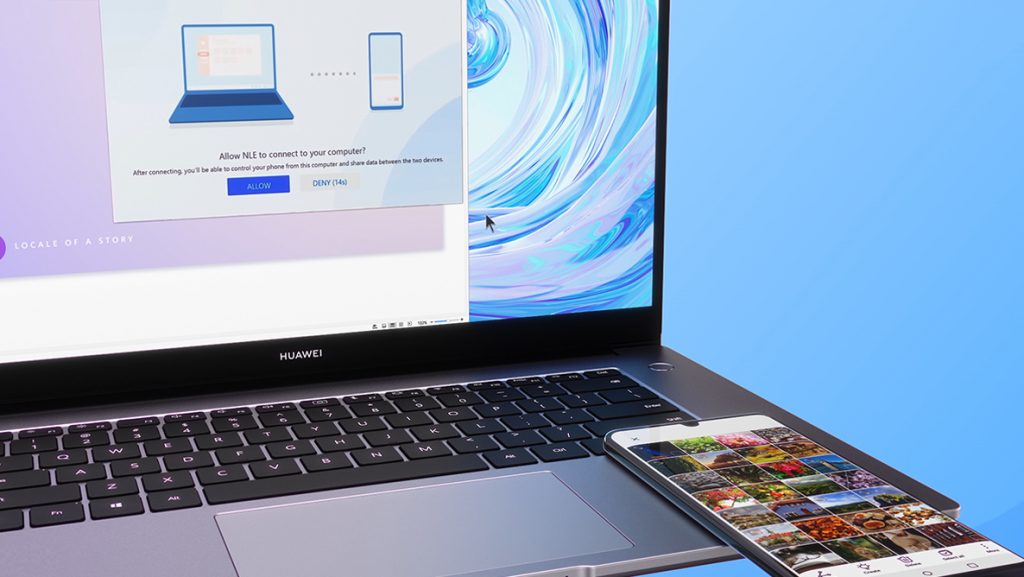 Huawei Technologies continued the successful sales of their devices in Japan, and now seem to be planning to release the MateBook D15 with an updated Intel processor – the tenth generation i5. This updated device will have all of the Matebook’s original features, add some new ones, and improve processing power.

The MateBook laptops from Huawei initially featured the AMD Ryzen series of processors, making this new rendition the first iteration with Intel chipsets. The PC has a large 15.6-inch LCD screen with ful-IPS display. It also has a screen-occupancy of 87% thanks to the narrow 5mm bezels. The screen also supports blue-light reduction technology in order to make long use less straining on the eyes.

The processor in the latest edition of the MateBook D15 is the 10th generation Intel Core i5-10210U. It has 4 cores and 8 threads, and has a clock speed of up to 4.2GHz. This chipset coupled with the sturdy 8GB RAM is set to provide a smoother and faster experience with the notebook. It is also equipped with an Intel UHD620 graphic card.

Other specs of the MateBook D15 include a 256GB ROM storage, a full-Japanese keyboard, built-in speakers and mic, Wi-Fi and Bluetooth connectivity, and a Windows OS.

The MateBook D15 can use a Huawei smartphone as an input tool using the Huawei Share app. Users can use their smartphones to type, while the output would be seen on the screen of the laptop. Huawei’s website says “You can edit the files on the PC by displaying the smartphone screen on the PC screen, dragging and dropping files, or sending messages from the smartphone using the same keyboard and mouse”.

The power-button of this laptop features a built-in fingerprint scanner, bringing in a layer of security to the system. Users can boot and securely log-in using the same button.

Most importantly, the MateBook D15 has a 42Wh battery, providing a long battery life – roughly 10 hours – and it can be charged with ease using the Osamu pocket charger that comes with the laptop. It is a 65W USB-C charger that supports fast charging – 53% in 30 minutes.  Since it is a type-C charger, it can be used for smartphones, too. The PC holds a USB-C port in its body for charging purposes, along with one HDMI port, and two other USB ports.

The Huawei MateBook D15 with the new Intel Core i5 chipset is all set to be released on August 28, with an estimated sales price of 86,800 Yen (approximately US 0) on the ASCII store in Japan.

AMD Consumer Tech Featured Huawei
Disclaimer
Read More Read Less
The information provided on this website shouldn’t be considered as investment, tax, legal, or trading advice. Morning Tick is not an investment advisory platform, nor do we intend to be. The publication, its’s management team, or authored-by-line doesn’t seem liable for your personal financial losses, which may be due to your panic decisions based on the content we published. We strongly recommend considering our stories as just a piece of information, unlike advice, recommendations, or requests. Some of the contents may get outdated, updated, or inaccurate despite our profound editorial policies. We urge readers to do their due diligence before making any investments decision with ongoing IDOs, ICOs, IEOs, or any other kind of financial offerings. Few outbound links may be commissioned or affiliated, which helps us grow financially and maintain healthy editorial norms. For more information, visit disclaimer page.
Share. Facebook Twitter Pinterest LinkedIn Email Reddit WhatsApp
Previous ArticleLG unveils new 32-inch UHD Gaming monitor with 4K display and built-in speakers
Next Article Apple CEO Tim Cook donates 10,715 AAPL shares in stocks to undisclosed charity