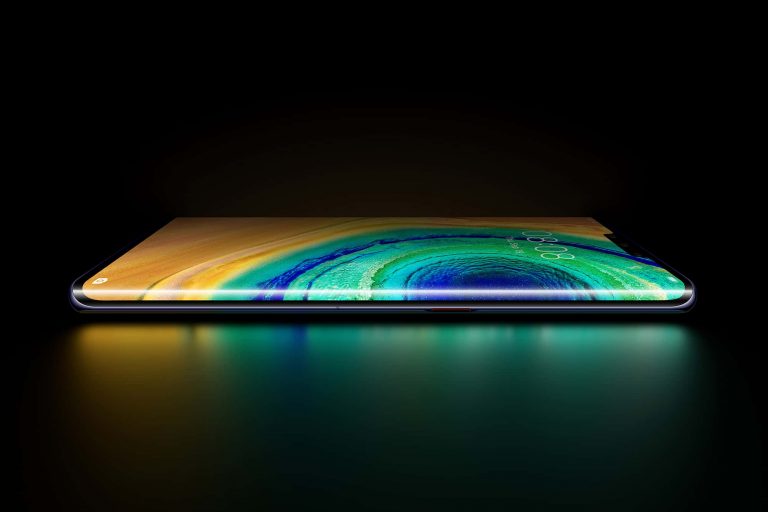 Finally, Huawei has launched its much-anticipated flagship devices, the Mate 30 Pro and Mate 30. These newly released smartphones seriously loaded with tons of features and specs especially the camera arrangements on Mate 30 Pro device.

Talking about the device, it adopts a 6.53-inch Flex OLED Horizon display with a resolution of 2400 x 1176 pixels along with support for HDR 10 and DCI-P3 wide color gamut. The display looks like waterfall screen and it curves at 88-degree angle which is higher Thant eh curvature of recently launched Note 10 series. At the back, the Mate 30 Pro comes with a circular camera setup mounted with four camera sensors.

The company already confirmed that the device won’t come with Google services on board. Still, Huawei managed and brought the EMUI 10 with new features that include Natural Animations, Dark Mode, Always-on-display, Elegant Design and more.

Huawei Mate 30 pro boasts a quad rear camera setup with a primary 40MP with OIS, a 40-megapixel ultra-wide-angle sensor, an 8-megapixel telephoto camera and a 3D depth sensor. The telephoto sensor comes with a 3x optical zoom, OIS, TOF sensor. It is claimed that the primary 40MP RYYB camera works better than iPhone 11 Pro Max in low-light situations. The new RYYB sensor can aboard 40% more light that is 137% more light than iPhone 11 Pro Max does. Check out the Huawei Mate 30 Pro camera Samples!

The sensors can reach up to ISO 409600 and it can offer a 45x zooming range (3x optical zoom, 5x hybrid zoom and 30x digital zoom). Also for capturing videos, the company brought a dedicated 40MP cine camera. The camera supports 4K/60fps video recording with a maximum ISO range of 51200. Also, Mate 30 Pro can shoot the best slow-mo videos with the highest frame rate of 7680fps.

Finally, the battery of the device. Mate 30 Pro packs a huge 4,500mAh battery that supports 40W wired SuperCharge and 27W wireless fast-charging technology. The company claims it can last up to 8.2 hours on a single charge. Huawei also added a “Graphene Film Cooling Technology” to reduce the device heat temperature (up to 3.9degrees cooler).

It is also to be noted, Mate 30 Pro is IP68 water and dust resistant.  The flagship device some with most advanced connectivity design and it supports 5G connectivity (dual nano-SIM). Overall, the device is quite powerful to compete with many flagship smartphones out there in the market. The camera features can match against the high-end DSLR, that’s quite impressive.

As reported, Huawei also unveiled a Porsche Design version of Mate 30 smartphone. The Mate 30 RS Porsche design packs same specs but some changes in the appearance. The Porsche version is priced at 2,095 Euros that’s roughly Rs. 1,65,250 in India.

Huawei confirmed the smartphone will soon arrive in India. Meantime, OnePlus is gearing up to launch its OnePlus 7T device in India. If the OnePlus packs’ similar specs like Mate 30 Pro, then sure gonna be a big competition in the Indian smartphone market.

Consumer Tech Huawei
Disclaimer
Read More Read Less
The information provided on this website shouldn’t be considered as investment, tax, legal, or trading advice. Morning Tick is not an investment advisory platform, nor do we intend to be. The publication, its’s management team, or authored-by-line doesn’t seem liable for your personal financial losses, which may be due to your panic decisions based on the content we published. We strongly recommend considering our stories as just a piece of information, unlike advice, recommendations, or requests. Some of the contents may get outdated, updated, or inaccurate despite our profound editorial policies. We urge readers to do their due diligence before making any investments decision with ongoing IDOs, ICOs, IEOs, or any other kind of financial offerings. Few outbound links may be commissioned or affiliated, which helps us grow financially and maintain healthy editorial norms. For more information, visit disclaimer page.
Share. Facebook Twitter Pinterest LinkedIn Email Reddit WhatsApp
Previous ArticleHuawei Mate 30 Pro Camera Samples beats the iPhone 11 Pro Max & Note 10+
Next Article Kirin 990 could not surpass Snapdragon 855 + on AnTuTu Benchmark test