Huawei CEO confirms the company is working on 6G already 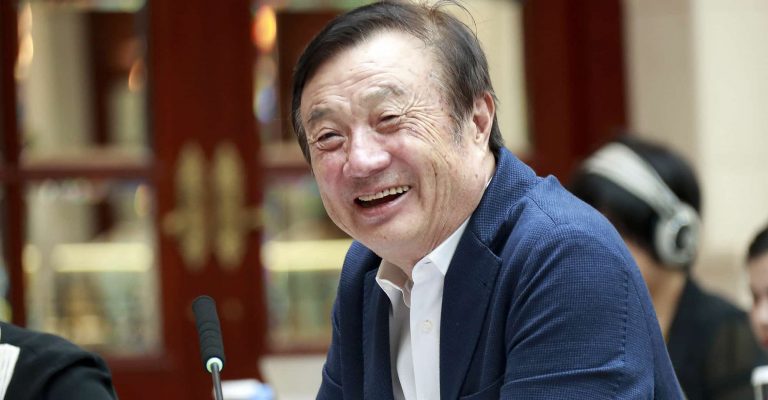 Back in January, during an interview at the company’s headquarters in Shenzhen, founder, and chief executive officer of Huawei Technologies, Ren Zhengfei revealed that the Chinese tech giant Huawei has already begun research and development of 6G.

Right now, we are in the 4G mobile network and slowly and steadily we are moving towards 5G. 5G promises super-fast data speeds along with other capabilities. So far, 5G has been started to roll out in countries like South Korea, U.K., and China but they are not available in large scale yet.

This Thursday, at the CNBC-hosted panel, Ren Zhengfei said: “We have parallel work being done on 5G and 6G, so we started out 6G a long time ago.” He further commented that “it is in an early phase and there’s still a long way to go before commercialization”. According to Ren, 6G technology is still “ten years out.”

As of now, the Chinese tech giant is focusing solely on the improvement of 5G,. So far, Huawei has signed more than 50 commercial 5G contracts which is more than Huawei’s closest competitors Nokia and Ericsson.

The US has accused import of Chinese goods, especially technical gadgets as a national security risk. The US has also forward the theory that China could build backdoors into its networking equipment to allow the Chinese government to spy on Americans but companies like Huawei have throughout denied the allegations.

It is reported that Huawei has been parallels working on both 5G and 6G technologies simultaneously. What do you think about the Huawei 6G? Still, lots of people haven’t even witnessed the 5G connectivity, still the company is already working on 6G research. Share your thoughts in the comment section!

Consumer Tech Huawei
Disclaimer
Read More Read Less
The information provided on this website shouldn’t be considered as investment, tax, legal, or trading advice. Morning Tick is not an investment advisory platform, nor do we intend to be. The publication, its’s management team, or authored-by-line doesn’t seem liable for your personal financial losses, which may be due to your panic decisions based on the content we published. We strongly recommend considering our stories as just a piece of information, unlike advice, recommendations, or requests. Some of the contents may get outdated, updated, or inaccurate despite our profound editorial policies. We urge readers to do their due diligence before making any investments decision with ongoing IDOs, ICOs, IEOs, or any other kind of financial offerings. Few outbound links may be commissioned or affiliated, which helps us grow financially and maintain healthy editorial norms. For more information, visit disclaimer page.
Share. Facebook Twitter Pinterest LinkedIn Email Reddit WhatsApp
Previous ArticleMediaTek 5G SoC spotted on Geekbench: single-core 3447, multi-core 12151
Next Article OnePlus 7T vs Asus ROG Phone 2 Comparison: Which Phone is the best?